Asia-Pacific tech groups have raised record funds from equity markets in the first quarter, with more fast-growing start-ups from the region set to rush on to global stock exchanges in the coming months.

Companies in the region across all industries raised more than $47bn from new listings in the first three months of 2021, according to Dealogic data. The fundraising total climbed to $120bn including follow-on share placements and sales of equity-linked instruments.

Both figures marked the best first quarter on record for Asia, driven in large part by a record haul of $38.5bn in equity fundraising by tech and internet companies. And bankers from across China, India, south-east Asia and South Korea said the listings boom has only just begun.

Turbocharged by digitisation during the pandemic, companies are tapping surging public markets for financial firepower to scale up and expand their businesses. Meanwhile, venture and private equity funds are capitalising on strong demand to exit investments they have held in some cases for more than a decade.

One of the most consequential deals this quarter was South Korean ecommerce app Coupang, the biggest foreign listing in the US since Alibaba in 2014. Its performance has been closely followed by other Korean tech groups looking to go public, such as online grocer Market Kurly and gaming group Krafton.

Coupang, whose valuation at one point soared above $100bn, “made people sit up and pay attention”, Min said. “Rather than everything being centred around the US and Silicon Valley, we are seeing more diverse sources of leading companies and new technologies.”

Many are planning to list in the US or, if they are China-based, Hong Kong. But a growing number are looking to list shares domestically, especially in India.

The rush of listings is “much more regional, much more broad-based than cycles I have seen previously”, said Oliver Cox, who manages JPMorgan Asset Management’s Pacific Technology Fund. 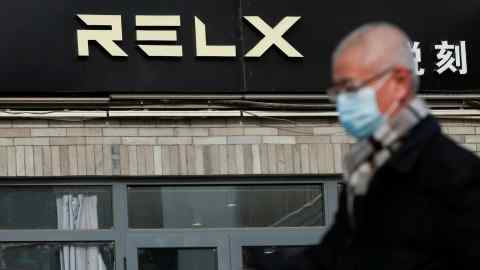 He added that venture capital funds and investors from the region believed attractive valuations and strong demand made the months ahead prime time for listing, even as some of the biggest global tech stocks face pressure from rising interest rates.

Reflecting that demand, Asian tech listings in both Hong Kong and New York have jumped more than 60 per cent on average on their first day of trading this year.

The explosion of special purpose acquisition companies, or blank-cheque vehicles, has also enticed some that might otherwise have waited a few more years to come to market, especially in India.

“I don’t think there’s any doubt that India’s tech space is the last big frontier after China,” said Raj Balakrishnan, head of India investment banking at Bank of America. “It’s probably the most open tech space in the world.”

South-east Asia’s biggest start-up, Grab, which offers ride-hailing, food delivery and payments services, was also considering a Spac listing in the US, said two people familiar with its plans.

But a 25 per cent drop for Hong Kong’s Hang Seng Tech index from a recent high in February underscored the vulnerability of the listings boom.

Trading for Asian technology groups has been “volatile” this year, especially some of the Chinese players, said Pruksa Iamthongthong, a senior investment director at Aberdeen Standard Investments. “Some valuations are coming down,” she added.

*This article has been amended to reflect the correct amount of first-quarter equity fundraising by Asia-Pacific technology groups.