“Don’t be another McKinsey.” So reads the advice to management from a former QuantumBlack employee on Glassdoor, the website where current and former staff leave anonymous reviews about companies.

The advice seems blunt, but perhaps justified. QuantumBlack, the data analytics firm acquired by McKinsey in 2015, is palpably different to its parent the moment you enter its offices. The firm, which began as an adviser to Formula 1 race teams a decade ago, is based in a nondescript building near London’s Trafalgar Square. Inside, it has the hallmarks of a Shoreditch tech start-up: a ping-pong table, copper lampshades, rough chipboard walls.

A wall in its waiting room features photos of people that staff admire, from girls education activist Malala Yousafzai to David Bowie. The atmosphere is informal and feels worlds away from McKinsey’s smart, corporate headquarters in Piccadilly Circus.

Whether QuantumBlack can retain its laid-back atmosphere is another matter. The firm — which features in the data analytics & big data category of the FT UK’s Leading Management Consultants 2019 — has grown at breakneck speed since the McKinsey deal. Headcount has increased nearly tenfold to 300 staff globally and new offices in Montreal, São Paulo, Chicago, Boston and Sydney.

That is “quite a cultural change”, says Simon Williams, co-founder. He admits there is a risk the firm could lose its identity as it grows. “[I’ve gone from] knowing everybody, to not knowing everybody but knowing exactly what they’re working on, to [coming] back from a trip and [seeing] a face in the lift and going — ‘I don’t know who you are’. And I certainly don’t know everything that they’re working on.”

But he says early concerns over culture have been laid to rest. “I think any founder selling their business is realising that they’re selling their baby. We were also very conscious that the sorts of talent profiles we hire are very different to what people would perceive as a McKinsey consultant.

Mr Williams shows no sign of having morphed into a hard-nosed McKinseyite. He is relaxed and his Twitter profile is informal, noting that he is a “fan of fine cartography, beautiful engineering and clarity of purpose”. Few McKinsey executives are found on Twitter.

The geography graduate came up with the idea for QuantumBlack with Jacomo Corbo and Sam Bourton, with whom he had worked previously. They had more experience working in sport, while he has a financial background.

The “bunch of geeks” tried to pinpoint huge numbers of performance-enhancing factors using what is now called “big data”. At the time, many companies could assess the impact of several events, from an interest rate change to a flu outbreak. QuantumBlack offered the ability to evaluate the impact of 3m-4m scenarios in real time.

It examined data that companies did not think useful, from email flows to supply chain statistics. Even the trivial can be valuable. “Email flow can indicate collaboration dynamics between team members. Is this design team talking enough to this engineering team, for instance? ”

They pitched to F1 teams, which he says run thousands of research and development projects a year that have a failure rate of about 97 per cent. “Sports is an incredibly experimental area, which I think business can learn a lot from.”

Growth was initially slow, then in 2012 the company won a contract to work with Crossrail, the new railway line linking London to the South East. “That was a big breakthrough because it wasn’t fast-moving and it wasn’t glamorous. But it was really, really important.”

By 2015, the firm had 35 staff and clients from engineering and aerospace groups to pharmaceutical companies. Talks with McKinsey began when they realised analysis needed to be supported by showing clients how to implement changes. “Once you’ve identified how you might improve an organisation, you actually need to change it,” he says.

The founders decided to sell to McKinsey and forge a beneficial partnership. Keeping some distance between QuantumBlack and McKinsey’s offices has been crucial. 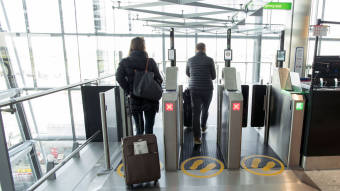 The consultancies most recommended by clients and peers, rated by sector and specialism. Plus: the Brexit bonanza; do firms practise what they preach on diversity?; regulation — the great divide