Attract the talent so tech can thrive in Greece

Like shipping, the country’s technology sector could flourish in a global market with the right people
Aristos Doxiadis

Greece’s technology sector is small but fast-growing. Software and electronics companies employed 28,000 people in 2017 — less than 1 per cent of the country’s workforce — but that represents an increase of more than 50 per cent since 2013.

Among start-ups, there have been three tech exits at valuations above €20m over the past five years, while there were none before that. There are just six or seven homegrown tech companies valued at more than €100m, but this is up from two in 2014. We are yet to see the first Greek unicorn — a tech start-up with a $1bn-plus valuation — or even companies that are halfway there.

So are these small successes flashes in the pan or harbingers of something bigger? Pessimists may argue that recent growth has been driven by transitory factors and is not an indication of structural shifts towards knowledge-intensive industries. There is some truth in this.

The drop in domestic demand and public spending after 2009 blocked traditional career paths for the educated middle class. Instead of becoming doctors or civil servants, some founded start-ups. Mathematics graduates honed their programming skills and went to work in business, rather than becoming teachers.

As labour costs dropped, a few multinationals set up development centres and customer support units in Greece. Arguably, as the economy picks up, led by tourism and construction, incentives may shift again, so the supply of technology entrepreneurs and developers could dry up.

Public funding initiatives have helped. In 2012, the government allocated €50m to four small venture capital funds that invested a total of €73m in 63 start-ups. Such technology funds were new to Greece. Without these, some of the success stories would not have happened.

In 2017, six similar funds were financed by EquiFund, an entity set up by the Greek government and the EU’s European Investment Fund. These are expected to invest a total of €210m by 2023 in 150 ventures. However, a healthy start-up ecosystem cannot rely on public funding for ever. Will the Greek technology industry attract enough private capital to keep growing? Some doubt it will.

Optimists, however — like me — argue that technology businesses are better suited to Greece than many other industries, so comparative advantage will drive more talent and more capital in that direction. It is still hard to obtain permits for factories and logistics parks, but easy for offices and laboratories. It is risky to tie up capital in plants and equipment in a country of unpredictable legislation and bureaucracy, but you can build up the human resources of a development team gradually. If the business environment turns bad, the key people can move elsewhere without much cost and continue working for the same employer.

In addition, the market for technology products and services is global and less constrained by transport costs, or by local customs and rules, than other sectors. Small companies are relatively insulated from unfavourable market conditions at home. Greek shipping has survived and flourished for similar reasons: footloose, small, highly skilled teams, and an inherently global market.

But being less disadvantaged than other sectors does not guarantee businesses will thrive. A flourishing technology industry must build on local strengths, especially entrepreneurs, engineers, scientists, designers and salespeople. The situation is mixed in this regard.

Entry-level developers, statisticians and designers are abundant, and many are talented. Experienced people are harder to find locally because there are few large companies where they may have worked. There is, however, a huge potential source of human capital: the Greek diaspora. Hundreds of thousands of Greeks have emigrated since 2010, many of them to leading corporations and universities. Many are looking to return, or to build professional links with their home country.

Some of the best start-ups we see at Big Pi Ventures are founded by Greeks in the US or Europe, who have decided to establish their research and development team and their support units back home. Cost is a factor, but lifestyle and sentiment also count. Founders say employee loyalty in Greece is much higher than in the overheated markets of Silicon Valley or London. Such start-ups can attract senior engineers or salespeople from abroad, who then train their younger local colleagues. A virtuous cycle is set in motion.

An untapped resource is the research community. Greek universities and institutes produce world-class research, as measured by publications and citations, but little is converted into patents and products. Some people are working to change this. The global trend in disruptive innovation, which expands beyond software to materials, life sciences, agriculture, energy and robotics, has opened up opportunities for researchers to move to business, often in combination with intellectual property they have developed in academia. Science-based start-ups are being created. Expect to see some global successes in the next five years.

Another resource is the pool of smart, hardworking people from poor families. Every economy has them. They often receive a good education yet may not be able to get top jobs, because these require social connections. Greece is dominated by family companies, where ownership and control are only for relatives. Tech start-ups provide an exception. Driven by the necessity to grow, compete or die, they hire widely, promote the best performers and share ownership. Meritocracy unlocks potential.

A thriving technology sector also needs multinationals to set up in the country. A common route is via acquisition. In the few cases so far where local companies were bought by global corporations, they have decided to expand the workforce substantially. This validates the thesis that Greece can be a valuable link in global innovation.

All things considered, there is a good case for a coming technology boom in Greece. But then optimism is mandatory in my profession. 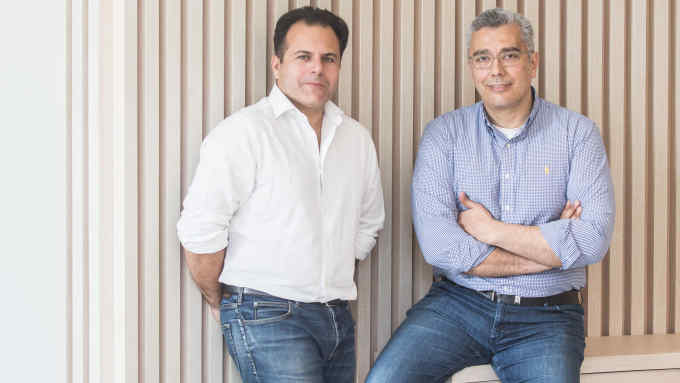