Rules-based international order has lost its sense of direction

Companies weary of trying to keep supply chains clear and functioning in the face of the wave of protectionism triggered by the US administration might be forgiven for thinking that the world is already in the grip of a trade war. Yet could 2020 prove to be even worse than previous years?

In some areas, a precarious peace has been established. There are no certainties where US President Donald Trump is concerned, however, whether in trade or much else. This being a presidential election year, if Mr Trump thinks that a bout of trade conflict might bolster his image as an “America first” leader, he is capable of almost anything.

Trying to find a consistent rationale — hence a means of forecasting — for US actions on trade has proved impossible. Sometimes the president seems motivated by the need to make deals. Sometimes he seems to want conflict for its own sake. The political tension with Iran might distract him from starting fresh trade battles, or it might inspire him to go for confrontation on all fronts.

After years of insults, the uneasy calm between the US and China has just seen the sides sign the supposed “phase one” of a longer trade deal. Under its terms, Washington will call a halt to a planned round of further tariff increases, with Beijing agreeing a series of targets for purchasing inputs from the US.

How long this deal lasts is highly uncertain. The original US demands on China in return for easing off the tariff increases were a comprehensive list of deregulatory actions.

Adhering to such demands would have fundamentally changed Beijing’s interventionist economic approach. In particular, this was the case with its “Made in China 2025” strategy of seeking to establish dominance in a number of high-tech sectors over the next few years — through a combination of research and development, and subsidies, including cheap credit.

It was improbable that China would dismantle its entire policy superstructure just to buy some peace from the US, and it seems unlikely that a meaningful phase two of the deal will arrive this year. If Mr Trump feels he has been cheated, his wrath could be fearsome.

Things appear only a little better with the president’s other main adversary, the EU. In theory, a similar peacemaking deal to that agreed with China has been in the works since 2017. Mr Trump and the then European Commission president, Jean-Claude Juncker, agreed to work towards a deal to eliminate longstanding industrial tariffs. As part of this, the EU also agreed to buy some US soyabeans — though how the commission, a bureaucratic organisation with no procurement function, can ensure such a feature is anyone’s guess.

The talks with the EU have gone almost nowhere. No deal on industrial tariffs is likely to pass the US Congress without some treatment of agricultural matters as well. Brussels refuses to discuss them. Given that small advances in regulatory competition are all that are likely, Mr Trump is unlikely to be happy.

In the meantime, more irritants in the transatlantic relationship have arisen. France last year proposed a tax on turnover for digital services. Paris thought it had a deal with the US to push forward with the tax, while a broader solution was being worked out internationally.

However, no one appears to have won the backing of US trade representative Robert Lighthizer for this. In December, he threatened to impose tariffs on the EU if France persisted with its efforts. Paris has so far refused to back down and the EU as a whole has said it will stand behind France.

There is further potential for tension between the EU and the US. The Airbus-Boeing case, for example, remains unresolved. A World Trade Organization ruling this year is expected to allow the EU to impose tariffs on US imports as a result of illegal subsidies to Boeing. This follows a similar victory for Washington against Brussels last year.

The WTO itself is looking for direction as a consequence of Trump administration pressure. Though the supposed guardian of the rules-based global order, the WTO has seen its dispute settlement system damaged by the US refusal to appoint new judges to its appellate body.

The WTO is not dead — negotiations in such areas as fisheries and ecommerce continue — but its future as a dispute mediator is in doubt. Its two-yearly ministerial meeting — this year in Kazakhstan in June — is likely to amount to a damage limitation exercise rather than anything more constructive.

Businesses seeking a reprieve from trade tensions in 2020 may well be disappointed. A series of individual relationships, indeed global trade as a whole, are precariously balanced. While a catastrophe of all-out trade war is unlikely, yet more so is the prospect that circumstances will have returned to predictable stability by the year’s end. 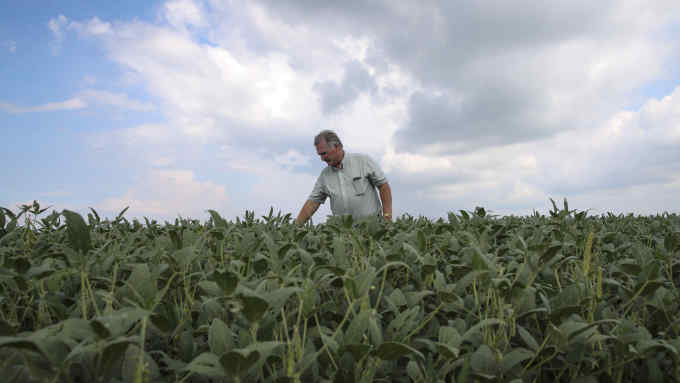