US stocks held on to their gains following the release of minutes from the Federal Reserve’s July monetary policy meeting, as fresh optimism over consumer spending countered recent worries over economic growth.

The S&P 500 jumped 0.8 per cent higher on Wednesday, boosted by strong earnings from retailers Target and Lowe’s, which underlined the health of the American consumer even as concerns hang over the wider economy. Shares in the two retailers soared with Target leading the S&P, rising more than 20 per cent and closing at a record high.

The quarterly reports fuelled hopes for resilient growth in the face of global headwinds and trade tensions, after upbeat data on domestic retail sales and a brighter outlook from industry behemoth Walmart cheered investors last week.

The Nasdaq Composite and blue-chip Dow Jones Industrial Average each added 0.9 per cent.

Stocks also rose across Europe. The continent-wide Stoxx 600 gained 1.2 per cent in a broad-based advance that took it to its highest levels since early August. In Asia, equities outside Japan slipped 0.1 per cent, according to an MSCI gauge. Tokyo’s Topix slipped 0.6 per cent.

With a light economic calendar on Wednesday, investors were closely watching a summary of Fed rate setters’ discussions during their late-July meeting.

The minutes showed that members of the policy committee were split on whether to lower interest rates and viewed the July rate cut as a “recalibration” of current policy, echoing prior remarks from chairman Jay Powell.

Wall Street largely held steady immediately after the news, though the two- and 10-year yield curve briefly inverted for the second time in a week. An inverted yield curve — when yields on long-dated debt fall below those of short-dated debt — is considered a sign that investors expect a recession.

Policymakers chose to cut rates for the first time since 2008 last month in what Mr Powell insisted was a “mid-cycle adjustment.” Markets are still expecting several more quarter-point reductions to the central bank’s benchmark interest rate.

President Donald Trump unleashed another sharply-worded attack on Mr Powell earlier on Wednesday, as he renewed his near daily calls for a “big cut” in interest rates.

“The only problem we have is Jay Powell and the Fed. He’s like a golfer who can’t putt, has no touch. Big US growth if he does the right thing, BIG CUT — but don’t count on him!,” the president tweeted. 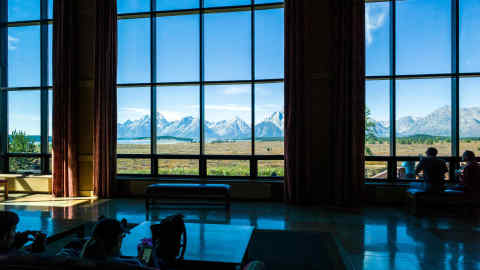 “We expect Powell to preface his prepared remarks with an update on current conditions that acknowledges continued risks from trade and global growth, similar to the July statement,” said Ellen Zentner, economist at Morgan Stanley.

She said it would be “premature” to expect Mr Powell to lay out specific plans for the next meeting, in September, in which some market participants are expecting an unusually large rate cut of half a percentage point.

Markets Briefing is a concise look at global markets, updated throughout the trading day by Financial Times journalists in Hong Kong, New York and London. Feedback? Write in the comments below or send us an email.