Lead the way with 50% off
Next Act

Jump to comments sectionPrint this page
Next Act updates

Sign up to myFT Daily Digest to be the first to know about Next Act news.

Travel is one of the joys of retirement. From cruises around the Med to exotic trips to far-flung destinations, the boundaries are endless.

So, it seems, is the scope for insurance companies to charge huge premiums for travel cover.

Travel insurance has long been a source of frustration for travellers in their 60s or older. For those with pre-existing medical conditions, the problems are even worse.

A recent study from the Financial Conduct Authority into travel insurance for people with cancer found that one person — who has low-grade bladder cancer with no ongoing treatment requirements — was charged £450 for a six-day trip to the US. Macmillan Cancer Support says that some people pay thousands of pounds for cover.

The FCA said it was concerned about a “lengthy, distressing search for consumers, during a period of vulnerability”.

Steven Mendel, chief executive of the insurance group Bought by Many, says: “A lot of insurers ask vast amounts of medical underwriting questions. It is not uncommon for underwriters to have potential policyholders on the phone for 90 minutes to two hours.”

He adds that the over-70s face high charges, regardless of whether or not they have pre-existing conditions.

Faced with the prospect of a lengthy, detailed phone conversation followed by a sky-high premium, it is hardly surprising that some people choose to do without travel insurance at all.

Relief may be at hand though. Kevin Pratt, a consumer affairs spokesman at Moneysupermarket, the price comparison site, says that the market is changing.

“Insurance companies are more willing to consider people of older age than they were in the past,” he says. “We are healthier at an older age now, and we are fitter for longer.”

Innovation is also slowly making its way into the market, which could help to bring costs down. Bought by Many gathers together groups of people with similar interests — from Abyssinian cat owners to the travellers in their 70s — and then bulk buys insurance cover for them.

It has recently started selling its own travel insurance for people with pre-existing medical conditions. “We do a very different thing. We don’t ask any medical questions at all. We only ask how old you are, where you are going and for how long,” says Mr Mendel. 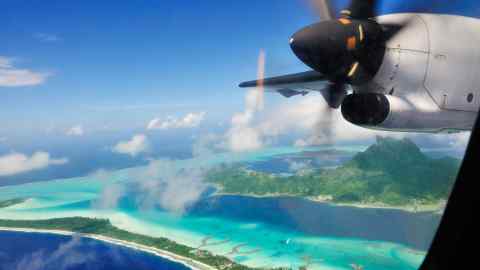 He admits that Bought by Many’s approach does not make it the cheapest option for some people, but he says that others may be able to get travel insurance when previously they have struggled to find a reasonably priced quote.

Regulators are also taking action. Alongside the FCA’s study into travel insurance for people with cancer came several recommendations that should improve the current situation. The regulator wants to make it easier for people to find specialist insurers who are, in its own words, “crowded out of the advertising market, unable to compete with the high-cost and high-visibility campaigns of mainstream providers.”

The specialists themselves say that have a lot to offer. Chris Rolland is chief executive of AllClear, which sells travel insurance to people with pre-existing medical conditions.

“Some people don’t want to write these kinds of risks so they don’t put a lot of time and effort into it,” he says. “We try to ensure that no one is uninsurable. We can price cover differently to anyone else because we’ve been doing this for many years.”

Whichever route you choose, there are a few things to bear in mind when buying travel insurance. The first is not to be automatically put off by a lengthy phone call.

“There is a trade off between short calls and higher prices, or long calls that get closer to the risk,” says Mr Rolland. The more the insurer understands your particular circumstances, he says, the easier it is to get the right price for the insurance.

The second is to declare everything. This is one thing that everyone agrees on. If you miss out a medical condition, however old or insignificant it seem, there is a chance that the insurer might either deny a claim or only pay a part of it. Yes, it might push up the price, but what is the point of having insurance if it is not going to pay out when you really need it?

Third, look closely at what is covered. Some insurance policies include cancellation cover. That’s worth having if you book a long way in advance, but a waste of money if you book to travel the next day.

Finally, be aware that the type of holiday you go on will affect the premium. The added cost of adventure activities should come as no surprise. But insurers are also wary of cruises, a mainstay of the retirement travel scene.

“Insurers are fastidious about cruises, which have been prone to food poisoning,” says Mr Pratt. “That is something the insurers would take into account. The other thing about a cruise is that they go to a number of locations, and people take some of their belongings onshore. That might make the risk greater in the eyes of the insurance company.”

Nobody should allow insurance to dictate their travel plans. But for some people, and some trips, it is well worth taking that extra bit of time to shop around.