Boris Johnson’s triumph in Britain's general election in December brought relief to many EU leaders who had become exasperated by years of UK prevarication over Brexit.

Even German chancellor Angela Merkel, who had harboured hopes of Britain reversing the decision to leave the EU, seemed pleased. “Many are now happy to see a clear result,” she said. “Boris must be recognised for having managed to convince lots of citizens. Chapeau.”

The World Economic Forum meets in Davos this week for its 50th annual meeting, with Britain’s formal exit from the EU on January 31 bound to be a feature of conversation among WEF delegates.

As for the EU, Britain’s departure will mark the end of an agony that long eclipsed other important matters for the bloc’s remaining 27 members. It has been a wrenching, debilitating experience but Britain will soon be out and unable to disrupt EU decision-making.

With a new European Commission in place led by Germany’s Ursula von der Leyen, the EU will be able to focus on its big priorities. These include its ambitious European Green Deal strategy to reduce carbon emissions, and preserving its technological expertise and industrial base against US and Chinese competition. It will also have to conclude contentious negotiations over a new seven-year EU budget and may have to deal with a trade war initiated by US President Donald Trump.

Still, negotiating a future trade and security relationship with the UK is bound to eat up a lot of EU energy in 2020. Mr Johnson’s promise, now being written into legislation, not to extend Britain’s transition period beyond the end of the year, sets up a race against time to agree a trade deal. This risks a threat of cliff-edge economic disruption for the EU if one cannot be reached. 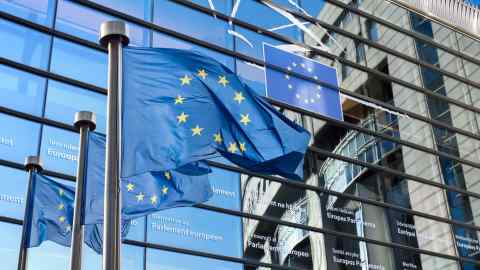 EU officials have warned London that reaching a trade deal by the end of 2020 will be very difficult. France and Germany already see Britain, outside the EU, as a commercial rival. The EU will insist, given the size of the UK economy and its proximity to the single market, that the UK agrees to a regulatory level playing field in return for a supposedly bare-bones “zero-tariff, zero-quotas” deal for trade in goods. Mr Johnson insists on the right diverge.

“We do not want them to be an unfair competitor,” President Emmanuel Macron of France said at the EU summit in December in the wake of Mr Johnson’s thumping UK election victory. “My message to the UK is that the more loyal we are vis-à-vis each other, the closer relationship we can have.”

Even if the two sides could agree to some kind of alignment in principle, working out a mechanism for adjudication of disputes and enforcement is likely to prove highly contentious.

The British government is counting on European exporters leaning on their governments to cut a deal with London, or risk losing tariff-free access to Britain’s lucrative market. But UK hopes of dividing the EU on the matter have so far been unfulfilled.

Time pressure will “focus minds on the continent and make it easier for the EU27 to maintain unity”, says Agata Gostynska-Jakubowska of the Centre for European Reform think-tank in Brussels. “The idea that they will crack in the later phase is overplayed.”

The EU has plenty of other faultlines to contend with. The prospect of the UK leaving has already shifted the balance of power within the EU and unleashed new dynamics between its members.

Brexit will remove a powerful advocate of liberalisation and single market integration from the bloc, and one of its strongest military and diplomatic powers, which could shift the EU’s geopolitical stance: “Will the EU as a foreign policy actor become softer on Russia?” says Anand Menon, director of The UK in a Changing Europe, an academic think-tank. “The answer is probably ‘Yes’.”

For the moment, though, the EU has maintained unity on economic sanctions against Moscow. Britain has also aligned itself with France and Germany in giving less than enthusiastic backing to the recent US assassination of Iran’s general Qassem Soleimani.

Brexit has enticed countries such as the Netherlands and Ireland, which often hid behind Britain’s coat-tails while it advocated open markets and prudent finances, to focus more on representing themselves. The Dutch government has become a leader of a new Hanseatic League of parsimonious northern eurozone members. Ireland has set about building alliances with big member states to protect its future interests against those of a non-EU UK.

Will the EU as a foreign policy actor become softer on Russia? Probably yes

Henrik Enderlein, president of Berlin’s Hertie School, which specialises in international affairs, says Britain’s impending EU exit has already been a catalyst for profound changes in Europe. It has put France and Germany more squarely in the EU’s driving seat and on a more equal footing than before. Non-eurozone countries are in an increasingly marginal second tier. Debate has shifted against enlargement to new members in the Balkans and in favour of deeper integration. The EU’s geopolitical positioning may well evolve with a push towards a security alliance that could rival Nato.

Behind such changes is resurgent French influence under Mr Macron. This could lead the EU in a more protectionist and anti-US direction. It might also exacerbate tensions between France and new eastern European EU members, who fear relegation to second-class bloc status.

“Power is shifting to France and Germany,” says Ms Gostynska-Jakubowska. “But Germany is extremely weak, with domestic politics paralysing its leadership in the EU,” she adds. This “strengthens France and leaves Poland and others extremely uneasy”. 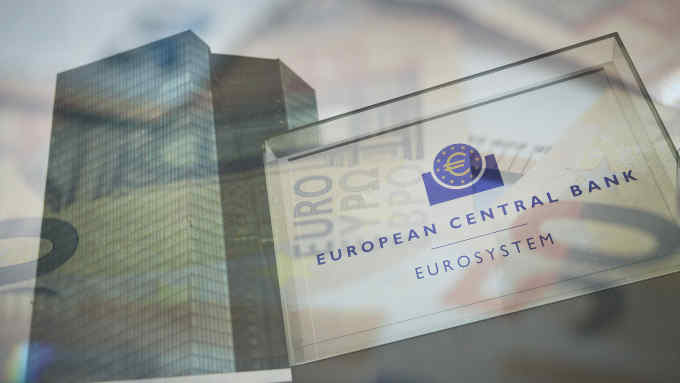