Europe is right to kill off the criminals’ favourite banknote

May 8, 2016
Jump to comments section Print this page

Most of the time I use this column to recommend policy changes that I believe would make the world a better place. This time I am saluting a policy change I believe will have significant benefits — one that carries with it important lessons.

The decision of the European Central Bank last week to stop producing €500 notes permanently is a triumph of reasonable judgment over shameless fearmongering. As Peter Sands, the former chief executive of Standard Chartered bank, wrote with several Harvard academics in a paper published this year, the ECB’s action will make the world a safer, fairer place and offers lessons for the future.

Almost everything in life, and in public policy, has both good and bad aspects. Cars provide great transport services but sometimes have devastating accidents. Liquid financial markets provide worthwhile benefits to savers and investors but can be driven to speculative excess. High denomination currency notes stand out as a case in which the good uses are dwarfed by the bad ones, and that is why they should be eliminated. Britain’s Serious Organised Crime Agency has estimated that, before their availability was curtailed in 2010, more than 90 per cent of demand in the UK for €500 notes came from criminals.

Who in today’s world needs cash for a legitimate $5,000 transaction? Indeed, the ECB found in a study that 56 per cent of the EU public had never laid eyes on a €500 note. Cash transactions of more than €3,000 have, in fact, been made illegal in Italy; in France, the maximum is €1,000. Anyone who thinks that abolishing a high denomination note damages a country’s currency or its citizenry should note that the US and Canada have phased out the $1,000 note — and, in the case of the US, the $500 note — without noticeable complaint.

The ECB policy is at the gentle end of the reasonable spectrum of possible policies. Unlike in the US, no effort is being made to stop the use of existing notes as legal tender and the policy is being implemented only at the end of 2018.

Even after this measure, the ECB will continue to issue notes more than twice as valuable as the highest denomination notes issued anywhere else in the Group of Seven leading industrialised nations. And certainly there is no suggestion that eliminating cash would be desirable or is in conceivable prospect.

By contrast with normal commerce, €500 notes have an important role facilitating illicit activity, as suggested by their nickname: Bin Ladens. Measurement is obviously difficult but estimates by Friedrich Schneider of Johannes Kepler University Linz suggest that physical cash is used in 80 per cent of the global drug trade, 70 per cent of small arms trades, 50 per cent of human trafficking transactions and 50 per cent of transactions for human organs. Estimates by the International Monetary Fund and others of total money laundering consistently exceed $1tn a year. High denomination notes also have a substantial role in facilitating tax evasion and capital flight.

To be sure, it is hard to estimate how much crime will be prevented by the halt in production of €500 notes. It will surely impose some burdens on criminals and might interfere with some transactions. The main point is that even a small reduction in crime would more than justify the loss of any possible benefit that comes from the €500 note. 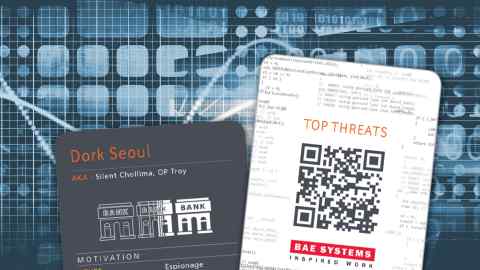 In this instance, Europe has taken the lead on a significant security issue. But its action should be seen as a beginning rather than an end in itself.

First, the world should demand that Switzerland stops issuing SFr1,000 franc notes. After Europe’s bold step, these notes will stand out as the hard-currency world’s highest denomination note by a wide margin. Switzerland has a long and unfortunate history with illicit finance. It would be tragic if it were to profit from criminal currency substitution.

Second, the question of the facilitation of criminal activity should be placed prominently on the agenda of the Group of 20 leading nations. There would be a strong case for stopping the production of notes with value greater than, perhaps, $50, and also for greater co-operation to assure that new financial technologies, such as bitcoin, do not become vehicles for facilitating illicit transactions.