How the safety of automated flight is challenging tech experts

We’ll send you a myFT Daily Digest email rounding up the latest Drones news every morning.

While much of the popular discussion around automated transport focuses on self-driving cars, engineers are also looking to the skies. Both the risks and the opportunities inherent in air transport of the future are drawing in some of the best minds in artificial intelligence, engineering and urban planning.

Elaine Whyte, UK drones lead at consultancy PwC, is an advocate for using the air as a new channel for urban transport. Speaking at a roundtable last month on drones organised by Nesta, an innovation charity, she said the space over the river Thames could be used to carry people or goods, potentially landing at pontoons moored along the waterway.

In comparison to “all the trains jam-packed, the roads packed, the pavements packed”, Ms Whyte said the air is as yet clear — a “benign channel”. The same benign image is projected in many sleek promotional videos touting the aircraft of the future, usually featuring a single flying taxi traversing an otherwise pristine blue sky.

Ms Whyte, previously a safety and airworthiness engineer in the RAF, said air taxis will need to be held to the same safety standards as a century of aviation has already established: “This is likely to be a significant barrier to entry and require different skillsets for those potential manufacturers new to this sector.”

Safety is also at the top of Anita Sengupta’s mind. A rocket scientist and ex-Nasa engineer, she co-founded the Detroit-based start-up Airspace Experience Technologies.

The company is developing an on-demand air taxi that it claims would enable urban commuters to travel five times as fast for the same price as an Uber-like service now.

Just how benign would the skies look in 30 years’ time? They would not be crowded with air taxis zooming along in proximity, she maintains. “You’d never have them as shown in Star Wars movies because it would not make sense.”

This is because aerial taxis would need to be properly spaced for safety, Ms Sengupta says, with “an airspace bubble” around them in case of emergency. Take-off times would be regulated, possibly by an air traffic control system that would have human overseers as long as safety considerations required it, before eventually becoming autonomous.

There is no one-size-fits-all solution: each city poses unique challenges

Richard Parker is founder of Altitude Angel, which is developing an unmanned traffic management system for autonomous drones: vehicles which steer themselves.

He envisages a busier sky, with a buffer around aircraft that is smaller than the scale we see today — “metres rather than miles”. An elongated drone will have a bigger zone in front, he says, whereas a drone which hovers will have more of a spherical buffer.

Mr Parker predicts that air taxis will fly along “free routes”, determining their own path, until they come to defined locations for take-off and landing, much like a bus depot or train station today, where they will need to follow a fixed route. We will also need to have much richer urban maps than today, he says, to ensure aircraft can navigate with great precision.

Mr Whalley thinks that air taxis might — a century later — be the bright future which people thought helicopters would bring in the postwar years. Helicopter taxi services failed because they were expensive and noisy, he says, “but you have a feeling that something is different this time”.

The possibility of getting efficient, inexpensive vehicles into the air is growing. But they cannot be ultimately successful without first being demonstrably safe enough to gain the trust of potential passengers. Safety considerations are paramount to the business model and, as such, are receiving plenty of attention from investors.

“You can really see that the technology and the massive investment that is going into those vehicles around the world,” Mr Whalley says. “They could finally achieve that dawn that they never achieved back in the 1950s and 1960s.” 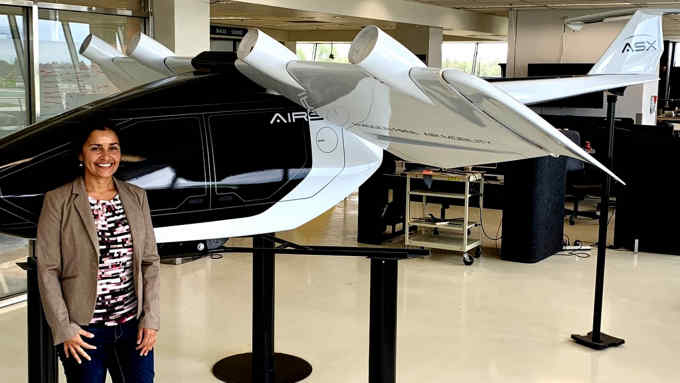