Playing with fire: the candles too beautiful to burn

The new sculptural It candle is more artwork than waxwork

“It got popular very fast,” says Dutch designer Lex Pott of his deceptively simple Twist candle, which might be something of an understatement. It’s loved by fashion influencers and, according to Pott, regularly sells out – an It candle, if you will. But it’s part of a bigger movement: that of the sculptural candle. Candles are no longer just candles, no longer simply an accessory for tablescaping, no longer a mere home fragrance. Candles and candle-making have become an art form in their own right.

Pott’s design came about rather serendipitously: after a heatwave left some candles in his studio melting, he realised that the sun had made the wax flexible, “like clay to sculpt”. The double-ended candles are handmade in his Rotterdam studio, with sinuous twists in the wax forming a base that is part of the candle. As elegant as it is minimal, the Twist is equally at home as part of a sophisticated table setting or decorating a set of shelves. No less stylish is the designer’s Knot series, another collection of double-ended candles but with bases that have more elaborate and complex twists and turns.

Another designer pushing the boundaries of what a candle is and can be is Brooklyn-based sculptor Andrej Urem, who began making candles nine years ago. His 34-strong collection – handmade in Brooklyn from 100 per cent organic wax – features architectural shapes and organic forms that are almost more intricate miniature sculpture than candle. Once alight, the wax is illuminated as if it were a lantern.

Sculptural candles, however, are not merely the remit of designers and artists. Since 2008, French candlemaker Cire Trudon, established in 1643, has been collaborating with the French National Museum Organisation on elaborate reproductions. The collection includes wax busts of Marie Antoinette, Napoleon and Louis XIV, as well as slightly more obscure pieces such as a small ex-voto hand discovered in archaeological excavations in Syria in the 1850s.

“Each Trudon bust is made by hand within our Normandy workshop and the designs are chosen by us together with the Réunion des Musées Nationaux curators for their decorative appeal and historic references,” says Cire Trudon creative director Julien Pruvost. “Each piece resonates with our commitment to preserving a piece of the past.”

Candles have become an art form in their own right

With the amount of craftsmanship that goes into these wax sculptures, it’s hardly surprising that they are not intended for lighting. These are meant to be feasted on visually, rather than burnt – the wick in these pieces is purely ornamental.

Other sculptural candles are more playful in nature – key among them is the Goober. This collection of four playful, plump blobs in pretty pastels is designed for home accessories brand Areaware by the Brooklyn studio Talbot & Yoon, run by architects Mark Talbot and Youngjin Yoon. Each has “a distinct shape and character” including a name of its very own (Eh, El, Em and Eph).

Every bit as much fun as the Goober is the work of London brand Esh. Its pieces are also something of an exception because, unlike most sculptural candles, they are also scented. The brand’s flagship candles – hyper-realistic citrus fruits in the form of Meyer lemons, mandarin oranges and limes – are made with cold-pressed essential oils that have a clean, warm, zesty aroma. Other offerings include the Tie-Dye Star Pillar, which is softly scented with lavender, and the Orb candles, infused with concentrated essential oils including Eden rose, clary sage and English lavender.

Sculptural candles may be having a moment, but it looks like one that is here to stay if the eager anticipation of Esh’s weekly drops and constant sellouts are anything to go by. As many a customer has exclaimed on Instagram: “We’re obsessed!” 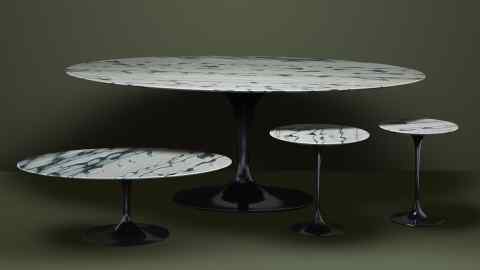