The long and winding road to economic recovery

The financial crisis that began in the US housing market had turned, by August 2007, into a full-blown global credit crunch that plunged countries around the world into recession. In the US, the economic downturn was the deepest since 1945 and the longest since the Great Depression.

The US economy had made back that lost ground by 2011, but knock-on sovereign debt crises in the eurozone would delay many European economies’ recovery — and for some, the ground has still not been made up. Unemployment in Greece remains at 23 per cent, some 15 percentage points higher than in 2007.

Stock markets in most countries have powered to new highs, in part thanks to the monetary stimulus that central banks used to try to pull their economies — and their housing markets — back to health, but the next chapter, in which that stimulus will be removed, is yet to be written.

Explore the series
READ MORE
Whatever happened to the global savings glut? 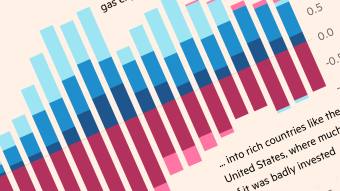