Nearly 30 years after the publication of her groundbreaking guide, Julia Cameron wants us to listen up

Julia Cameron worries that her new book may be too “woo woo”. The bestselling author of the 1992 creativity bible The Artist’s Way: A Spiritual Path to Higher Creativity has been reticent to tell even friends about her daily communion with those “beyond the veil”, of whom she asked guidance and support, and which the new book, The Listening Path: The Creative Art of Attention, touches on. She shouldn’t have worried. As one friend, a Jungian analyst, recently reassured her: “Woo woo is where it’s at.”

The Artist’s Way, the best-known of Cameron’s 40 titles, offered a 12-week programme guiding readers to discover and recover their artistic self. It has sold more than five million copies and been translated into 40 languages. Elizabeth Gilbert has “done” it three times: “Without The Artist’s Way, there would have been no Eat, Pray, Love,” she has said. Russell Brand, Kerry Washington, Pete Townshend and Reese Witherspoon are fans. And sales of The Artist’s Way doubled in the first half of 2020 compared with the year before, with the book even reentering the bestseller lists as many found themselves creatively stalled during lockdown.

The Listening Path, published this month, is a six-week programme that aims to nurture creativity through listening. “I think we are often drifting through our lives, tuned out a little bit,” says the softly spoken 72-year-old over the phone from her home in Santa Fe, New Mexico, which she shares with Lily, her Westie. “The Listening Path urges readers to ‘Tune back in, listen, be alert, be conscious’.” Her mission, says Cameron, is “to connect people to higher guidance”.

I think we are often drifting through our lives, tuned out a little bit”

Cameron leads readers along a “mental ladder” that requires listening on six levels: to the environment, to others, to a higher self, listening “beyond the veil” (to loved ones who have died), listening to heroes we wish we’d met, and, finally, listening to silence. “I think that when we listen we actually are tuning into a higher part of ourselves,” she says. “We are listening, as a friend of mine says, with the ear behind the ear.” The book’s goal is to instil trust in guidance. Hunches and ideas become valued insights; lost loved ones and heroes become active champions.

Her thinking certainly demands a level of openness, and faith in Cameron, if not in God. Religious readers might understand the guidance as God’s. Psychoanalysts might call it the unconscious. Spirituality and Extra-Sensory Perception – from intuition to telepathy – play a large role in Cameron’s work and personal life.

Born the second of seven children to Catholic parents in Libertyville, Illinois, a suburb of Chicago, Cameron believes she has always been “tuned in”. At 27, working as a reporter on Oui, the American porn magazine, Cameron was assigned to write a piece on an up-and-coming director named Martin Scorsese. “I met him for lunch, sat down across the table from him and I heard, ‘This is the man you’re going to marry’. I thought to myself, ‘Does he know that?’ That was a good example of guidance being straightforward and firm. And, of course, I did marry him.” Their marriage, in 1975, lasted one year. Cameron fell pregnant on their wedding night; their daughter is actress and director Domenica Cameron-Scorsese. Being “tuned in” also saved her from addiction in her late 20s, Cameron continues. “I was a drinker and it was getting in the way of my creativity. Suddenly one day – boom! – I received a change of direction. I’ve been sober for 42 years.

HTSI
Vintage typewriters: the poetic allure of the ‘alphabet piano’ 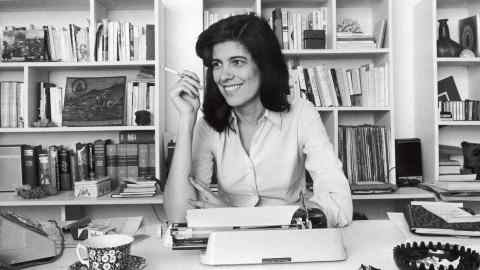 “Once I got sober, I began to try to write to be of service,” she says. “In my early writing career, I had always been focused on, am I brilliant? I was a perfectionist and I wanted my writing to inspire people. It was ego-driven.” With a new objective, “my writing straightened out and my career took off”. Stints at The Washington Post and Rolling Stone magazine expanded into playwriting, music composition and poetry; she has multiple credits in theatre, film and television. “I just keep trying to be true by listening to what wants to come next.”

As bold as it is gentle, The Listening Path takes readers on a journey of self-discovery and beyond – the latest step in Cameron’s mission to crack open creativity. “I think what happens with all the tools is that you become a witness to your own life,” she asserts. “The witnessing is very powerful. There’s a propulsion, and you dare to begin. And there is a great grace to starting.” Some might call it woo woo, others will be all ears. 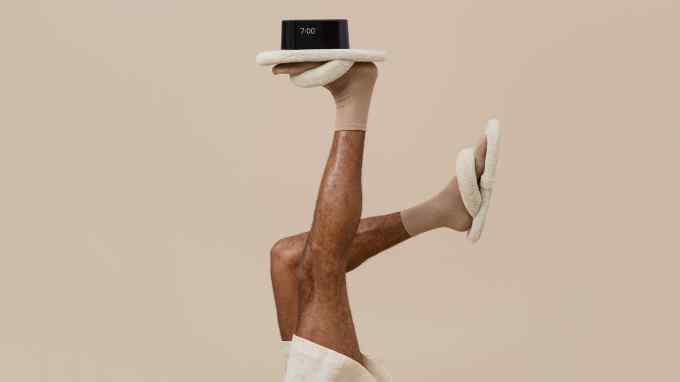