Evangelos Gogolides is director of research at the Institute of Nanoscience and Nanotechnology, part of Demokritos, Greece’s national centre for scientific research. But he is also working on joining the ranks of the country’s start-up high-flyers.

Nanoplasmas, his company that was spun out of the research centre in 2016, is targeting a “smart chip” for faster diagnosis of the potentially fatal legionella bacterium in water. Whereas traditional lab tests take 10-15 days, Nanoplasmas hopes to cut that to two hours using a colour-change indicator to confirm a result.

In April, the business received €150,000 from uni.fund, a Greek provider of seed capital for research and development-heavy university start-ups. The funds will be put towards more extensive trials and the first release of its product. “We strongly believe in Nanoplasmas’ potential,” says Katerina Pramatari, a partner in uni.fund.

Nanoplasmas is one of a cluster of companies that are receiving early-stage venture-capital backing to stimulate the growth the Greek economy desperately needs. A short walk from Nanoplasmas’ labs on the same Demokritos campus is a research centre run by Tesla.

There is though a huge distance, in every sense, between Greece’s technology sector and the Silicon Valley home of the electric car maker. The World Economic Forum in 2018 ranked Greece’s overall competitiveness as the second-lowest in the EU, ahead only of Croatia. In innovation capability, it ranks 44th among 140 countries globally, 72nd in business dynamism and 129th in venture capital availability.

Access is growing, however, to finance for entrepreneurship and start-ups in Greece; it boasts multiple successes, with some entrepreneurs now leading a second wave of ventures. It has its share of educated graduates, many now abroad but potentially open to working and investing in the country in the right circumstances.

“I think the talent is amazing if people find the opportunity to show it,” says Nikos Drandakis, founder of Taxibeat, a ride-hailing app and one of Greece’s best-known recent tech successes. Now known as Beat, it was bought in 2016 by Daimler-owned mytaxi for $43m and is part of a joint venture with fellow German carmaker BMW.

The diaspora is the “hidden treasure” of Greek tech, says Marco Veremis, founder of mobile internet platform Upstream, one of Greece’s best known tech companies. “I had assumed a lot of these people would not even consider setting up a team here in Greece. But in fact they have shown a lot of appetite to do things here,” says Veremis, who is now an angel investor.

A report by start-up accelerator Found.ation and two tech sector partners says Greek start-ups raised €117m in 2018. More than €80m of that went to three companies: Workable, a cloud-based recruitment platform; Softomotive, which specialises in robotic process automation; and VivaWallet, which uses the cloud for digital payment processing. Haris Karonis, founder and chief executive of VivaWallet, says the company plans to raise €75m in a third round this year.

The same report identifies Workable and Persado, which uses artificial intelligence for digital marketing, as the best funded Greek start-ups. Both have roots in Upstream; Veremis says the company, which was sold to private equity firm Actis in 2014, “bred a mentality of entrepreneurship”. He estimates Greek tech companies now have a combined market capitalisation of about €2bn, compared with close to zero 10 years ago.

Some of those companies went through dire times in the financial crisis. Drandakis says the worst point for Taxibeat was in 2015, when capital controls were imposed. “I was wondering if I should take the company and move it overseas . . . business went down 30 per cent overnight,” he recalls. “It took us six months to get back to where we should have been. I didn’t believe the country could recover.” Yet coping with that situation “hardened us . . . it developed our execution skills”.

Today the funding situation has improved. A significant development has been the establishment of EquiFund, backed by €300m from the European Investment Fund and the Greek government. It is one of the EIF’s largest such venture capital projects in a single EU member state. Operating under the EquiFund umbrella are 11 funds targeting three different segments of the venture capital market. Big Pi, where Veremis is a partner, is one of a quartet, including uni.fund, that provide pre-seed and seed capital.

Veremis says there is a “strong ideological aspect” to the Big Pi fund, which with €50m is large by the standards of the country’s venture capital sector. “Can we make [a] leap and systematise the way tech companies are funded and built in Greece? So far a lot of what has happened has been incidental and organic,” he says.

With expectations that EquiFund should draw in an additional €200m in private capital, availability of seed funding in Greece is arguably in as good a shape as ever. But as Veremis says, the size of the multiyear fund pales next to the amount invested in Israeli venture capital: some €3.3bn last year, according to Dealroom, a European venture capital database.

Greece’s venture capital scene also needs more than just money. Notwithstanding the clutch of serial investors such as Veremis, Drandakis says: “The money is there [in Greece], but there are not enough touch points for entrepreneurs. We need more smart VCs — guys who have done it before. Even the VCs are still learning the job. They do not have the insights and advice to give.”

VivaWallet’s Karonis says one of Greece’s biggest problems is remoteness. “We are behind the rest of the EU, we are not connected to the rest of the EU,” he says. He also laments the lack of a co-operative culture: in VivaWallet’s offices, he has created 14 co-working areas — including one in a caravan — to encourage collaboration.

Greece is helped by its low costs, however, say Drandakis and Veremis, and there is not the relentless competition for talented staff compared with the tech hotspots of the US or northern Europe.

“In the past year we hired about 120 people, including 30-35 from abroad, mainly Greeks coming back to the country because they see the opportunity to work on something interesting without sacrificing too much,” says Drandakis.

At Nanoplasmas, the employee count is just two, but Gogolides and his researchers are already talking about producing diagnostic tests for other diseases. “It is fascinating when you see something you are trying to create start to find its feet,” says Gogolides. “I will be satisfied when it pays and when it provides more jobs and more revenues.” 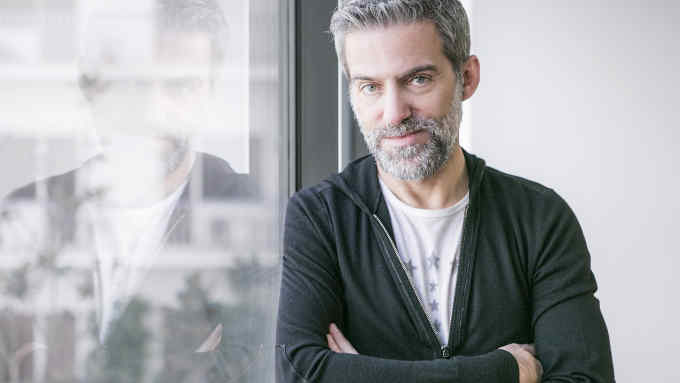