Loyal fan base want success from track to pitch

Derby’s football and county cricket clubs are internationally well known but the spirit of the city is perhaps best displayed on the cycling track.

Their locally designed Huub aerodynamic suits give them a crucial advantage, they believe. Such “marginal gains” in the pursuit of sporting success owe much to the theories of Dave Brailsford, a local resident who managed Team GB to cycling triumph.

The sport is helped by the city’s £27.5m velodrome. Support comes from the University of Derby and the Derbyshire Institute of Sport, set up after the London 2012 Olympics to help local athletes qualify for national teams.

The DIS underscores the city’s commitment to sport. Private companies mainly fund the body. It backs more than 30 athletes a year in Olympic sports. Several are tipped to go to the Tokyo games this year, including local stars Jessica Turner and Niamh Emerson.

Derby County football club is of older vintage, founded in 1884. It had to wait until 1973 for its first league title, won under legendary manager Brian Clough. A statue of him and assistant Peter Taylor stands outside Pride Park, a 33,000 seat stadium opened in 1997. Average attendance is equivalent to about 10 per cent of Derby’s 250,000 population.

Melvyn Morris, former chairman of King Digital Entertainment, the company behind such smartphone and mobile games as Candy Crush and Farm Heroes, has emphasised the development of young players, spending millions in the cause of nurturing and buying talent. The club narrowly missed out on promotion to the lucrative Premier League last May, after losing a play-off final against Midlands rivals Aston Villa.

On current form, it appears unlikely Derby County can succeed in securing a return to the top-flight this year, for the first time since relegation in 2007-8. But Phillip Cocu, the club’s recently-arrived manager, who played six years at Barcelona and 101 times for the Netherlands, says: “The sporting culture is extremely big here. That is one of the reasons I wanted to work in the UK. The facilities at the club are great and you have an extremely loyal fan base.”

Derbyshire County Cricket Club, one of the country’s 18 first class county teams, celebrates its 150th birthday this year. Past players include formidable West Indies fast bowler Michael Holding and England all rounder Dominic Cork, now a coach at the club.

With just 1,000 members and average crowds of around 3,000 for the popular T20 short format of the game, the club has struggled to compete with big counties who host international Test matches. But it has tapped into the growing popularity of women’s cricket by hosting games in the 2017 World Cup that attracted sellout crowds of 5,000.

It will be the home of a women’s team for the Hundred, a yet shorter format of cricket that aims to attract families. The club stages concerts and attracted Elton John in 2017 and Little Mix in 2018. Michael Bublé arrives in July.

Club chief executive Ryan Duckett says the revenue goes back into cricket. A five-year plan includes ground improvements and young players that once would have left for big counties are staying.

“We have made a profit seven out of the last eight years,” says Mr Duckett. “We got to our first T20s semi-final last season. Clubs our size have won it . . . we can compete.” 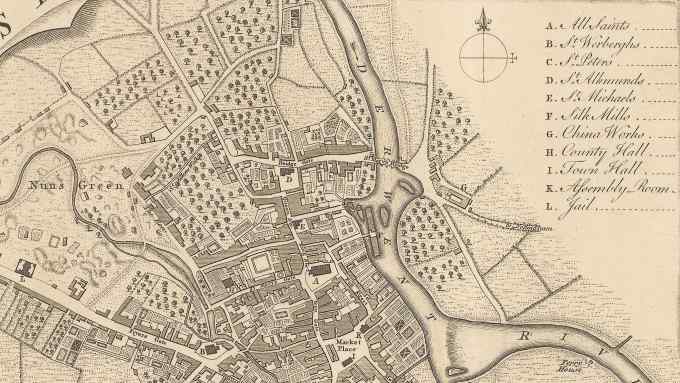