There is a strange anomaly in the consulting industry. Many of the largest firms have long been vocal advocates of greater gender diversity at the top of the world’s biggest companies. Their logic is simple: more diverse teams perform better.

Yet data submitted to the UK government over the past 12 months strongly suggest that consulting firms have not followed their own advice.

All of the largest consultancies operating in the UK have reported significant gender pay gaps, both in terms of the average hourly rate received by women at the firms and the average bonus gap.

Bain and Boston Consulting Group reported the highest median pay gaps last year of 36 and 35 per cent respectively. The biggest median bonus gap was also reported by Bain, at 75 per cent, followed by PwC LLP (67 per cent) and McKinsey (52.5 per cent).

All of the firms — which feature prominently in the FT’s UK’s Leading Management Consultants 2019 — give the same explanation: they do not have enough women in highly paid senior roles.

McKinsey, the world’s largest consultancy, is upfront about this problem, as well as the awkward mismatch with its own stance on the importance of gender diversity in business. Like most of its rivals, the consultancy said in a statement that men and women in similar roles are paid equally but that it has a gender pay gap “because of the higher number of men in senior roles”.

“Our research has reinforced the business case for greater gender diversity and our gender pay gap is a reminder that we still have some way to go,” McKinsey added.

BCG is similarly contrite, citing the lack of women in senior roles as the root cause of its pay gap. “It goes without saying that we aren’t satisfied with our current representation gap,” it said in a statement.

The wider question is why so few women make it to the top of these firms — particularly in an industry that has typically accepted similar numbers of male and female graduates for years.

Bain declined to comment for this article but provided a link to a 2017 webpage that sets out the firm’s position on its gender pay gap. Here, Bain notes that its senior consultants are “skewed towards men”, adding: “While women start out in business with the same level of ambition as men — if not more — their aspiration and confidence drop over time.”

Women in the sector highlight other problems as key factors that hold back their progression — including inflexible working policies and an after-hours culture that tends to exclude female consultants with family responsibilities. 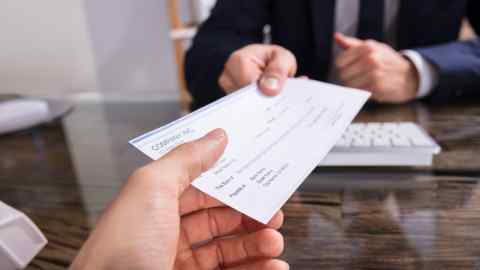 A former director of one of the Big Four professional service firms, speaking on condition of anonymity, blames a “boys’ club” culture in its consulting arm. This, she says, contributed to men being promoted over women — in part because they were more likely to be picked by predominantly male partners to work on prestigious projects that involved travel away from home.

She says: “The consulting partners are usually men and have a group of men they like to work with. Most assignments [involve] months, if not years, away from home. The guys like to work together . . . if you are a guy away overnight do you want the company of your male [peers] for a few beers in the pub, or do you want the company of a mature female who doesn’t want to go drinking?”

She adds: “Some women are able to get out there and develop their own clients, but building a lead can take time. During the build you may have no work and find yourself at the mercy of the guys handing out performance improvement grades, and then see yourself helped out of the door before you win anything.”

The industry’s restrictive approach to flexible working is another problem raised repeatedly by women in the sector. Dena McCallum is founding partner of Eden McCallum, which connects freelance consultants to clients. “As long as the people making the decisions about career advancement [believe] that if you are really committed you are willing to travel whenever [and] wherever you are asked and drop any personal commitments for any client request, then people who want some control over those choices either feel undervalued or are not promoted,” she says.

“It’s a mindset, and because it is so ingrained in those who lead the top traditional consulting firms, it’s really hard to change.”

According to Source Global Research, which provides data on the consulting industry, 47 per cent of female senior managers in professional firms say that scheduling meetings during normal working hours would help to keep them in consulting, while 34 per cent cite more predictable travel plans.

Fiona Czerniawska, director at the firm, adds that there is widespread scepticism about whether men and women are genuinely paid similarly for carrying out similar roles.

“Three years ago, before there was much scrutiny of the gender pay gap, we asked a group of female managers in consulting firms what would encourage them to stay through their 30s and early 40s, a time when so many leave,” Ms Czerniawska says. “We were shocked when people told us that pay was a factor. ‘I have to pay extra for childcare that’s arranged at short notice,’ said one. ‘That would be bad enough, but I’m already paid less than my male colleagues’.” The good news for women is that most firms seem genuinely committed to improving matters. McKinsey has introduced flexible working initiatives, ensures female colleagues are present at all stages of the interview process, and that all interviewers receive unconscious bias training.

Deloitte, which last year reported a median of 12 per cent and a bonus gap of 41 per cent, has introduced a policy of offering staff a four-week “time out” of unpaid leave once a year in addition to their holiday allowance. In 2018 the firm introduced “annualised days”, which allow an irregular working pattern throughout the year, for example by only working during school terms.

Meanwhile PwC now ensures that partners face financial consequences if they fail to take action to reduce the firm’s gender pay gap. It has also banned all-male shortlists in its recruitment processes.

Consultancies that do not address their gender imbalances face the likely prospect of continuing to be singled out for failing their female staff year after year.