Coronavirus hits senior homes — and their owners | Free to read

The rush of investors into senior housing in recent years has been based on a straightforward thesis: the greying of the baby boomer generation is creating millions of new customers for specialised residential facilities.

That rationale has proved particularly compelling as an abundance of cheap capital has made it harder for traditional real estate developers to find returns elsewhere.

But the senior care business has never been easy. With coronavirus, it is becoming far more difficult: occupancy levels are falling at many senior communities and nursing homes as potential residents shy away from facilities that have been ravaged by the virus — and many that have not. According to a New York Times tabulation, at least 27,600 residents and staff have died so far, accounting for about a third of all US fatalities.

Investors in the sector are being forced to recognise that they are more than mere landlords. They are critical service providers — facing rising expenses to clear and disinfect properties, provide protective equipment and reinforce staff.

“The cost structures of all these communities are going to go up,” said David Schwartz, the chief executive of Waterton, a Chicago-based developer that owns a senior housing company, Pathway to Living. “You’ll see certain investors who don’t want to be in it any more because the margins are compressed.”

Shares of Brookdale Senior Living, the largest US senior housing chain, have fallen from more than $8 in mid-February, as the pandemic was taking hold in the US, to just under $3 on Monday.* A competitor, Ventas, has seen its shares cut in half — from $62.40 to $29.04 — over the same period. Many facilities are owned by private equity groups and smaller investors, who are also being hit.

In addition to the financial strain, some are suffering reputational damage and greater regulatory scrutiny. Authorities in New York and New Jersey — the two US states that have recorded the most coronavirus deaths — have launched investigations into care homes’ response to the pandemic after gruesome revelations about bodies stacked in makeshift morgues and relatives who were unable to contact their loved-ones until it was too late.

Some executives bristle at the criticism. While hospitals have also been overrun by an extraordinary pandemic, they have tended to become objects of sympathy — not scorn, they note. “The reality is, we’re frontline — just like the hospitals,” one said.

For traditional real estate developers, senior housing would appear to be a natural progression. So-called active living communities are much like other apartment complexes — except they have minimum age requirements for residents and different amenities.

Further up the scale are assisted living facilities, for residents who wish to retain their independence but still need help with daily tasks, such as taking medication. Then there are skilled nursing facilities that provide hospital-like medical care.

In one sign of the business’ appeal, the Related Companies, one of the biggest New York developers, signed an agreement earlier this year to build a luxury assisted living tower at its glitzy Hudson Yards development on the far west side of Manhattan.

“The reason people go into it is because it’s a captive audience,” one developer explained, noting that, once they move in, residents do not tend to move out — until they die. Along the way, operators can sell them additional services — meal deliveries, medication supplies, orthopaedic shoes and more. Oftentimes, developers will build a facility and then lease it to a separate operator.

But there are pitfalls. Even before the coronavirus, many chains were struggling with overcapacity because the elderly were finding ways to remain at home longer, particularly with the help of delivery services and gig economy workers.

Billy Meyer, who oversees lending to senior homes for Columbia Pacific, a Seattle-based real estate group, has repeatedly seen developers rush into senior housing — only to discover that they cannot seem to push occupancy levels above 80 per cent.

“It’s a pretty risky business to get into if you don’t know what you’re doing,” said Mr Meyer, who describes senior housing as a hybrid of traditional real estate and a full-service hotel — with the added complexity of healthcare. Nursing homes operators, for example, must navigate Medicare and Medicaid, the government-run health programmes that tend to pay for much of their care.

Six years ago, Waterton invested in Pathway to Living, a company with 33 assisted living homes with special “memory care” units for residents with dementia. Eighteen months ago, after learning the business, it bought the remainder.

Among other intricacies of the business that Mr Schwartz has come to better appreciate in the interim is the way that residents — and their needs — progress over time. “It’s a labour-intensive business,” he explained. “It’s a service business.”

Given the fear of infection, he and other executives suspect that those who can put off moving into senior housing will do so. In a recent survey conducted by the National Investment Center for Seniors Housing and Care, an industry research group, about 80 per cent of respondents reported declines in occupancy. 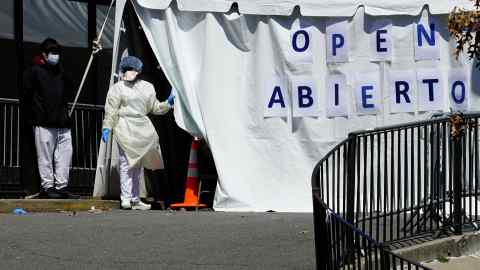 Even when the crisis recedes, executives worry that the economic devastation it has left behind may make their communities unaffordable for potential tenants and their families.

In the meantime, there are new costs.

In an earnings call last week, Brookdale disclosed that it had spent $10m during the first quarter for coronavirus-related expenses, and predicted the sum would be “significantly higher” in the second quarter.

“There is no question that our costs have gone up as we’ve had to buy a lot of personal protective equipment. We’ve had to increase our sanitation expenses and start to deliver meals to our residents in their rooms,” Lucinda Baier, Brookdale chief executive, told investors.

Hackensack Meridian, the non-profit hospital chain that is New Jersey’s largest, was forced to hire nearly 500 additional nurses for the 16 care homes it owns as others became sick. Many of the replacements are travelling nurses, whose wages tend to be twice the average.

“It just hit us so hard and so fast,” said Daniel Varga, Hackensack’s chief physician executive.

One private equity investor remained confident that the industry would prosper over the long term — especially for companies that have access to capital. Senior communities and nursing homes that managed to protect their residents may even gain a competitive advantage, the investor said.

*This story has been amended from the original to reflect the fact that Brookdale Senior Living is a public company that owns and operates facilities.

Video: Trump vs Biden: will healthcare be the decider? | DC lockdown diary 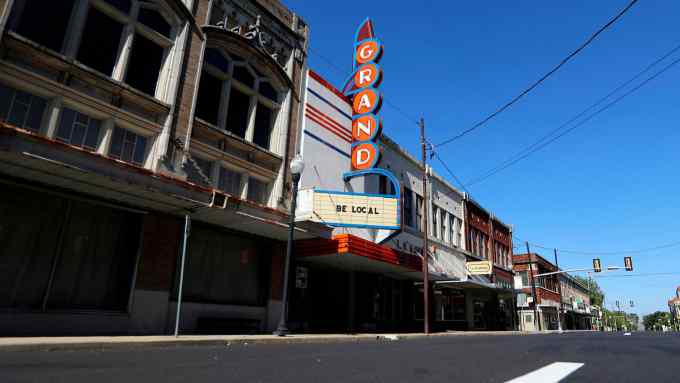