Many explanations have been supplied for this economic puzzle, but not all stack up

One of the many public policy challenges vying for ministers’ attention as Britain negotiates its exit from the EU is how to boost the economy’s productivity.

For decades the UK has lagged behind many of its counterparts, with workers producing less in each hour they work than those in the US, Germany or France. In a typical week, German workers could clock off on Thursday afternoon and still produce as much as British workers doing a full week’s work.

The problem became more pronounced following the 2008 financial crisis and recession. All the G7 economies have experienced slower productivity growth since the crash, but the slowdown has been greatest in the UK.

Output per hour worked grew by an average of 2.1 per cent a year in the UK between 1997 and 2007, but productivity growth has averaged just 0.2 per cent a year since (see chart).

Boosting this measure is the only way to ensure that voters’ living standards improve year after year.

Without improving labour productivity, the only way to raise incomes is to increase hours of work. The absence of productivity growth since the financial crisis means the millennial generation does not have a higher income than the generation before — the first time this has happened since the second world war.

The causes of the productivity slowdown are not fully understood. Some of the explanations put forward immediately after the financial crisis — for example, that employers had held on to workers despite falling demand in order to avoid the future costs of rehiring when demand picked up — have been set aside as the economy has recovered.

Part of the answer lies in a particularly sharp slowdown in productivity growth in certain sectors since the crisis. For example, some of the rapid productivity advances apparently achieved by the financial sector in the early 2000s now look to have been unsustainable and institutions have had to adapt to new, tighter regulations.

The decline of once prevalent highly productive sectors such as oil extraction (included below under “Mining and quarrying”) and the rise of activities with lower measured productivity like healthcare (under “Community, social and personal”) has also pulled down the national average. Future productivity growth will require finding ways to boost output per hour worked in sectors, such as health and social care, that will be increasingly important as the UK population ages.

Other potential explanations for the productivity slowdown hint at areas to target for improvement. Public investment in infrastructure in the UK has long lagged behind other countries.

Company investment has also been growing more slowly since the financial crisis. The UK government has pledged to increase public investment significantly over the next decade and hopes to convince private investors to put money into infrastructure projects as well.

Across all sectors of the economy, some companies are more productive than others. The challenge for the UK government’s new initiative — Be The Business, led by Sir Charlie Mayfield, chairman of the retailer John Lewis — is to try to pass knowledge from highly productive firms to less productive ones.

There are few easy answers to the slowdown in productivity growth that has afflicted most advanced economies for the past decade. But for politicians, the potential rewards for addressing the problem are substantial.

The stagnation of productivity since the financial crisis, which has saddled many people with stagnant or deteriorating living standards, has been accompanied by growing social and political discontent. Addressing the productivity problem could go some way to quelling the discord. 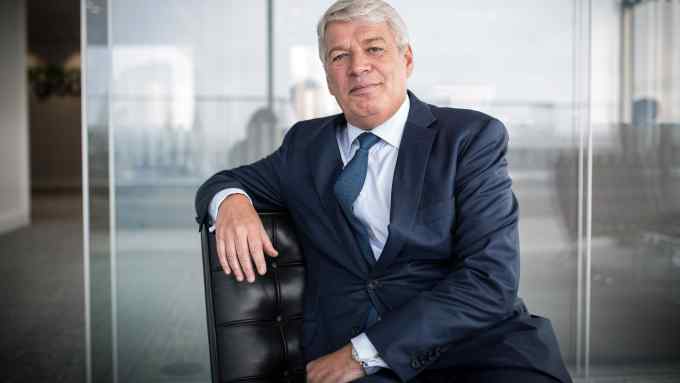 Britain has fallen behind its peers when it comes to productivity. Business leaders and policymakers are working together to make up lost ground. This report includes the winners of this year’s PLC Awards, celebrating the successes of corporate Britain.