Camden: the US city that sacked its police and started again | Free to read

Late last month, as protests across the US were descending into violence, Joseph Wysocki did something unorthodox for a police chief.

As colleagues around the country were strapping on military-grade armour to face off with demonstrators, Mr Wysocki, chief of police in Camden, New Jersey, donned a surgical mask and joined a protest march.

It was rare at that point to see a US police chief expressing solidarity with Black Lives Matter activists. Just the night before, protesters had burnt down a Minneapolis police station and videos flooded the internet showing officers in riot gear attacking protesters and journalists. But the gesture was especially remarkable in Camden.

The nine-square mile city just outside Philadelphia has had one of the highest rates of violent crime in the country and is still viewed among many outsiders as being synonymous with poverty, drugs, guns and murder. Yet some locals say the city is in the midst of a renaissance and point to the overhaul of its police department as a reason.

“They invited [Mr Wysocki] to actually stand in the front line and help carry the banner. And he marched the entire way with them,” said Rick Kunkel, head of the Camden police union. “I think that sent a huge message to anybody who might have been doubtful in the community as to where we stood.” Now other US cities are looking to Camden, which dissolved its police department in 2013 and rebuilt it from the ground up, as an example of how they can rethink crime and punishment.

“They hit the reset button, which is something most jurisdictions have not [done],” said Walter Katz, a veteran of law enforcement policy who led the reform of Chicago’s police under former mayor Rahm Emanuel.

The Camden option is one approach to reform at a time when authorities across the US are considering overhauling police departments in response to outrage over the killing of George Floyd, who died after a white police officer kneeled on his neck in Minneapolis.

Even before Floyd’s killing, forces in Tucson, Arizona, and Stockton, California, among others, had been adopting elements of a blueprint for 21st century policing published by the Obama administration in 2015. That had come in response to the police shooting in Ferguson, Missouri, of teenager Michael Brown.

Still, many protesters are demanding more audacious measures — including “defunding” or even abolishing the police — after earlier reform attempts failed after the police killings of Eric Garner, Michael Brown, Akai Gurley, and Philando Castile, among others. This has created a sense that many departments are beyond salvation.

The police had become insensitive and complacent with the level of crime and disorder in the city. Some [residents] even mentioned that they feared the police more than they fear criminals

Indeed, the city council in Minneapolis — where Floyd was killed — has vowed to shut its police department.

“If there are some city councils or mayors who are looking at their departments and seeing years of built-up resistance to change then it may be time to say: ‘we want to reconstitute this police department into something new and different,” said Mr Katz, now a criminal justice consultant at Arnold Ventures, a philanthropic company.

Like Minneapolis today, Camden’s previous attempts to reform its police were hamstrung by restrictive union contracts and a rotten culture at the department that eroded the public’s trust.

“The [Camden] police had become insensitive and complacent with the level of crime and disorder in the city,” said Jose Cordero, a former New York Police Department officer who was the architect of Camden’s reform. “Some [residents] even mentioned that they feared the police more than they fear criminals.”

By abolishing the police department entirely, Camden was able to circumvent the police union (though its officers have since re-unionised) to implement new policies that hold bad cops responsible for their actions and ultimately get more police — including many who reapplied for their jobs — out on the streets.

The biggest changes were in tactics. Camden’s previous police chief Scott Thompson, who led the overhaul of the department, prioritised so-called “community-oriented policing”. This meant Camden’s police were trained to de-escalate, and only to use force as a last resort. The cops also were required to spend more time interacting with the community, walking their beats, instead of driving around in cars, and even hosting neighbourhood barbecues.

In 2019, the department introduced a more restrictive use-of-force policy, which won praise from the American Civil Liberties Union.

“They’re viewed as guardians and not warriors, and that is really the ethos of this department,” said Dan Keashen, head of public affairs for the police. “If you were looking for action of some sort, then you should go join the military, because that is not what we are training officers to do.”

This has led to a drop in recorded crime. In 2012, the final year under the previous department, the police recorded 67 homicides. Last year there were 25.

Camden has a long way to go. It still has one of the highest murder rates in New Jersey — and a fair share of sceptics.

Eugene O’Donnell, a criminology professor at John Jay College in New York City and former NYPD officer, has called for Camden to produce more information that would help people gauge the efficacy of their reforms. He wants to see numbers to show how many crimes are solved and evidence to show that the recorded crime drops are not a result of the public simply reporting fewer crimes.

“I think it’s mostly PR,” said Mr O’Donnell. “I have tons of questions for the chief that I have not seen answered, and I’d be the first to put my hand up and say I’m wrong if they could show evidence that they actually do police work that solves problems.”

Behind the Money podcast22 min listen
A history of police funding 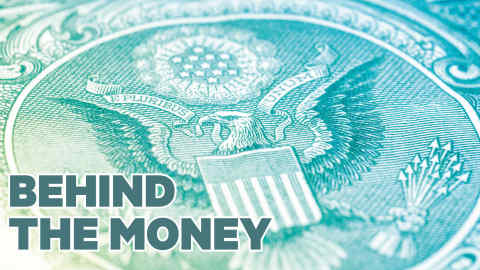 Keith Benson, a Camden resident and president of the Camden Education Association, expressed similar scepticism about the reported crime statistics in an op-ed in Business Insider.

It is also unclear just how much the new policies are improving the police’s interactions with the public. So-called “use of force” incidents and complaints of police violence spiked immediately after the new department was established.

Both numbers have since improved. In 2019, the city received only three complaints for excessive force, compared to 65 in 2012, Mr Thompson told NPR.

Sister Veronica Roche, a nun with the Sisters of St Joseph in Camden, has seen an improvement in public safety over the past few years. Sister Roche works primarily with undocumented immigrants and says the way Camden police interact with that community has improved. The cops hold frequent meetings with immigrant groups to reassure them that they would not be in any danger of deportation if they report a crime, she said. “I don’t think there’s any fear that the Camden police would be working with ICE (Immigration and Customs Enforcement). There’s a lot of trust in the community.”

Mr Keashen believes Camden’s progress was on display in the protests over the past two weeks. Despite “fifty years of animosity against the police department” there were no arrests and no incidents of violence or property damage, he said.

“The community understands that — while we’re not perfect — there is credibility and trust and a general mutual respect.”