In late 2015, investors in one of China’s largest peer-to-peer lending companies, Ezubao, found themselves unable to retrieve their deposits. By September the next year, 26 Ezubao employees had been sentenced for effectively running a Ponzi scheme and failing to repay as much as Rmb38bn ($5.5bn) to investors.

It was one of the biggest and most brazen cases where a Chinese peer-to-peer lending company turned out to be fraudulent, but by no means the only one.

Almost three years later, Chinese regulators are still struggling to catch up with the workings of the runaway industry. The country’s policymakers face a particular challenge: how to rein in financial risks without causing panic among peer-to-peer investors and potential social unrest.

Peer-to-peer, or P2P, lending works by matching up someone looking to invest with someone looking for funding, often with promises of double-digit returns on short-term investments.

The concept has found fertile ground in China. The country lacks a unified credit ratings system, making it difficult for rural residents and smaller entrepreneurs to access consumer credit. Meanwhile, China’s emerging middle class is flush with cash but distrustful of investing in China’s speculative property and volatile stock markets.

The fast-growing P2P lending industry, however, has become rife with fraud. Policymakers are cautious about intervening, because they are concerned that heavy regulation could cause financial chaos among P2P companies into which millions of people have poured their savings. China’s P2P lending industry recorded transactions valued at $445bn in 2017, according to Online Lending Club, a data company.

“There are still over one thousand platforms kicking around in China,” says Spencer Li, vice-president of online lending platform Fincera. He says sudden or heavy regulation could put some of them in crisis. “I think [the regulators] are trying to buy more time and just hope more platforms either close down in a legal way or gradually phase out.”

In early 2016, P2P platforms braced for the first wave of regulation intended to standardise the industry. The new rules placed caps on loan sizes and forced lenders to use custodian banks to hold their deposits.

However, enforcement has been delayed. In particular, a “record-filing” process, the first step in introducing a P2P licensing system, was originally scheduled to close by this summer but has been extended to the end of this year.

This poses a dilemma for Chinese authorities. China has been waging a battle against corporate debt in a national financial de-risking campaign over the past year. But rooting out systemic financial vulnerabilities could touch off social unrest as bad debt is winnowed out.

Investors keep going back to P2P because there are no other alternative investments ready for them.

This summer, a ring of P2P platforms around the city of Hangzhou, 170km from Shanghai, collapsed. Angry investors, unable to retrieve their money, engulfed the Shanghai public security bureau, demanding government action. The Beijing police were out in force, meanwhile, to prevent protests in the capital’s financial district.

Balancing financial prudence and civic order is of particular concern as China faces a slowing economy and trade war with the US. Such circumstances have, in short, created a moral hazard: mom-and-pop investors are aware that local governments can be pressed to compensate financial victims rather than risk social instability.

“Many individuals don’t have the mindset of investing and the risks it entails,” says Ether Yin, a co-founder at Beijing-based politics and economics consultancy Trivium China. But when things go wrong, investors “go to the government as they think the government cannot afford massive disturbance”.

“The government should have not let this happen,” says Ivy Zhang, a Shanghai-based consultant who lost Rmb85,000 of her savings in the collapse of a P2P platform called Zhuaqianmao.

Investors, meanwhile, keep going back to P2P, says Mr Yin, because of a lack of “other alternative investments ready for them”. 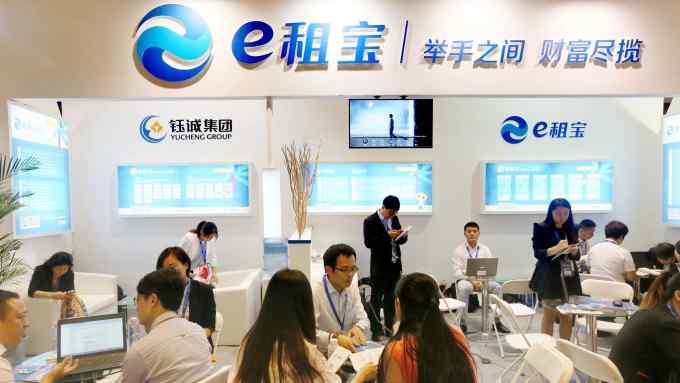