While Sweden’s far north may seem an out-of-the-way location for a data centre, Facebook’s decision to choose the region had more to do with climate than its proximity to the continent’s cities.

By picking the coastal city of Luleå for what will soon be 100,000 square metres of server facilities, the social media group will be able to lower both the energy required to cool its servers and its greenhouse gas emissions.

The carbon emissions from tech infrastructure and the data servers that enable cloud computing now exceed those of pre-Covid air travel, according to a report from The Shift Project, a French think-tank. And the annual electricity usage of just five tech groups — Amazon, Google, Microsoft, Facebook and Apple — is about as much as New Zealand’s, at more than 45 terawatt-hours.

That figure will only increase as more cloud services are adopted, and the growth of artificial intelligence and machine learning demand more computing power. Estimates from The Shift Project suggest tech-related emissions are rising by 6 per cent annually, and public pressure is prompting some companies to act.

Until cloud companies change their business models to stop relying on double-digit growth in energy consumption, the problem will not be solved

But while the largest cloud computing companies have pledged to cut their carbon emissions, critics say these efforts are insufficient, with the increasing uptake of cloud services adding to the sector’s footprint.

“The problem is not just the carbon footprint of Amazon, it’s the way our entire digital system works,” says Hugues Ferreboeuf, project manager at The Shift Project.

Companies’ growing digitisation, including the Covid-induced rise in homeworking, has increased demand for cloud computing. Data centres — buildings that store data to create the cloud — make up 15 per cent of the IT sector’s digital footprint, according to The Shift Project.

“The infrastructure of cloud services is massive, and there are still a whole lot of data centres powered by coal,” points out Simon Ponsford, chief executive of cloud management platform YellowDog and founder of a green index to measure data centres’ carbon footprint.

“Until cloud companies change their business models to stop relying on double-digit growth in terms of energy consumption, the problem will not be solved,” says Ferreboeuf.

However, Big Tech groups say they are looking to reduce their carbon footprints. Google pledged to power all of its data centres and campuses with “carbon-free energy” — such as hydropower, wind and solar — 24 hours a day, by 2030. Microsoft vowed to be “carbon negative” by 2030, meaning that it will pull more carbon dioxide from the atmosphere than it emits.

Amazon is aiming to reach “net zero” by 2040, by purchasing more clean energy, investing in electric vehicles and buying carbon “offsets” or credits to compensate for any remaining emissions.

Yet the “net-zero” pledge poses problems, according to David Mytton, a senior research affiliate at Uptime Institute, an organisation that advises on digital infrastructure. While companies can reach “net zero” goals by buying clean energy from other companies, they do not reduce the amount of dirty energy they produce themselves, he notes.

“The buying of credits doesn’t have a direct impact on climate change,” agrees Rolf Skar, a campaign director at Greenpeace.

And while some offset contracts — referred to as power purchase agreements — are tied to specific renewable energy projects, others are not, including the most commonly used renewable energy certificates (RECs). “There’s a risk of being accused of ‘greenwashing’ if you are only using RECs, because the cost of RECs is too low to generate new renewable supply,” says Mytton.

To meet this shortfall, some companies have looked to establish systems that rely on renewables for 100 per cent of their energy, and invest directly in renewables infrastructure. Google’s renewable energy pledge for 2030 looks to match its energy use with renewables on an hourly basis.

“What Google is trying to do should have a knock-on effect for public utilities and companies [more widely],” says Skar, adding that Google’s research on geothermal, batteries and hydrogen technologies could help the company scale up its green capabilities.

Right now, though, only 5 per cent of the power grid, globally, uses renewable energy, according to a 2020 report by BP, the oil major.

Other energy efficient moves — such as placing new data centres in cool climates and developing technologies to power centres when wind turbines and solar panels are down — are therefore also needed.

Mytton argues that Big Tech has an interest in using greener energy. “Ultimately, renewables are a lot cheaper, and because electricity is the main cost of the data centre, it can be a lot cheaper [for a company] to invest in solar and wind,” he says.

But the problem is that, with cheaper services, comes more demand and more data centres.

“One way to reduce growth of energy consumption would be for each individual to restrain themselves from consuming extraneous cloud services,” says Ferreboeuf, “which is quite tricky because everything relies on cloud computing these days.” 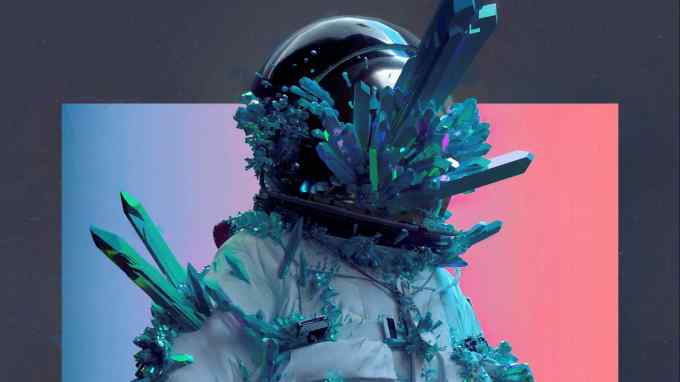