Millennial movers: how young tech tycoons are shaking up the prime housing market

When Tim Macpherson was contacted by a 30-year-old man looking for homes priced up to £10m, the prime-London estate agent assumed his potential new client must have inherited his fortune.

In fact, the buyer had become a multi-millionaire by selling his tech start-up while he was still in his 20s. He then branched out into other investments, including what became a portfolio of high-end central London apartments. “[His wealth] was absolutely self-generated — he just looked too young for that,” says Macpherson, head of London residential sales at Carter Jonas in Mayfair.

Such encounters are increasingly common, estate agents say, as the age of prime homebuyers falls, propelled by shifts in wealth generation and employment that are changing the typical profile of the moneyed house-hunter. “When I started out 20 years ago, the typical buyer was in their 50s or 60s,” Macpherson adds. “Now, they are in their 30s to 40s. People are accumulating wealth more quickly — and younger.”

The rise of the millennial generation has combined with the mushrooming tech industry and other fields — such as digital media — that can offer a swift route to stardom, to create a new type of high-end homebuyer. From video property tours to green energy, their requirements are often different from those of the older generations, and the property industry is racing to adapt.

Figures for recent years appear to bear this out. Knight Frank, the estate agent, says the share of the market for high-end London homes held by buyers in their 20s and 30s is increasing. In prime central London — which comprises districts such as Belgravia, Chelsea, Kensington and areas further out such as Islington and St John’s Wood — buyers in their 20s have made up 12 per cent of the market so far this year, up from 5 per cent in 2015. House-hunters in their 30s have accounted for more than a quarter of the buyers in 2019, up from 19 per cent four years ago, while only 5 per cent of sales in 2019 have been to buyers in their 60s, down from 8 per cent in 2015.

Buyers are not all shipbuilders and property tycoons any more. Fortunes are made digitally very quickly

The central-London market itself has shrunk over the past four years, as transaction levels have dwindled and prices have fallen, partly the result of a 2014 overhaul of the way tax (stamp duty) is applied on purchases. In that context, though, young buyers have proved more resilient than other groups. One reason, says Macpherson, is “the much wider buyer pool: there are lots of nationalities that are now buying. There is also second-generation wealth.”

Liam Bailey, head of residential research at Knight Frank, says that aside from those who have inherited their fortunes, younger buyers come from sectors such as financial services, entertainment and sport, and the technology industry, which has created several billionaires under 30.

Macpherson, who focuses on London’s exclusive Mayfair market, says recent clients have included a cryptocurrency billionaire. “There are people accumulating great wealth from industries that didn’t exist when I started out — they are not all shipbuilders and property tycoons any more. Lots of fortunes are made digitally very quickly.”

Robert Bailey, a buying agent, says he has worked for a series of entrepreneurs based in the tech hub around Cambridge in eastern England who look to their new London homes as both “a box for success” and “a place to have a bit of fun”. “They are great people, often quite quirky, who have usually really kept their heads down. They have made £20m, £50m, £100m, and suddenly they have enough money to buy a place in town, a pied-à-terre,” he says. “They tend to be younger people — a lot of single guys.”

Wealthy millennials are less likely to buy in London’s traditionally most exclusive areas, preferring instead vibrant districts such as Holland Park and Notting Hill in west central London, according to Charles McDowell, a prime-London agent. Will Shu, the 39-year-old co-founder of online food-delivery company Deliveroo, reportedly has a house in Notting Hill.

“Chelsea and Belgravia are seen as a bit middle-aged,” McDowell adds. The downturn has not hit the more fashionable markets as hard: Notting Hill and Holland Park have seen total price falls of about 15 per cent since their latest peak in 2014, against more than 20 per cent for the broader prime market, according to estate agent Savills.

In San Francisco, where the housing market has been shaped by the wealth coming out of Silicon Valley, Nina Hatvany, a luxury property specialist with Compass, says the difference between older and younger buyers is pronounced. For example, the spectacular office designs pioneered by the likes of Google and Apple have rubbed off on young buyers’ expectations of their homes. “Younger buyers, especially those in tech, are absolutely not interested in doing remodelling,” says Hatvany. “If they say they are, they usually mean that they would change out paint colours and put up wallpaper.

“It seems to me that the younger buyers are so used to having great office space that’s light and airy and open-plan and completely remodelled, along with an array of services such as a gourmet cafeteria, on-site daycare, dry-cleaning services and so on, that they just want to walk right into a place that looks like their office.”

Macpherson says the requirements of many younger buyers in his market include on-site perks such as “concierge services that will book anything from a car to a plane”. One 18-year-old buyer of a multi-million-pound apartment asked him if he would be able to arrange the purchase of a car for her.

But not all are young hedonists looking for a glamorous lifestyle on tap. Many also want sustainable features such as green energy and fashionable health benefits, such as “amazingly pure water”, he adds. “These things weren’t even considered by the last generation.” Younger buyers are prepared to use their feet, favouring homes in walkable neighbourhoods — much less of a consideration for older purchasers, says Hatvany.

The property market has struggled with the transition to the digital era, but the new generation of buyers is pushing it forward. Younger purchasers demand extensive digital information on properties before visiting, says Hatvany, from drone photographs to video tours, 3D images and data on prices and building finance. “The trends among the tech buyers are reflected across the buyer pool, because so many of our clients are in businesses that thrive on tech, such as venture capitalism, private equity and the attorneys that serve those clients,” she adds.

Monica Novo, an agent with Douglas Elliman in New York, has noticed the same demand for data. “If anything defines the tech-sector young buyer, it is that it is not enough to tell them ‘You should buy this’.” Novo recently sold a $1.7m apartment to a couple that handle technology for a big media company; its air of high-end bohemianism “out of your wildest Brooklyn exposed-brick artist-loft fantasy” had to be backed up by spreadsheets that demonstrated its investment value, she says. 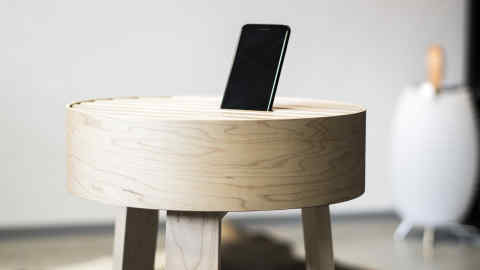 As the tech industry fuels housing wealth, it is also finding its way into homes. Hatvany says the desire for a “smart home” is common to almost all her clients. “All of the buyers would love solar panels and integrated control systems for their homes, in order to control, program and be able to access remotely their heat, their security, their lighting and their music,” she says.

There are exceptions, however, even among the wealthiest. Joe Gebbia, the 38-year-old co-founder of holiday-lettings platform Airbnb, may have become a billionaire through technology, but he is a home-tech refusenik. He previously told the FT he saw no point in “a toaster that can talk to your fridge”.

Young tech execs may be seduced by drones, new-build perks and data, but Novo says many of the classic high-end selling points that draw in homebuyers still apply to the new generation — “high ceilings, room for art — and parties when it’s time to have one — space to move around, and soothing spa-like bathrooms that feel like hotels”. She adds: “They’re not so very different from the rest of us, only maybe they have a better-curated Instagram.”