We use cookies (opens in new window) for a number of reasons, such as keeping FT Sites reliable and secure, personalising content and ads, providing social media features and to analyse how our Sites are used.
Manage cookies
Accept & continue
Disrupters

French free ‘school of the future’ heads for Silicon Valley

A couple of years ago, Mr Noah’s hands were more familiar with the contours of a rifle than a keyboard: the 28-year-old had joined the military after leaving school at 16, concluding that all his civilian options had run dry.

But a friend told him about 42, the computer-programming university founded by French telecoms billionaire Xavier Niel, which opened in 2013. The application guidelines seemed tailor-made: no educational record needed, no experience required and, most important for Mr Noah, not a single cent demanded in fees for the three-year degree.

“I could never have afforded a big school,” he says, turning his gaze momentarily to the long, curling flames tattooed on his forearm. “My perspectives were limited, to put it mildly.”

Until now, most people considered 42 little more than an educational curio bolted on to the French capital’s northern rim — where the city’s elegant Haussmann-era buildings morph into the rundown tower blocks that have become a symbol of “the other France”.

That changed this week when Mr Niel announced he was taking his iconoclastic and professor-less university to California to set up shop at the global cutting edge of technological innovation, in Silicon Valley.

Shelling out $100m from his own deep pockets, the French entrepreneur, who started his business career investing in sex shops and briefly served jail time after a four-year judicial investigation into one of his businesses, said his Fremont-based campus would open in November and grow to 10,000 students over the next five years.

Offering free tuition in a country where students usually pile up huge debts to pay for their education, the university said in a press release that its mission was to uncover “the talents of their generation in the field of programming and to do so on a broad scale”.

Evan Spiegel, cofounder and chief executive of Snapchat, called it “a school from the future”.

What else should its students in the US expect? The first thing, says Nicolas Sadirac, co-founder of Paris’s 42, is the so-called “swimming pool” — the university’s four-week entrance exam, which applicants have to take on the campus itself, making the most of their 672 hours to solve its brain-curdling puzzles.

“It’s the hardest thing I have ever done,” says Anaelle Zouari, a 24-year-old student who joined 42 in November last year. “But it teaches you a lot of the stuff you need to know to start learning and working when you get in.” 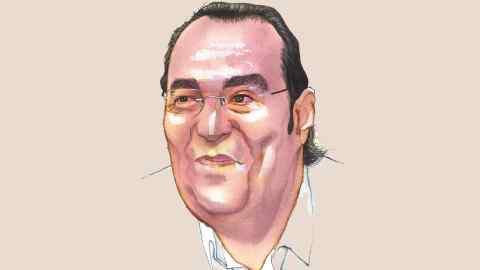 Before joining 42, Ms Zouari, a tall figure with bleached hair and a piercing in her lip, worked in retail and in a bar. She left school at 17, unhappy with France’s traditional school system, which she found too rigid.

“I like to learn but not what they want me to learn,” she says. “French teachers don’t seem to like what they do and they shout at you.”

Nicolas Sadirac, 42’s jeans-and-T-shirt-clad co-founder, says one of the main ideas behind the university was to solve a business bottleneck. “Xavier and I were both employers in IT and we couldn’t find people to do the work,” he says.

“French education works but it works in a world that is slowly disappearing,” says Mr Sadirac. “It is very centralised, almost monolithic, and it has trouble accepting diversity.”

That is potentially important in a country like France, the world’s sixth-biggest economy but where nearly a quarter of young workers are unemployed — and where social mobility is among the worst of the member countries of the Organisation of Co-operation and Development.

At 42 — named after the answer to the meaning of life, the universe and everything, according to Douglas Adams’ Hitchhikers’ Guide to the Galaxy — there is no centralisation.

Students, who are aged between 18 and 30, are expected to take three years to complete the course’s 21 levels, a scheme based almost entirely on the video game Warcraft. There are no teachers in the university, which is open 24/7, and peer review is an essential part of progressing.

Students carry out coding projects in any one of three large rooms on three floors stuffed with computers. They can eat, nap and shower on the premises — the railings in the stairwell are covered in drying towels — and they can come and go as they please.

Arnaud, a tall 25-year-old in a green fleece pocked with ash burns, says that he was heading straight for a job at McDonald’s before he chanced upon 42 in 2013. Today, he feels confident about his future and already has a part-time IT post thanks to what he has learnt at 42. “I feel I can get a job any time because this place has taught me to do things by myself,” he says.

Ms Zouari feels the same way. “It’s the first time in my life that I actually like what I’m doing. I don’t see myself working in a bar any more.”