Lex letter from New York: a bitcoin ETF is a terrible idea

Everyone is talking about cryptocurrencies these days. At the Galaxy Comics bookstore in Brooklyn earlier this month, I overheard a group of high-school boys excitedly discussing how to purchase fractions of bitcoins. Meanwhile, my 13-year-old stock-trading nephew has been bombarding me with messages about dogecoin, the crypto token that was created as a joke but which now boasts a $35bn overall market value. Even an artist friend, who normally shows zero interest in finance, is wondering how easy it would be to create and sell non-fungible tokens of her works.

Speculative mania? Or digital gold? Whatever arguments there may be about cryptocurrencies, there is no denying that they are moving ever closer to the mainstream. Companies such as Tesla and Square have purchased bitcoin. PayPal, Visa and Mastercard all allow users to pay with it.

The surge in interest is understandable. The market value of all the world’s cryptocurrencies blew past $2tn for the first time this month, according to data from CoinMarketCap.

Bitcoin, the largest of these, is worth almost $1tn, with its price having doubled to $53,350 since late December. The next five biggest coins, ethereum, binance, XRP, tether and cardano, have a combined value of more than $500bn. This means that for all its volatility and lack of fundamental underpinnings, cryptocurrencies have become a sizeable industry that is too big to ignore.

This, in turn, has rekindled talks that 2021 may be the year a US-listed bitcoin exchange traded fund — the holy grail for crypto investors — finally comes to the market.

Eight years after Cameron and Tyler Winklevoss submitted the first filing for a bitcoin ETF, the idea of creating a low-cost way for investors to access bitcoins without the hassle of dealing with digital wallets and custodians, remains elusive.

US regulators have repeatedly batted down attempts to introduce them, citing concerns about potential manipulation and thin liquidity.

But a growing number of companies think the times have changed. At least eight firms, including big fund managers such as Fidelity and VanEck, are seeking regulatory approval for bitcoin ETFs from the Securities and Exchange Commission.

They argue the bitcoin market is larger and more evolved these days. A bitcoin ETF, they say, will simply provide a cheaper and more efficient way to own bitcoins.

It is a terrible idea. ETFs may simplify investing, but they do not change the fundamental characteristics of the asset the ETFs would hold.

ETFs are liquid only because market makers trade to ensure there is no gap between the market price and the underlying price of the assets in the index they track. So the assets need to be liquid too. That could be a problem with bitcoin, the supply of which is capped at 21m coins. In a market plunge, investors could find themselves locked into the shares. Limited liquidity in underlying assets also intensifies the risk of manipulation by big investors.

Some think Gary Gensler, the SEC’s new chair, will be more open to the idea of a bitcoin ETF because he has taught crypto and blockchain courses at the Massachusetts Institute of Technology. But he has more pressing priorities, namely the boom in special purpose acquisition companies and whether trading apps such as Robinhood encourage investors to take too many risks.

Approving a bitcoin ETF would be a momentous decision. He will want to take his time on it. Until then, potential bitcoin investors can always look into fractional trading.

Have a good rest of the week.

If you are a subscriber and would like to receive alerts when Lex articles are published, just click the button ‘Add to myFT’, which appears at the top of this page above the headline 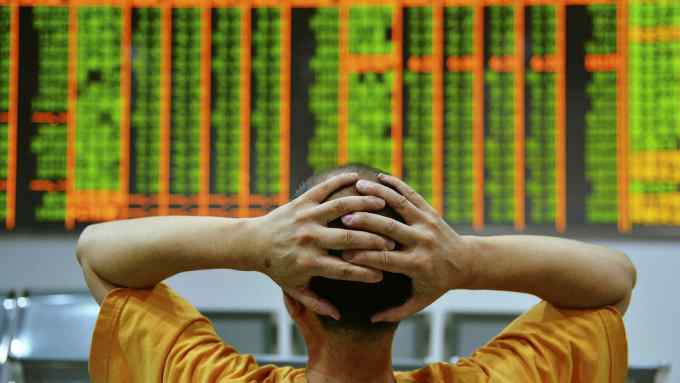