It is never easy to break up, but learning to start over is sometimes even harder.

Executives at the Turkish branch of Abraaj are looking to cut ties with the embattled private equity group based in Dubai.

Abraaj was once the Middle East’s largest buyout fund with close to $14bn of assets under management led by Pakistani-born founder and boss Arif Naqvi. It has been behind some of the biggest takeovers in the region, including buying stakes in ride-hailing app Careem in Dubai and online retailer Hepsiburada in Turkey.

Like Abraaj, Mr Naqvi was a power house in the Middle East and other emerging markets. He collected lavish praise from his peers and was a regular attendee of high-profile events like Davos where he appeared on stage with billionaire Bill Gates in January this year.

But following concerns from investors, including the Bill & and Melinda Gates Foundation and the World Bank that it had mishandled millions of their money in its healthcare fund, Abraaj stands accused of using money from investors to cover expenses.

Mr Naqvi was also involved with a bounced cheque for $217m in the UAE, where a case against him was subsequently settled. At present Abraaj’s debt of about $1bn is estimated to exceed the value of the company’s portfolio.

Although the company is still under forensic investigation and both Abraaj and Mr Naqvi deny wrongdoing, investors have lost confidence in the business. This is expected to lead to the sale of all its businesses to global investors.

Abraaj also put on hold what would have been a new $6bn flagship fund as trust in the future of the company waned.

Private equity insiders in the region say Abraaj’s misfortunes are likely to have implications for others. The head of investor relations at a multibillion buyout fund said Abraaj’s troubles would also harm other private equity groups looking to do business in the Middle East.

“I think this is generally unfortunate for the region where people are already concerned about the rule of law,” said one person in the industry who did not want to be named.

In light of recent events, executives at the Turkish branch of Abraaj are looking for a clean break, hoping for a new owner who will facilitate the sale of assets in the current portfolio and then initiate new fundraising, according to people with direct knowledge of the plans.

The Turkish entity is expected to be acquired by Brookfield, a Canadian asset management group, people briefed on the negotiations said. “This [Turkey] is still the best platform in emerging markets,” said Selcuk Yorgancioglu, co-chief executive of the Abraaj group in Turkey who, along with group partner Omar Syed is expected to lead the business after the sale is completed.

Mr Yorgancioglu added: “Most of the companies in the Abraaj portfolio in Turkey are in good shape. After the sale to a new owner, people are hoping the business can be rebuilt. This is an opportunity.”

The Big ReadMiddle Eastern companies
Private equity: inside the fall of Abraaj 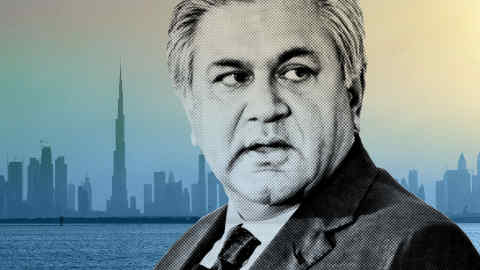 Some of Abraaj’s investments in Turkey have managed to navigate particularly difficult local markets given the recent slump in the lira and the tensions between Turkey and the US.

Last year, Abraaj purchased a stake in Netlog, Turkey’s largest integrated logistics group. More than half of its earnings before interest, depreciation and amortisation comes from international operations. “It is doing very well,” said a source close to the company.

But an investment in Yorsan Group, one of the country’s largest dairy producers which has struggled financially is troubled, according to multiple people familiar with the company.

Abraaj also owns Hepsiburada, the country’s largest ecommerce business which operates an Amazon-like business in Turkey. People close to the company have said that it is experiencing robust growth year-on-year in US dollar-terms.

But industry insiders are not convinced it will be smooth sailing for the Turkish business when it breaks free from Abraaj. Selling assets will be hard in the current harsh business climate where businesses have seen writedowns of 20 per cent or more.

Once Brookfield has taken control, the Turkish business is also expected to start raising $1bn from investors. But the funds will be raised only if sales of the businesses that it currently owns are successful, people with knowledge of the plans said.

“The Abraaj brand didn’t only do damage to their business which led to their bankruptcy but it damaged the reputation of emerging markets funds,” a private equity executive in Turkey said. “The next time we appear in front of large institutional investors they will look twice and say they need to be careful.”

How investors lost faith in Abraaj

Founded by Arif Naqvi in 2002, Abraaj expanded to become a specialist in emerging markets with almost $14bn under management:

Investors in the $1bn Abraaj healthcare fund, including the Bill & Melinda Gates Foundation, raise concern over the misuse of their money

Abraaj files for provisional liquidation in the Cayman Islands

Liquidators shortlist bids for Abraaj’s asset-management business, that operates much of the group’s investing, and individual funds 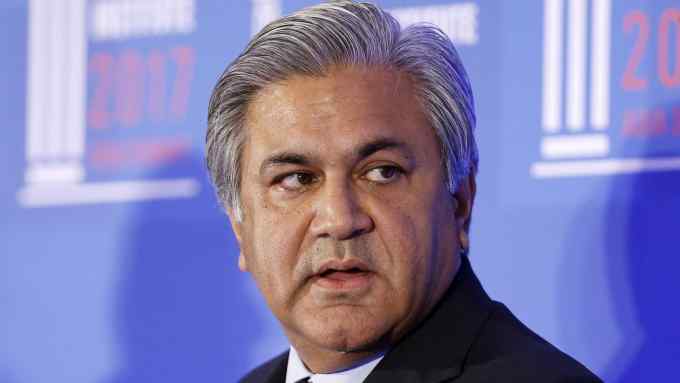