We’ll send you a myFT Daily Digest email rounding up the latest Confederation of British Industry news every morning.

The City of London has attacked Theresa May’s vision of the UK’s future relationship with the EU as other businesses said the prime minister needed to provide more details on tax, customs and immigration.

Catherine McGuinness, policy chairman of the City of London Corporation, described the government’s white paper proposals, which abandoned a “mutual recognition” plan that would have seen the UK and EU mirror each other’s financial regulations, as “a real blow for the UK’s financial and related professional services sector”.

She added that the EU’s equivalence regime, which allows foreign countries such as the US to sell some financial services across the EU, as “not fit for purpose” in its current form.

The white paper proposes extending the EU’s current equivalence system to new areas of finance and beefing up its governance arrangements.

Another lobby group, TheCityUK, said it was “regrettable and frustrating” that mutual recognition “has been dropped before even making it to the negotiating table”.

The Bank of England and the Financial Conduct Authority gave their blessings to the proposals before they were published, according to people familiar with the situation.

Privately, senior financiers were more optimistic, with one banker describing the proposals as “pragmatic and workable” with “even a couple of elements that are helpful”.

This is the best starting position we could have had, under the circumstances, but it misses key elements and there are big concessions

Simon Morris, a financial-services partner at CMS, the law firm, said: “This is the best starting position we could have had, under the circumstances, but it misses key elements and there are big concessions.”

These include no request for equivalence in providing financial services to retail customers, and no answer on whether the City can continue with euro clearing without direct oversight from EU regulators.

As the UK and EU begin to design an equivalence regime, the outcome will also be scrutinised by the US to note any differences with its own equivalence arrangements.

Mrs May’s proposals were greeted with little enthusiasm by other business groups, with the CBI saying many gaps remain, especially for the services companies.

“More detail is needed on EU VAT, some services sectors and the new customs system,” said Carolyn Fairbairn, director-general of the CBI employers’ federation. “It will be a make-or-break summer.” 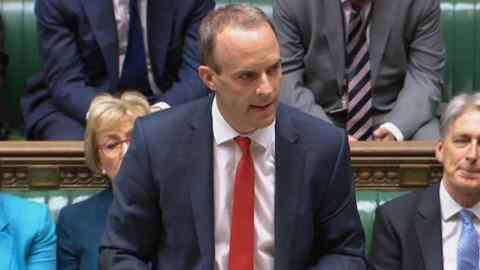 The Institute of Directors raised concerns that were echoed by others, including the British Retail Consortium and the British Chambers of Commerce, about access to labour after freedom of movement ends between the UK and the EU.

The proposals offered an unspecified arrangement to allow UK and EU citizens to continue to travel to each other’s countries and businesses without further details.

“The biggest question mark looms over what will replace freedom of movement,” said Stephen Martin, director-general of the IoD.

Adam Marshall, head of the BCC, which represents 75,000 businesses around the country, added that his members were “crying out for clarity on immigration”.

Goods exporters, such as the aerospace sector and car manufacturers, were largely happy at the plan, with Honda saying it was “pleased to see that the automotive sector’s need for frictionless trade in goods on the basis of harmonised regulation has been recognised”.

The pharma industry welcomed assurances that the government was looking to ensure that authorisations for medicines, along with safety and “batch release” procedures, would not have to be duplicated in both the UK and an EU member state.

Technology executives, meanwhile, welcomed the government “moving forward” with its commitment to ensure the free flow of data between the UK and EU and to prevent a skills shortage.

“It now sounds as though the new policy position is that they will make it easy enough for talented workers to come from the EU to get jobs,” said Matthew de la Hey, co-founder of Inploi, a jobs app.