Goldman Sachs opens to the masses

For almost 150 years Goldman Sachs has been the go-to bank of the rich and powerful. But now the Wall Street titan is opening up to the masses on Main Street by offering online savings accounts for as little as $1 on deposit.

Goldman’s shift down market comes as the bank is under pressure to develop new streams of funding. Weak first-quarter results from the big US banks have highlighted the challenges faced by their investment banking units, under pressure from volatile markets and tight regulations.

Analysts last week fired a barrage of questions at the US banks, and at Goldman in particular, wondering why they were not doing more to reboot their businesses. Goldman posted the lowest quarterly return on equity — just 6.4 per cent, on an annualised basis — of the past four years.

The bank last week launched GSBank.com, a platform it inherited via the acquisition of a $16bn book of deposits from GE Capital.

Through that deal it gained about 145,000 retail depositors and is now seeking more, offering annual interest rates of 1.05 per cent on a savings account — many times better than the rates of the biggest US brick-and-mortar lenders such as Citibank, JPMorgan Chase or Bank of America.

Stephen Scherr, Goldman’s chief strategy officer, said the aim was to broaden sources of funding for GS Bank, its New York State-chartered lender. Until now, the unit has focused on wholesale funding sources and so-called “brokered deposits”, which are bulk sums that banks acquire from brokers in exchange for high interest rates.

By tapping regular retail depositors, Mr Scherr said, the bank can open up “a different avenue to use, with a different orientation and a different tenor”.

Devan Goldstein, banking expert at NerdWallet, a San Francisco-based personal finance site, said he was unsure whether rate-hunters would be drawn to GS Bank from other online banks such as Ally or Discover. But he predicted the Goldman brand was probably enough to pique interest. 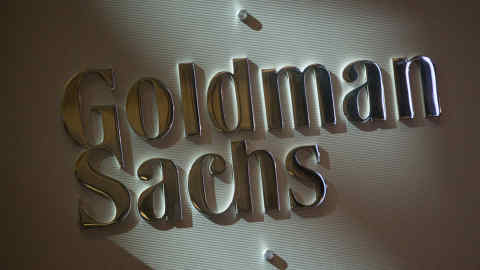 “It’s synonymous with the dream of wealth in America,” he said.

Goldman’s acquisition of GE Capital’s deposit book, which closed a week ago, is a good fit with the demands of regulators, which have been urging the biggest banks to fund their activities through deposits rather than short-term bonds or loans. Under a new liquidity standard introduced by the Basel Committee that came into effect last January, deposits from retail customers are considered the least likely to vanish when problems arise.

In addition to the instant-access savings account, GS Bank is offering a range of certificates of deposit, from six months to six years. The six-month CD pays an annual percentage yield of 0.7 per cent, more than five times the national average.

GS Bank had been aggressively gathering deposits independently of the GE deal. As of last December it had total deposits of $98bn, up from $83bn the previous year.

Mr Scherr said the new funds could support Mosaic, the bank’s embryonic effort to rival online lenders such as Lending Club and Prosper. That unit, run by a former senior executive at Discover, now numbers about 100 people, and is preparing to start originating loans by the end of the year.

Goldman’s push into mass-market banking will not be significant enough to replace lost trading revenues, said Jeffery Harte, an analyst at Sandler O’Neill in New York. But he said it was worth exploring, all the same.

Listen to the podcast: Goldman Sachs opens to the masses