Vanguard has fired the latest shot in a fee war at a time when cheap passive investing strategies are booming and active managers have come under pressure for their lacklustre performance.

Chief executive Tim Buckley said Vanguard would cut $1bn from its investment fund fees by 2025 after reducing its charges by $140m last year.

The move marks a further escalation in the battle between big asset managers that has pushed fund fees lower over the past two decades.

Pennsylvania-based Vanguard has gained a reputation as one of the investment industry’s toughest price competitors by continuously reducing its fund fees since it was founded in 1975, a strategy that has helped it to recruit more than 30m clients. Investors allocated $299.4bn in new cash to Vanguard’s funds last year, up 61 per cent on the $186bn of net inflows registered in 2020.

Vanguard’s international arm recorded net outflows of $39bn in 2021 after it pulled out of running several low fee mandates on behalf of large institutional clients, part of a shift to focus more on financial advisers and retail investors in non-US markets.

The group has also been a pioneer in passive investing, with funds that track baskets of assets rather than paying expensive fund managers to bet on winners and losers.

Competitors including BlackRock, State Street, Charles Schwab, UBS and Amundi have fought back in the price war.

BlackRock this week cut fees on two bond exchange traded funds with combined assets of $34.6bn after shaving charges on ETFs with $14bn in assets in October. The New York-based asset manager will report its latest financial results on Friday.

Buckley said the fee cuts would be spread across Vanguard’s active and passive funds. The decision comes at a time when active managers face mounting scrutiny over their fees and performance. Last year, just a quarter of the active fund managers that invest in large US-listed companies beat Wall Street’s S&P 500 share benchmark.

The average expense ratio for actively managed US equity funds — the proportion of a fund’s assets that goes to management fees and other operating expenses — was 0.71 per cent in 2020 compared with 0.06 per cent for index equity funds, according to the Investment Company Institute, a global trade body.

The huge shift by investors into index-tracking ETFs over the past decade — overall assets reached $10.3tn at the end of 2021 — has helped Vanguard and its nearest rival BlackRock to build increasingly dominant positions as the two largest players in the global asset management industry.

Investors poured $347bn last year into Vanguard’s exchange traded fund arm, which secured more than a quarter of the ETF industry’s record annual haul of $1.3tn in 2021. Six of the 10 most popular ETFs bought by investors last year belonged to Vanguard.

This helped push the group’s assets under management above the $8tn mark for the first time to $8.4tn at the end of December.

Jack Bogle, Vanguard’s founder, opposed ETFs because he believed they would encourage investors to trade more frequently, which would result in higher costs and lower returns. But these concerns were not reflected in client behaviour, said Buckley.

“Only a quarter of Vanguard’s clients trade in any given year. Most of the activity is the result of portfolio rebalancing which affects a fifth of the customers’ assets on average,” he said.

Record inflows for ETF providers have encouraged an extraordinary proliferation of new products. Asset managers have created dozens of niche thematic ETFs and US regulators are facing mounting calls to approve the launch of Bitcoin ETFs.

“Does an ETF belong in a long-term portfolio or could it disappear in 10 years’ time? Bitcoin ETFs might be fine for a discussion at a cocktail party but are cryptocurrencies an asset class with an intrinsic value? Investors need to stick to basic principles,” said Buckley. 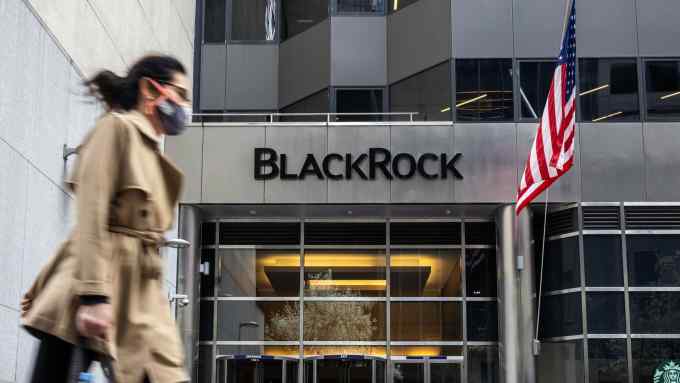