The US-China trade war is over, runs an often-made joke in Singapore. “And the winner is Vietnam.”

Actually, the war shows little sign of easing, even as the combatants reel from the coronavirus, but the punchline still captures an important truth.

For a decade all eyes were on China but now the focus of global growth is shifting towards south-east Asia, a patchwork of 10 nations and nearly 700m people to the south of China and east of India. If every region has a moment when the stars align — economically, demographically, geopolitically — then south-east Asia’s may be now.

With rapid urbanisation and industrialisation, a young demographic, sweeping digitisation, growing access to education and rising female empowerment, south-east Asia is poised to acquire a new standing in the world.

Largely this is because it can build on its neighbours’ successes, thanks to Asia’s postwar history as one of mutually reinforcing growth waves.

Percentage of total trade across Asia that is now internal to the region: borders have come down, and poverty with them.

First came Japan’s meteoric ascent, followed by the rise of the so-called tiger economies of South Korea, Taiwan, Hong Kong and Singapore. These territories both inspired and led investment into China, which became Asia’s largest centre of growth. Now all of them are investing in south-east Asia.

The 10 members of the Association of Southeast Asian Nations join India, Japan, Australia and China in constituting a mega-region that accounts for nearly 40 per cent of the world’s gross domestic product in purchasing power parity terms.

China trades more with south-east Asia than with the US, in effect favouring more reliable neighbours over a capricious superpower. Its venture capitalists also see opportunity in the region: for instance, they invested more than $650m in its tech companies in the first half of 2019, according to data provider Refinitiv.

Corporate America is also tilting towards south-east Asia. Although US president Donald Trump withdrew the US in 2017 from the planned Trans-Pacific Partnership (TPP), whose other members were to include Japan, Australia and Vietnam, US imports from Vietnam kept growing. By 2019 they were up 40 per cent year on year, while those from China had fallen more than 20 per cent.

It is because the US did not join the TPP that companies from Mastercard and Qualcomm to Exxon and Pfizer have invested more in Asia. That is the only way they can gain the kind of access enjoyed by rivals from the other countries that signed a successor TPP deal. In 2019, south-east Asia had $150bn in foreign direct investment, be­hind China’s $200bn but ahead of India ($50bn).

There is more to come as the EU seeks a trade agreement with Asean based on its existing deal with Singapore, and a post-Brexit UK strives for a stronger presence in Asia. Investing in China will remain attractive bec­ause of its market size and industrious efficiency, but the trade war and the pandemic have underscored the risks of reliance on a single country. More companies are opting to “make where you sell”.

Many multinationals want to diversify into south-east Asia, both as a hedge and to access its fast-growing markets. Samsung phones were already made in Vietnam before South Korea shifted more production there after the outbreak of Covid-19. True, companies with sophisticated production processes such as Apple cannot yet replicate elsewhere the quality and scale of output achieved by Foxconn’s “iPhone City” plant in Zhengzhou, China. But even before coronavirus hit, Apple was scouting Vietnam to set up similar special economic zones.

Vietnam expects about 5 per cent growth in 2020. Yet with a GDP of just over $200bn, it is one of the poorer countries in a wealthy region. Resource-rich Indonesia’s GDP has passed $1tn, Thailand’s is nipping at $500bn; Singapore’s nearly $350bn is on a par with Hong Kong’s; and Malaysia and the Philippines have GDP above $300bn. In the past, poverty and border restrictions kept intraregional trade low, but across Asia 60 per cent of total trade is now internal to the region, according to McKinsey. Borders have come down, and poverty with them.

At the same time, if Asean were a country, it would be among the world’s most unequal, with Singapore and Brunei exhibiting Crazy Rich Asians-levels of wealth: annual per capita incomes are more than $80,000, while the figure for Myanmar and Papua New Guinea is under $3,000.

Yet, unlike in the west, south-east Asian nations attack poverty through investments in infrastructure, education, jobs, mobile banking and agricultural development, among other areas.

Coronavirus will affect export orders, but Asean countries are better placed to weather the storm than in 1998 or 2008

A common mistake about Asia in the 2008 financial crisis was that a drop in western demand would cripple its export-dependent economies. In fact, Asia continued the reforms begun after its own 1998 crisis, to focus on building trade surpluses and currency reserves and shift towards flexible exchange rates while controlling inflation. The 2008-09 export contraction was 35 per cent but was offset within the region by growth and lowered trade barriers.

Coronavirus will affect export orders, such as for garments and car parts, but Asean countries are better placed to weather the storm than in 1998 or 2008.

For one thing, they depend for trade not on the west but on each other, as well as China, Japan, and India. While China’s growth has decelerated, it is importing more from its neighbours. Equally important, most Asian economies are now service-based, with large populations and consumption driving growth more than trade.

Given the strength of the US dollar, now is the time for global asset managers and private equity to expand their allocations to emerging Asia, where currencies are weaker and businesses can be acquired more cheaply than western counterparts. Corporate debt is rising, but most of it is now in local currencies, meaning that concern over a “taper tantrum” of rising US interest rates has receded.

Manufacturing, real estate, banking, technology and agriculture are all ripe for infusions of foreign knowhow to build on solid bases of assets and customers. When thinking of how we will view Asia in the decades ahead, the most apt axiom will be: they used to make for us; now we make for them.

The writer is managing partner of Future­Map, and author of ‘The Future is Asian’

Get alerts on Asia when a new story is published 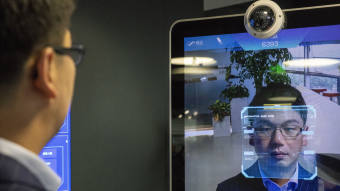