An Olympic sprint for the finish line 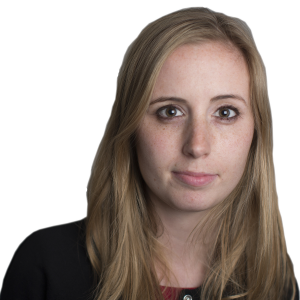 “Russians are slow to saddle the horse,” Otto von Bismarck once remarked. “But they drive fast.”

One hundred-plus years, two revolutions, decades of Soviet rule and 14 years of Vladimir Putin later, Bismarck would be pleased to know that his observation is truer than ever in Sochi, where final Winter Olympic Games preparations are taking place at breakneck speed.

At Sochi’s Olympic Park last week workers furiously painted, planted and hammered. They laid fresh asphalt in the pouring rain and when it was ruined they re-laid it. Inside the Olympic Park, corporate and country-themed pavilions were miraculously taking shape within days, or even hours.

It is a scene out of the Russian television show The Comedians, which in 2010 produced a satirical ballad joking that Russia would do nothing to prepare for the games for four years until the final week when – after a call from President Putin – ice rinks, ski jumps and ski runs would be erected, two-thirds of the city resettled and Sochi’s Armenian migrants evicted within an hour.

True to form, the last-minute preparations suggest as much. They are also a lesson in Russia’s love for superlatives.

At an estimated cost of $51bn, the Sochi games are believed to be the most expensive Olympics ever. They will feature Europe’s biggest snow-making operation (dozens of snow machines, 404 snow cannons, 450,000 tonnes of saved snow); Russia’s biggest amusement park; and an $8bn 48km-long road and railway, a transport link so expensive Russian Esquire magazine estimated it would have been cheaper to pave the route with Beluga black caviar.

The games, for both Russia and Mr Putin, are, of course, much more than a sporting event. More than 20 years after the collapse of the Soviet Union, the Kremlin is anxious to show it can still triumph on the world stage, showing off sparkling new infrastructure, putting on an unforgettable show and raking in gold medals, western journalists and politician naysayers be damned.

A native of the Lake Baikal region, Ms Kalinina and her husband moved to Sochi 12 years ago to escape Siberia’s winters. For half that time they have been living through what they describe as the three stages of Sochi grief, a cycle as Russian as they come. “In the first stage we celebrated,” Ms Kalinina says. In the second stage there was “terrible suffering”. Now, in the third stage, “everything is fine. The test is over”, she says cheerfully.

The “terrible suffering” came in 2010, when the home the couple had just spent thousands of roubles renovating in a wooded valley began collapsing from within, the result of a new road being constructed on the hill above it. While local authorities refused to respond to their complaints, they were ultimately lucky. After 18 months – and an article in the Financial Times – they managed to move into a new home after receiving full compensation following an appraisal by the International Olympic Committee, the only authority to respond.

The couple say they are happy now and believe the Olympics might just be worth it. Over Orthodox Christmas they travelled up to Krasnaya Polyana, the mountainous ski town that has been given a European makeover ahead of the games. “It’s like a different country,” Ms Kalinina gushed.

Others are less pleased. The Russian saying, “We tried our best, you know the rest” is a frequent grumble among locals, who fear that Russia will not be able to pull it off, or that the newly built infrastructure will collapse immediately after the games. Some residents have lived without electricity or water for days at a time due to frequent blackouts from the construction. Others fear they will have to stock up on petrol and non-perishables before the Olympics because all food and gasoline will bypass the city during the games, heading straight to the Olympic Park.

A Russian citizen, he had been pulled over by police for a 10-minute inspection of his papers. It was the third time this month, he said.

Get alerts on Olympic Games when a new story is published