In April the Royal Horticultural Society publicised one of its reports with the dramatic headline: “Threat to UK gardening from climate change revealed.” Few will be surprised by this revelation. Britain’s horticultural prowess has grown from its sympathetic, maritime climate; the consistent rainfall and mild temperatures allowing for the cultivation of a wide variety of plants. The RHS, working with the Met Office — the UK’s national weather service — and three UK universities, concluded that more extreme weather should be expected from an increasingly variable climate: more rain in winter and hotter, drier summers. The latter might be a cause of celebration for some but a nightmare for gardeners.

In the report Professor Dame Julia Slingo, former chief scientist at the Met Office, writes: “Our perspective on what a garden should be and what we like to grow in it will have to change.” The report goes on to suggest a major casualty is likely to be the traditional lush green lawn, which “may have to be converted to dry meadows, as pressure on water supplies increases”. Most are unlikely to tear up their treasured lawns anytime soon, though. In fact an RHS survey of 1,000 gardeners found only 2 per cent felt they had the knowledge to adapt to a changing climate.

James and Helen Basson are British gardeners who have spent the past 15 years adapting their practice to a harsher climate. In 2000, not long out of university, the pair moved to the south of France and established Scape Design, a company that now holds an impressive record of awards and high-profile commissions. None more so than the main sponsor’s show garden at this year’s Chelsea Flower Show.

The couple admit how little they knew when they started creating Mediterranean gardens. They learnt on the job, developing a signature style of naturalistic and sustainable design that draws inspiration from the immediate landscape and indigenous flora.

They were also influenced by other ecologically minded individuals working on France’s south coast, especially master nurseryman Olivier Filippi. On a cliff overlooking the Etang de Thau, just south of Montpellier, Filippi has established a renowned nursery specialising in Mediterranean natives. His diverse catalogue and ecological principles have made him the go-to man for designers in the region. “Walk the desert” were the words Filippi enshrined in the minds of the Bassons as they struggled with the pressure of clients demanding unsustainable plantings, particularly lawns, for their Provençal homes.

His words had a dual meaning. First, that the couple should be steadfast in their principles regarding sustainability but also, in a more literal sense, to conserve water. In a climate where prolonged droughts and temperatures over 40C are the norm, the obsessional desire for expanses of green lawn, requiring almost 1,000 litres of water per sq metre annually, is absurd yet commonplace. Scape Design now has a strict policy of not installing any irrigation systems and using about 70 per cent native plant species.

In the world of conservation and ecology the restriction of plants to those found in the locality, rather than similar climate zones, is a contentious issue. Some call for the benefits of increased biodiversity while others warn against foreign invasives and garden escapees that destabilise fragile ecosystems. Certainly many Californian plants would survive as well in the Bassons’ gardens as the lavenders and cistus of Provence. However, James says, even if they lack the specific knowledge, “subliminally, people notice”.

While preferring natives, the Bassons are committed to diversity in their planting. Their gold-winning Chelsea garden of 2016 featured more than 300 varieties, in a slice of Provençal landscape that followed the principles of the designer and philosopher Gilles Clément. Clément’s influence on the ecological principles of landscape and garden design cannot be overstated. In his writings he has implored readers to work with, rather than against, nature. He calls for the gardener to “observe more and garden less”, to tread more lightly on the earth by reducing machinery and chemical use and to understand plants and their surroundings so as to better exploit their natural capacities. It seems obvious that a deep knowledge of plants should be part of a designer’s repertoire but this is often not the case.

James Basson says Clément “gave permission” to a generation of designers to think more freely about landscape and ecology. His principles helped shape the Bassons’ last Chelsea offering but are also apparent in their new garden for M&G Investments. Inspired by the natural diversity of an abandoned quarry in Malta, it includes a number of species, such as Euphorbia melitensis and Limonium melitense, never seen in Britain before and which required special permission from the Maltese government to be exported.

In bringing this garden to Chelsea the Bassons are also highlighting the potential of their approach in Britain’s changing climate. As summers become hotter and drier, these Mediterranean species offer a range of possibility, especially to the urban garden where good soil is scarce and concrete abundant.

This dry style of garden offers practical benefits beyond the ecological. Less watering, staking and use of pesticides makes for lower maintenance (a necessary characteristic for most busy urbanites). These gardens are not zero maintenance, though, as James explains: “People think it’s an excuse not to hire a gardener but they need a hand on the tiller.”

Some might argue that there is a risk of losing the joy of gardening in following such principles too strictly. We should ignore Clément when he says “garden less” for although it seems inevitable that a changing climate will alter Britain’s gardens, such change should be seen as a moment of opportunity. With luck, the Bassons’ new show garden will not only encourage those who see it to observe more but also to garden more, and to do so in a more sustainable way. 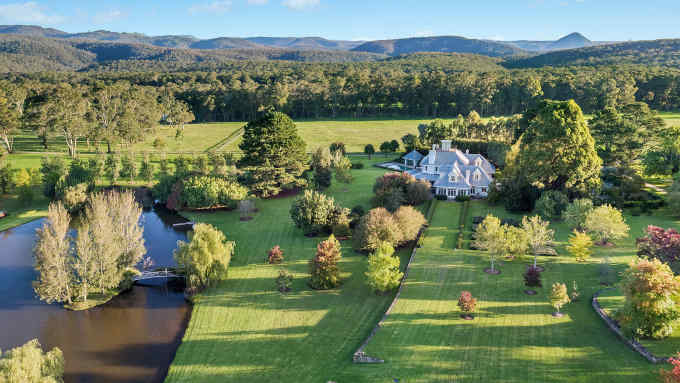