China sets the pace in adoption of AI in healthcare technology

Concerns remain over privacy and security of mountain of healthcare data

A live-stream video of a 76-year-old woman pottering about her kitchen plays on Li Hong’s phone. Li is in London, 8,700km from her mother in the Chinese city of Kunming.

Li has narrowed the distance between them by installing cameras in her mother’s apartment, where she lives alone. The system has built-in microphones and speakers, enabling the pair to discuss the latest readings from the blood pressure monitor of Li’s mother, who has a heart condition. “It’s like I am back in China with her. The technology is so convenient,” says Li.

China has been quick to deploy a range of new technologies to relieve the burden on hospitals, care systems and families caring for the sick and elderly. But it is in medical artificial intelligence that the country’s early adoption of new solutions has been particularly notable, says Eric Topol, a US doctor and author of Deep Medicine: How Artificial Intelligence Can Make Healthcare Human Again.

China has shifted faster than the US in medical AI from research to implementation, driven in part by the availability of high-quality data, says Topol. “China has a massive data advantage when it comes to medical AI research,” he says, explaining that Chinese researchers can train AI models on data sets covering entire provinces. In contrast, their US counterparts are restricted to working with information from single hospitals — largely operated by private businesses that keep records on internal servers.

AI is widely used in healthcare to help doctors analyse scans and images, improving the speed and accuracy of their diagnoses. Airdoc, a Beijing-based medical AI group, recently became the first company to gain regulatory approval for its retina-scanning software to be deployed in Chinese hospitals. “The eye is a window into the rest of the body,” says He Chao, Airdoc’s chief technology officer, noting that changes in the retina, including discolouration, can offer clues about conditions including high blood pressure and diabetes.

“In China, some of the early adoption of medical AI is also driven by need,” says Topol. “They don’t have enough radiologists and physicians to match up with the population.” Airdoc’s retina scanners have been deployed in rural hospitals that lack specialist ophthalmologists — China has 44,800 such practitioners to serve its rapidly ageing population of 1.4bn.

The success of companies such as Airdoc has relied on their access to vast amounts of diverse medical data from Chinese patients. This trove of information allows researchers to train algorithms that will eventually perform functions in clinical settings, such as diagnosing diseases from medical images and scans.

In the case of myopia (nearsightedness) — which afflicts 53 per cent of children and teenagers in China — Airdoc has developed a machine-learning model that measures the size and shape of the lens in a patient’s eye. Implantable collamer lens (ICL) surgery is an increasingly common procedure, in which an artificial lens is implanted between an eye’s natural lens and the iris to produce clearer vision.

The process is fraught with complexity, however, because of possible post-operative changes in the pupil and iris that could mean the lens does not fit correctly. A British Journal of Ophthalmology article describes how Airdoc’s machine-learning model offers 80 per cent-plus accuracy in predicting these changes and selecting the right size of ICL.

“Hospitals are motivated to pursue this digital transformation because China is facing a tough challenge in healthcare,” says Sally Ye, a Shanghai-based healthcare analyst at Omdia, a tech consultancy. “The medical infrastructure is insufficient, and AI digitalisation is a way to solve this problem.”

Ye says Chinese AI companies have an edge over those elsewhere as China has an abundance of the low-cost labour that is required to annotate medical data and standardise it for machine learning.

“China has a big workforce of data scientists, IT engineers and medical professionals that can work on these labour-intensive projects at a relatively low cost,” she says. Beijing’s policymakers have thrown their support behind medical AI companies that come up with technological innovations to ease the burden on the country’s hospital system. Medical and health tech forms a core pillar of the flagship “Healthy China 2030” policy.

Money flowed into medical AI after the policy’s publication in 2016, with large internet companies and start-ups battling to be the first to gain regulatory approval and be deployed in Chinese hospitals.

In 2020 alone, Chinese start-ups attracted $1.4bn of financing, compared with $2.4bn by their US counterparts, and the two nations accounted for 90 per cent of global investment into medical AI start-ups, according to Omdia research.

But the race to get ahead has also encouraged some companies to obtain data through unregulated channels. CN-Healthcare, a Chinese medical media platform and consultancy, reported that, in 2017, third-party data brokers were selling medical records from hospitals to AI companies.

“Medical AI companies don’t have a strong understanding of data protection,” says Deng Yong, associate professor in medical and health law at Beijing University of Chinese Medicine, adding that they have tended to view data compliance as a hindrance.

Ensuring medical data is both anonymised and secure is expensive, and Deng says there has been a tendency to cut corners. A group of Chinese researchers last year found technical vulnerabilities in how mainland hospitals were processing patient data, which exposed the identities of individuals in a data breach.

Hackers have also been on the hunt for poorly secured medical records or data from wearable health devices, which can be sold on to other medical companies or to criminals, who use the information for blackmail or to make false medical claims.

In 2020, Cyble, a US cyber security group, identified a data hack on the Chinese healthcare AI company Huiying, a medical imaging devices manufacturer.

Beenu Arora, founder and chief executive of Cyble, says personal health records and Covid-19 test results were taken from the company’s servers and advertised for sale on the dark web. Huiying did not respond to a request for comment.

Arora says the digitalisation of healthcare, which has accelerated during the pandemic, has increased the intensity of cyber attacks on the medical, healthcare and pharmaceutical industries. “These breaches can lead to patients’ histories being used for potential abuse or criminal activities,” he says.

The vulnerabilities found on Huiying’s database are not unique to China. Tech blog The Verge reported in early December that, based on government data, the personal health information of more than 40m people in the US had been exposed in data breaches in 2021.

But, while healthcare organisations in the US must report medical and health data breaches when they affect 500 or more people, the same requirement does not exist in China. Nevertheless, a partner at a law firm in Shanghai says that although data breaches have occurred in China, none has been “very serious”, adding that “the overall trend in China is towards building a better privacy protection regime”.

At Airdoc, He Chao says the company has the “strictest procedures” and has invested in data protection both by anonymising the medical records that its algorithms are trained on and by inviting external cyber security companies to test vulnerabilities. “These costs are a necessity,” says Chao. “Our company relies on data.”

These security measures are becoming an industry standard after Beijing introduced the Personal Information Protection Law in November, designed to prevent data hacks and other nefarious uses of sensitive personal information.

Much like the EU’s General Data Protection Regulation, the PIPL stipulates that an individual’s explicit consent must be obtained before their medical health data is collected and places the burden on medical AI companies to ensure that data is secured.

China’s AI community is debating how to best secure data privacy, says Jeffrey Ding, a postdoctoral fellow at Stanford University’s Center for International Security and Cooperation in the US and author of the ChinAI newsletter.

“Federated learning is becoming more popular in China as a privacy tool,” says Ding, referring to the practice of spreading data sets across multiple servers to bolster security. “You can never guarantee privacy,” says Topol, “but AI is helping us get much better on this issue.” 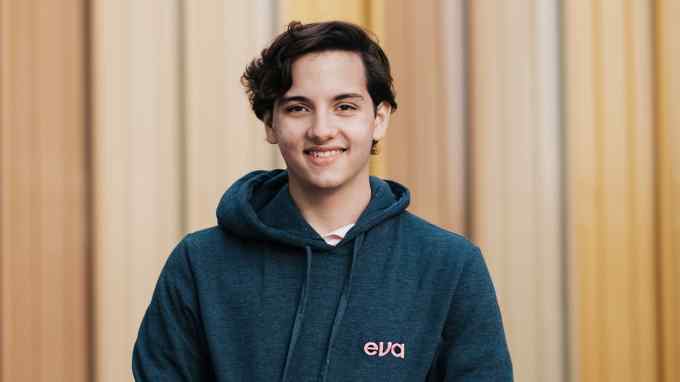