Taipei has been home to many tastemakers over the years, but there is a new force in town: Jenny Yeh, 45, founder of the Winsing Arts Foundation. With her background in real estate and architecture, Yeh’s passion for art started when she was growing up in New York. “The city is filled with art,” she explains. “You’d go to MoMA, the Met, it’s part of life. Going to SoHo, you’d walk into a gallery. After moving back to Taipei, I began to really spend time on art.”

Entering the Winsing Art Place, situated in a quiet residential area in eastern Taipei, is a powerful experience. The feel is cool and contemporary, dominated by sleek white lines and a black steel staircase designed by architect Hsieh Wen-Chih.

Opened in July 2019 as a not-for-profit space to show Yeh’s personal collection, plus occasional loans from other private collectors, the place is designed to be as welcoming as possible. Students are entitled to free entry, and it’s become known as a place for Taipeiers to linger as well as see cutting-edge contemporary art. In addition to the galleries, the complex also houses one of the most comprehensive architectural libraries in the city.

The inaugural exhibition featured the American artist Doug Aitken: an installation of his 2m-high mirror sculpture “Desire” (2017). Her original plan was to show just one work at a time on a roughly two-month rotation — but then, she says, despite its scale, “‘Desire’ seemed small in the space!”

Her second exhibition focused on the Korean sculptor Haegue Yang, while she is just about to open a new show devoted to the Vietnamese-Danish artist Danh Vō. In the future, her ambition is to present site-specific projects that open a dialogue between art and the space itself, as well as the city beyond.

Speaking of Aitken’s “Desire”, one of the first works she bought, she says: “It reflects various angles of the spectator and the surrounding space. I see beyond the surfaces into the desire within. It’s not just about art, but also about self-reflection.”

Vō’s “We The People” addresses the idea of space in a different way. The work, which took Vō four years to make, is a 1:1 replica of New York’s Statue of Liberty, broken up into 250 individual pieces but left deliberately unassembled by the artist.

How does she see her responsibilities as a collector? “Promoting contemporary art and conceptual art to the public. To present what is current, what is happening. To be touched by art — the process of thinking — is very beautiful.”

She adds: “The most important aspect of collecting art is sharing. This is why I created the Foundation — as a space to incite more exchange. Contemporary art provides a different viewpoint to society.” For her, collecting art is not about investment, she insists.

“Collectors should live with art. It is important to find a reason to collect. Lots of people ask me, ‘Are the works for sale?’ The public here does not fully understand the idea of a non-profit.”

Yeh travels abroad as often as she can — at least once a month, she says, and talks fondly about seeing Chen Ching-Yuan being shown at Liste Art Fair in Basel last year. “My work can be stressful at times, but art is the best cure for the soul. It is crucial to have a conversation with art, and vice versa.”

Yeh’s eyes glimmer when talking about her passion. If money and availability were no object, she’d love to own Richard Serra’s site-specific work “Te Tuhirangi Contour” (1999/2001), which she visited in New Zealand not long ago — a curving steel wall 250 metres long, installed into the landscape of Gibbs Farm, not far from Auckland.

The most important aspect of collecting art is sharing. This is why I created the Foundation

While Yeh has so far kept a low profile, like many Taiwanese collectors, she has shown herself eager to explore, and is increasingly in demand internationally. Having started with learning from institutions and academic exhibitions such as Documenta and the Venice Biennale, she is determined to “learn more about creative contemporary artists who present social issues”. She’s now on the Acquisitions Committee at Tate, part of the Centre Pompidou’s International Circle and a “Best Friend” of the Mori Art Museum in Tokyo.

Given the strength of Yeh’s collection and her enthusiasm to share, it’s not altogether surprising to learn that she has plans to found a private museum — but not quite yet, she cautions, but at some point “in the future”.

For now, she’s looking forward to the second year of Winsing Art Place with enthusiasm. “Collecting art is the pursuit of beauty,” she reflects. It’s hard to disagree. 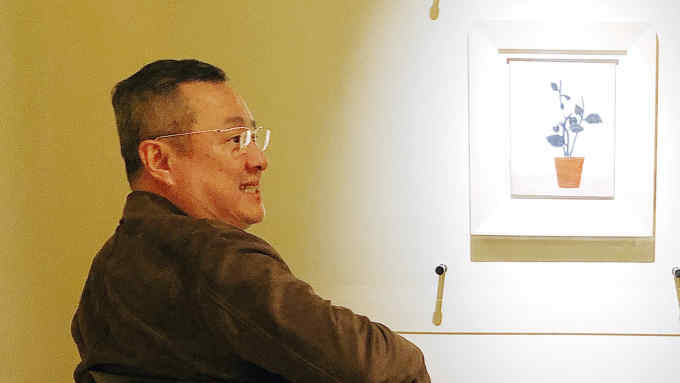