When US presidential adviser Ivanka Trump visited Germany in April, she took special note of the country’s much-admired apprenticeship programme in the hope of taking back lessons that could save jobs in the US.

The German model, called the dual vocational training programme because it gives students theoretical education in the classroom coupled with real-world experience on the factory floor, is “a great trailblazer,” Ms Trump had said on her visit.

It was an odd choice of words for a programme with roots in the Middle Ages but she was correct. The way that companies and the government team up to create a skilled workforce that can adapt to technological changes is a central pillar supporting Germany’s trade surplus — the largest in the world.

With the shift to software and robotics, or Industry 4.0 as it is known, many see Germany’s education programme becoming even more important. “Automation and robots will primarily replace simple tasks,” says Hermann Simon, founder of consultancy Simon-Kucher & Partners.

“You still need workers who can make, assemble, maintain and service complex products,” he adds. “You could even say that the more complex the products get, the more qualified workers have to be.”

The new complexity has caused some people to worry that apprenticeship programmes may not keep up. Those involved say this is a valid concern but that it is difficult for these programmes to lag far behind for long, as industry itself plays a key role in investing, overseeing the curriculum and ensuring that graduates are skilled workers they want to hire.

BMW has 4,600 apprentices training at 19 locations, each learning one of 30 competencies. Konstanze Carreras-Solé, head of apprentice training at the BMW Group academy, says the programme is constantly shifting to teach students new skills in areas such as IT and 3D printing.

“We pimp up the existing professions, and we are going to implement new professions,” she says. As of next year, BMW will even offer apprentices the ability to earn a bachelors degree, without cost, as part of their training.

Near the end of the last century, a reporter for The Guardian newspaper covering Germany's dual training programme marvelled at “the sound of 50 lumps of metal being bashed in unison” by the apprentices, creating a loud “Plinkety-plink! Plinkety-plink!” Today it is a different world.

“They aren’t working with hammers, they have iPads,” says Marion Hebach, head of communications at Leadec, an industrial service specialist for the car industry.

Georg Kierner, 20, is an electronics technician at Leadec who has graduated from an apprentice programme. He says he spent much of his time working with industry-specific gadgets and digitalisation software. “The theoretical curriculum regarding digitalisation for standard building installation is more advanced than what is happening in the industry," he says. “I would say it’s not lagging behind, but leading.”

Christoph Staib, an investor-relations associate at ElringKlinger, a German automotive supplier, emphasises how apprentices learn more soft skills than would be taught at a university. “The students become teachers for the other students,” he says. “They build a loyalty to the company.”

The ability for vocational schemes to keep up with the times is one reason Germany has a 6.4 per cent jobless rate for people under 25, compared with an average of 19 per cent across Europe. In 2000-16, the manufacturing share of gross domestic product only slipped from 23 per cent to 22.6 per cent. In the US it declined steadily from 15.5 per cent to 12.3 per cent, according to the World Bank.

It is easy to see why the Trump administration, which rode to election victory on the back of blue-collar support, would see the value of importing the German model.

Mr Simon warns that this success is not easy to replicate. One reason it thrives is because of its roots in the culture: more students choose vocational training than go to university. The programme also fits into a wider model of German capitalism that prioritises social cohesion and gives greater voice to labour unions — which could be antithetical to Americans.

If the US is serious about importing the model, Ms Trump may want to visit Horsovsky Tyn, a town of 5,000 people in the Czech Republic where Gerresheimer, the German pharmaceuticals packaging group, has the largest of its 42 plants, with nearly 700 employees.

Helmut Schweiger, head of the plant since 2000 when it had just 15 people, learnt early that hiring undereducated young people would not work. In 2009 he set up a joint venture to provide free classroom and factory floor training, as in Germany.

“It took us three years to get young people interested,” he recalls. “The problem was not girls and boys from school but parents and grandparents.”

Mr Schweiger had to convince entire families that learning skills would pay off in the long term. He also needed strong backing from the government. First-year students are only paid 2,000 Czech koruna a month (€78) but the education is free and stipends rise to CZK4,000 in the third year.

Asked what he would tell Ms Trump if she were to visit, he says he would say that importing the German model is more about creating an environment that promotes social unity. “You can buy everything in a company: the best materials, the best machinery. But you can never buy the best employees,” he says. “You need to make them loyal, proud and happy.”

The institutes Germany has set up to educate its apprentices are being used increasingly to retrain older workers and keep their minds fresh.

“We must train them continuously,” says Marion Hebach, head of communications at Leadec, Stuttgart-based automotive industry service specialists. “It is a strategic initiative.”

Companies are also using new technology to help longevity. One example is the so-called exoskeleton (pictured), a wearable structure that can boost productivity by helping staff work faster or carry heavy loads.

“It is as if they were wearing a ‘RoboCop’ suit,” says Luca de Meo, president of Seat, VW’s Spanish car unit. “The average Seat employee will be 42 in 10 years’ time. We must invest in high-tech diagnostics and therapies today to prevent injury or illness and keep our employees healthy and work-ready.” 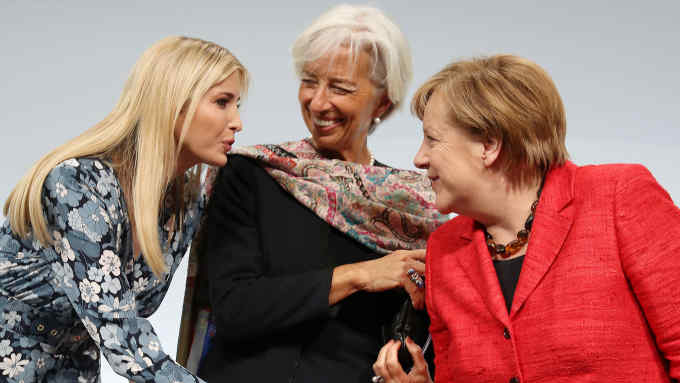