As investors squabble over when the Federal Reserve might lift short-term interest rates, central bankers meeting in Wyoming this week are likely to be debating what they might do if a future downturn forces them to put monetary policy into reverse.

Policymakers will meet at the mountain resort of Jackson Hole amid concerns that central banks’ recession-fighting firepower is thin, and that an overhaul may be needed for how authorities steer their way through the economic cycle.

Last week John Williams, the president of the San Francisco Fed, floated reform ideas that challenged some of the basic assumptions of the central banking tribe. Among his suggestions was the idea of aiming for a higher inflation target to boost central banks’ room for manoeuvre when a downturn strikes.

Mr Williams was not calling for changes anytime soon, but the reason for his suggestion was clear. Eight years after the crisis, an unprecedented cascade of monetary stimulus has still left many leading economies nursing pedestrian growth rates and sluggish inflation. With rates at or close to the floor, there is little or no room for further cuts to spur growth.

“This debate is really about the next recession and how much room there will be to act against it,” says Donald Kohn, a former vice-chairman of the Federal Reserve Board who is now at Brookings. “We do need a further rethink about how much scope central banks have to ease.”

Policymakers are uneasy because of evidence that the so-called neutral rate of interest — the rate that is consistent with an economy operating on an even keel — is stuck at deeply depressed levels. The possible drivers for this decline include puny productivity growth, population ageing, and a glut of worldwide savings. The phenomenon is being seen across a number of large economies, among them the US, Canada, the euro area and the UK.

With neutral rates on the floor, central banks are left with a shrinking degree of influence over the economy. They can slow activity by lifting policy rates, but there is little scope for stimulus via cuts. Tim Duy, a professor of economics at the University of Oregon, says: “Central banks appear to lack the ability by themselves to guide activity as much as they need to.”

Central bankers insist they have more tools at their disposal than some claim. In Europe and Japan central banks are experimenting with negative rates as well as asset purchases as they look for ways to ease further. The Bank of England has been spurred by Brexit in to launching a stimulus effort via a rate cut and new asset purchases.

Bill Gross
Central bankers are threatening the engine of the economy 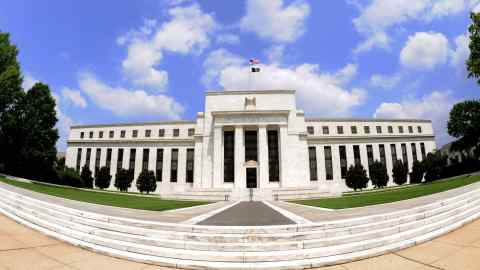 A recent paper from the Federal Reserve Board argued that deploying rate cuts, asset purchases and forward guidance together could be even more effective than a hypothetical scenario where the central bank could cut rates as deeply into negative territory as it wanted rather than being constrained by the zero lower bound.

Even as they ponder their future monetary firepower, policymakers in the US are also discussing when to tighten policy in response to the current strength in the economy. Stanley Fischer, the vice-chairman of the Federal Reserve’s Board of Governors, gave no explicit signal on when the Fed should next lift rates in a speech in Aspen on Sunday, but he sounded bullish as he declared the Fed is close to meeting its targets of maximum employment and 2 per cent inflation.

Nevertheless, the appeal of shooting for higher inflation is that it implies higher longer term interest rates and therefore more rate-cutting firepower when a downturn strikes. Joseph Gagnon, a former Fed economist now at the Peterson Institute for International Economics, says it is a notion whose time has come.

“If you had gone into the recession with 4 per cent inflation not 2 per cent then the whole structure of interest rates would have been higher,” he says.

Raising the inflation target is not, however, a “slam-dunk” policy change, Mr Kohn argues. Moving to a 3 per cent inflation target would require a “very serious conversation with Congress” over whether it met the definition of price stability in the Fed’s legislation, for instance.

In addition, some costs might be hard to quantify. Former Fed chairs Alan Greenspan and Paul Volcker used to define price stability as the rate where households and businesses do not have to pay attention to inflation. “Two per cent might be on the edge, but 3 per cent might be over it,” he said. 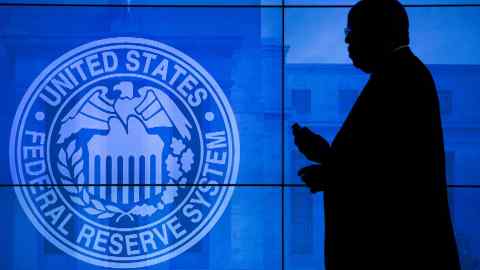 If it lifted the inflation target, a central bank would then need to prove to the markets it could actually engineer an acceleration in price growth to that new goal. If it failed it would undermine credibility.

Some economists argue more heavy lifting will need to be done by the fiscal authorities in future downturns, rather than central banks. Mr Duy, for example, is in favour of a higher inflation target or alternatively a nominal gross domestic product target, but he also says that in the US new “automatic stabilisers” are needed in budget plans to support the economy during a downturn.

The trouble is that proposals that led to bigger budget deficits in a downturn would likely founder in the face of sceptical Republicans on Capitol Hill — just like proposals for central banks to pursue higher inflation.

For the time being, the path-breaking ideas being discussed by central bankers are likely to remain stuck in the realm of theory.