‘Work from home’ ETFs diverge as investors bet on reopening

The performances of two rival funds launched to track the shift toward remote working have diverged wildly this year, as investors bet that some changes brought by the coronavirus pandemic will endure more than others.

Exchange traded fund specialist Direxion started a “work from home” product at the height of the pandemic in late June 2020. The asset manager BlackRock followed three months later with a “virtual work and life” ETF.

The disparity reflects their holdings: WFH’s $115m portfolio is heavy on stocks of businesses that enable working from home such as remote communications, cloud computing and online project management.

The $5m IWFH has suffered from exposure to more consumer-oriented businesses such as streaming services, food takeout and video game publishing, which point to the “life” part of its name. BlackRock declined to comment.

Businesses and consumers alike spent more on technology and remote services as workers were confined by the global pandemic in 2020. But while many companies expect to continue operating “hybrid” working models, many consumer businesses that prospered early in the pandemic have reported slowing growth.

“Consumers are going to be coming back to what they were doing before, whether that’s outdoor festivals or sporting events or dining out . . . that doesn’t bode so well for the Spotifys and Netflixes and Pelotons,” Gokhman said.

All three stocks are held by IWFH, but not WFH. Spotify, the music streaming service, and Peloton, the home exercise company, have declined this year while Netflix has gained. WFH’s largest holding is Zscaler, a cloud security company whose stock has risen 77 per cent this year.

“Thematic” ETFs — funds which try to track specific emerging trends — have grown rapidly in the past few years led by high-profile examples like Cathie Wood’s ARK Innovation ETF. However, the deviation between the two seemingly similar remote work funds highlights a risk for investors.

“The lessons of investing on Wall Street are the same, decade after decade: you have to know what you own,” said Jim Tierney, a portfolio manager at AllianceBernstein. “ETF investing can create the opportunity for more confusion if you’re buying baskets and don’t know what’s in them.”

David Mazza, Direxion’s head of product, said its WFH ETF investors have withdrawn money this year as they shifted focus, but said he still considered it a successful fund that would stay relevant as the pandemic recedes.

He said thematic funds can benefit investors, but agreed that the differences between WFH and IWFH highlighted the importance of doing research.

“If you’re picking between US large-cap equity ETFs there will be some times when they’re different but over longer time periods you’re going to have similar returns,” he said. “The second you step away from that and move into an area that is not cut and dry, you really need to amp up the due diligence.” 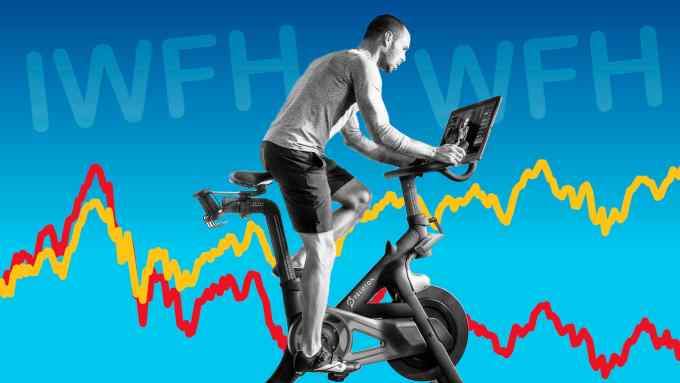