Is leverage still the best benchmark of credit risk? 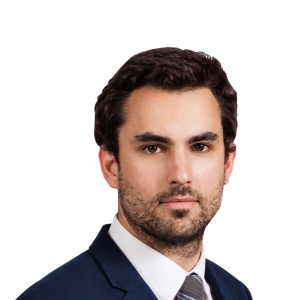 May 8, 2021
Jump to comments section Print this page

One of the primary measures of risk in debt markets is flashing red as global corporate borrowings mount in the wake of the Covid-19 pandemic.

Yet some analysts and investors appear unperturbed, instead questioning whether the traditional benchmark for indebtedness — or leverage — really matters any more.

It’s a debate that matters well beyond the arcane world of balance sheet analysis. Over the past 12 months companies have issued record amounts of debt to plug the hole left by a steep drop in earnings stemming from the economic impact of the pandemic.

It means leverage as measured by debt as a multiple of earnings before interest, taxes, depreciation and amortisation has been jolted higher, raising concerns over the sustainability of corporate debt loads. If the history of financial crises serves as precedent, it’s a concerning sign.

For cynics, questioning the importance of leverage is a self-serving attempt by those involved in bloating corporate balance sheets to downplay the risk that they have helped lay the foundations of a future credit crisis.

As one debt investor says, arguing that leverage is no longer as important is what people say when they need to convince themselves that what they are invested in isn’t as risky as it looks.

But what if cynicism here obfuscates a valid point? Is the traditional leverage ratio still a good way of understanding how risky a company is?

“Not really,” according to John Bell, a loan investor at Loomis Sayles, while analyst Brad Rogoff at Barclays said that while measuring leverage could still be informative, it was “incomplete”.

Rogoff’s criticism is that over longer periods it fails to capture crucial changes to a company’s ability to repay debts. Ebitda excludes movement in interest rates and taxes and their impact on the cash flow of companies, undermining leverage as a signal of credit risk.

Take interest rates; for more than a decade the US Federal Reserve has held interest rates low in an attempt to boost the economy. Over that time, companies have issued new debt and refinanced old debt at lower borrowing costs.

Leverage has increased as the debt companies have taken on has grown, but interest coverage ratios, which measure the amount of cash available for companies to meet interest payments on their debt, have actually improved. There might be more debt but it is cheaper.

Companies also received a boost under the Trump administration from a dramatic decline in corporate tax rates, leaving more cash on their balance sheets that could be used to repay debt. Under the Biden administration, corporate taxes may increase, taking some of this cash away. But neither of these changes are captured by a typical debt-to-ebitda leverage ratio.

The high-yield bond market also has slowly moved away from financing traditional industrial companies with less predictable cash flows to more software and service companies with more predictable revenues. The argument goes that it is easier for debt investors to lend at higher leverage multiples to these companies, as they are more assured of cash flow remaining consistent over time.

Bell and Rogoff say that these factors mean that despite a rise in leverage in recent years, companies’ ability to pay back debt — which is what actually matters for creditors — hasn’t changed that much.

“Eventually, of course, leverage could be a problem, but at the moment companies do have the ability to support more debt,” said Rogoff.

So what are the alternatives? Many analysts look more directly at the ability of companies to pay debts.

“The number one thing we look at is free cash flow as a percentage of debt,” said Bell. Free cash flow is a more unencumbered measure of the amount of cash a company generates after it has paid out on existing commitments, such as interest and taxes.

Barclays’ model looks at how much debt can be repaid, after costs such as capital expenditure and taxes, over seven years, in line with the average maturity of high-yield bonds. It finds that more highly leveraged companies today are able to pay down debt more quickly than in the past.

Using their own model, Barclays argues that a company with a 6 times leverage multiple today is no riskier than one with a 5.25 times ratio a decade ago. Put another way, a company with ebitda of $2bn can take on $12bn of debt and be as risky as a company 10 years ago that had $1.5bn less to repay.

Barclays notes that it doesn’t intend to stop using leverage or free cash flow in its analysis of corporate credit. It’s just that “significant changes over time”, note Rogoff and his colleague Jeff Darfus in a recent report, have made additional analysis necessary.

Get alerts on Leveraged loans when a new story is published