Part of the fun of LVMH Watch Week is seeing where the first major event of the horological year will take place. This year, Singapore takes a bow, reflecting the rising importance of this geographically compact nation as a market for luxury watches. LVMH brands, TAG Heuer, Zenith, Bulgari and Hublot participate, while the watch division of Louis Vuitton does its own thing later in the year.

TAG Heuer gets off to a strong start: such is the richness of its back catalogue that pretty much every year is an anniversary year and 2023 is no exception. It’s the official 60th anniversary of the Carrera, which takes its name from the famously lethal Mexican road race (last run in 1954). The story behind the watch in brief... When Jack Heuer lost a rally because he misread the dial of his dashboard timer, he dumped this “unusable rubbish” (Jack’s words not mine) and set about designing watches so pure they were unambiguous in showing elapsed time, thus creating the Carrera, one of the great classics of midcentury chronography. It still looks as good now as it did in the 1960s, evoking the 2447 SN model from the 1960s, in a visually uncluttered panda-dial limited edition unveiled this week. An essay in functional elegance, it manages to pull off the apparently oxymoronic trick of packing plenty of period detail (vintage-style box glass and chunky centre-stripe hour markers) while also showing the timelessness of Jack’s original concept.

Also back, in time for its 47th anniversary, is the Monza – a cushion-cased watch that IMHO has never had enough visibility. This new Monza is going to change that, not least because the skeleton dial and smoked blue sapphire crystal subdials offer a great view of the 02 COSC Flyback movement, while the inner flange features a two-in-one pulsometer and tachymeter. Most eye-stealing of all is the forged carbon case, making for a quirkily contemporary chrono. If you are reading this, Frédéric Arnault – more like this, please.

There is also forged carbon over at Hublot, viz the Spirit of Big Bang Tourbillon Sky Blue: sky blue strap, sky blue subdials and forged carbon case with sky blue speckling. All in all it is a colourful start to the year at Hublot, with a very fetching purple crystal Spirit of Big Bang (£177,000) and what is apparently a first for watchmaking: a translucent, neon yellow Big Bang Tourbillon (£182,000) made of SAXEM, the mercifully abbreviated acronym for sapphire, aluminium oxide and rare-earth minerals (things like thulium, holmium and chromium). If you are after a palette of colours, then may I direct your attention to the rhino-saving, anti-poaching, limited-edition SORAI (another acronym – Save Our Rhino Africa India), which has a strap executed in purple, black and orange… the colours of sunset, which, the Hublot natural history department informs me, is a particularly dangerous time for rhinos. (You don’t just learn about watches at LVMH Watch Week.)

The LVMH Watch Week moment chez Zenith is all about the Defy collection, and that includes the modern Defy range of integrated case and bracelet steel watches with polygonal bezels. Rather than the octagon of another well-known watch in the sector, the Defy has a dodecagonal bezel. And perhaps four more facets around the face account for the success of the range, which is expanded to include the technical look of a skeleton dial (£9,700) and some fun candy-coloured (blue, pink and pistachio) dials in a 36mm version. I personally like the 36mm iteration and would enjoy wearing it, but the option of a diamond-set bezel (£10,600) suggests a watch aimed at the women’s market. The brand is also targeting women with its Dreamhers initiative, which it describes as “a platform for independent women to share their experiences and inspire others to fulfil their dreams”.

No stranger to targeting the women’s market, Bulgari, the Roman jeweller by appointment to the Dolce Vita, uses this LVMH Watch week to double down on its feminine appeal with new gem-set watches across its women’s collections, whence the highly hashtaggable slogans “Time Is A Jewel” and “The Jeweller of Time”. 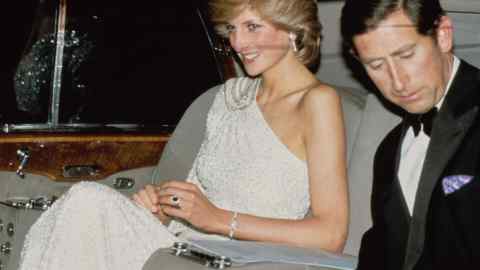 Diva’s Dream (from £35,900), Diva’s Dream Mosaica (POA), Allegra and Serpenti collections all get blinged up with topazes, tanzanites, diamonds, amethysts, tourmalines, rubies, pink sapphires, blue sapphires, rubellites, citrines, peridots, rhodolites and reassuringly large numbers of diamonds in various cuts and settings. Ophidiophiles will be relieved to know there are additions to the main Serpenti collection with new models of the Serpenti Seduttori (from £4,620) and an entirely new species of Italian snake, the Serpenti Tubogas Infinity – a name that suggests there is plenty of mileage in the snakewatch yet.

I suppose the two major trends of this week can be summed up easily enough: classics and colours. Whether these turn out to be a leitmotif for the year ahead will become clear in coming weeks as brands release teasers for the big event: Watches & Wonders in Geneva in late March and early April.