Chips are down for artificial intelligence

Unicorns abound but enthusiasm has dimmed. Will AI fulfil its potential?

Since then the excitement has ebbed as Washington and Beijing fought a trade war, and China’s start-up funding dipped in part because the original AI hype lost its shine.

This raises the question of whether AI — defined as algorithms that mimic human intelligence — can deliver on its potential, and when. The answer is crucial because AI could become the ultimate industry disrupter, threatening tens of millions of jobs in Asia as business processes are automated. In addition, AI is the subject of intense rivalry between the US and China. 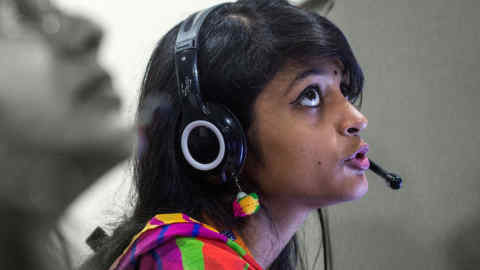 In some areas, AI does display disruptive vigour. In the Philippines and India, call centre businesses have begun to use AI to answer calls. The introduction of chatbots, some of which use the same type of technology as Amazon’s Alexa device, has accelerated during the coronavirus pandemic, call centre companies say.

In Japan, cosmetics makers such as Kao are using AI to develop personalised beauty products. Kao works with Preferred Networks, a Tokyo company, to collect data on the changing molecular characteristics of skin, and plans to use this data to help customers choose products to prevent skin damage.

In China, the region’s AI superpower, the technology has not only been deployed in facial recognition systems that underpin its surveillance state but also in public health and insurance.

Ping An Technology, a subsidiary of Ping An Insurance, began a collaboration in 2017 with the Chinese Centre for Disease Control and Prevention in the cities of Chongqing and Shenzhen. The authorities made available 20m health records to help Ping An use AI to predict outbreaks of influenza and other existing diseases based on the data held.

Such broad applications look set to disrupt industries widely, prompting the McKinsey Global Institute, the research arm of the consultancy, to predict in 2017 that technology could automate half the work activities in Indonesia, Malaysia, Thailand and Philippines. Such jobs generate more than $900bn in annual wages, MGI estimated.

In spite of the predicted disruption, governments in the region have swung behind efforts to develop their AI industries, judging that they must maintain competitiveness to avoid a shock to their economies from others in the region.

Again, China’s ambitions far eclipse other Asian countries. Its Next Generation Artificial Intelligence Development Plan, published in 2017, outlined a strategy to become world leader in artificial intelligence, with a domestic AI industry worth almost $150bn by 2030.

Authorities across the country have provided funding, data and administrative support to promising AI companies. The result is that China has made headway towards its 2030 goal. Among more than a dozen Chinese AI unicorns — start-ups valued at more than $1bn — several are leaders in certain technologies (see panel below).

In future, however, the main area of AI competition between the US and China is likely to be the semiconductor industry. AI chips generally require a high degree of customisation as tasks become increasingly specific. US chip companies along with those in Taiwan and South Korea are far more advanced in this than their Chinese counterparts.

“Not only do Chinese producers lack vital knowhow in the manufacture of higher-end chips, rising barriers between the American and Chinese semiconductor industries mean that geopolitics could have an enduring impact on China’s future development of AI chips,” according to a report by MacroPolo, a think-tank within the Chicago-based Paulson Institute.

Ultimately, whether China is at the forefront of AI by 2030 may depend on the US-China relationship and the extent to which Washington stiffens trade sanctions over AI chips.

A number of Chinese AI unicorns are leaders in their sector.

iFlytek, a listed company with a market value of $10bn before the pandemic, is a frontrunner in voice recognition, having developed a product that can instantly interpret 60 languages.

When China was wrestling with the Covid-19 outbreak, SenseTime, valued at $7.5bn, offered facial recognition to identify people in public areas — even if they wore a face mask — and alert them if they had a high temperature. The company names some leading US tech groups as customers.

Yitu, another facial recognition company, won fame in 2015 when police in Suzhou used its tech to catch a burglar within 10 minutes by identifying the getaway car from hundreds in a surveillance video.

But the association between AI and China’s repressive social control systems has stoked criticism in the US, which has put several Chinese AI companies on a blacklist — the so-called entity list — to prevent them buying US components without permission. Such sanctions appear not to hurt too much: iFlytek said recently that its “expense in dealing with the US entity list” was $13m last year. 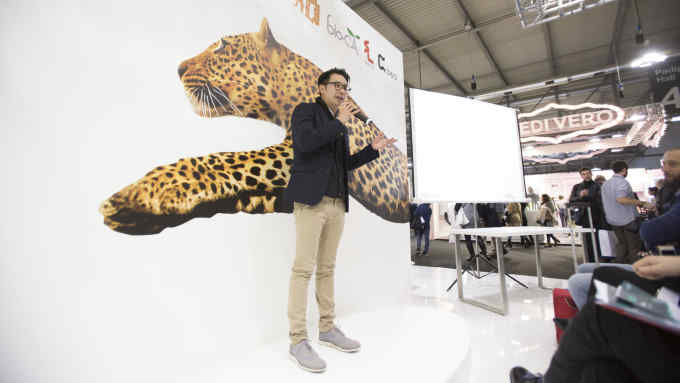