Governments around the world spend trillions of dollars of taxpayers’ money each year on social and environmental programmes and philanthropists contribute billions more. But for Ronald Cohen there is still a vast opportunity for the private sector to do more to make the world a better place.

Companies and investors, he argues, need to minimise the negative effects of their activities — for example, in driving climate change and stoking the “curtain of fire” of growing inequality. They must instead focus their resources to deliver positive “impact” alongside profits. In a clearly-written book that is more manifesto than analysis, Cohen makes a powerful case for a movement that is gaining traction in society.

His views deserve to be heard. Cohen is no radical anti-business firebrand, nor someone simply shouting from the sidelines. A refugee whose family fled Egypt in the 1950s, he has long been personally committed to philanthropy. He co-founded Apax Partners, a pioneering venture capital group, before turning to social impact two decades ago, helping create three socially-focused companies — Bridges Fund Management, Social Finance and Big Society Capital.

As he recounts in his book, he oversaw the launch of social impact bonds, which harness private capital for social purposes with payouts linked to successful results, such as reducing reoffending by released prisoners. He has also been involved in UK and multilateral task forces including a commission that channelled unclaimed bank assets for social purposes.

Impact provides a good, if sometimes breathless, introduction to businesses with impact. He cites examples of purpose-driven companies ranging from Zipline, which delivers life-saving medical supplies to remote parts of Rwanda, to Revolution Foods, which provides healthy school meals in the US, and Swedish giant Ikea, which has developed a business leasing and recycling furniture.

He explores approvingly the role of mainstream investors in embracing “environmental, social and governance” criteria, praising pension funds for shifting assets in a socially responsible direction. He gently chides charities for failing to provide sufficiently measurable results and philanthropic foundations for often failing to invest in a way that reflects their social values. Many are — in the words of one interviewee — more like hedge funds “with a small giving programme welded on the side”.

One significant problem Cohen could have done more to call out is “impact washing”. Far too many companies, investors and indeed philanthropists (including some he cites approvingly) claim to be doing good but take advantage of inconsistent standards to accentuate superficial positives while downplaying structural negatives. That is partly a problem of definition. For example, Danone and Nestlé have burnished their sustainability image, but how much unnecessary energy and plastic is used to market bottled water in the name of “healthy hydration” in countries where tap water is usually cheap and safe?

Cohen does not sufficiently probe the “win-win” idea that enlightened producers and consumers can have it all: that there need be no trade-off between profits and social benefits. While carbon offsets or recyclable packaging might be better for the world than unfettered global warming and excess waste, it is not clear that sufficient progress can be made without individual economic sacrifice and reduced overall consumption.

FT SeriesThe Company of the Future: Profit and Purpose
The limits of the pursuit of profit 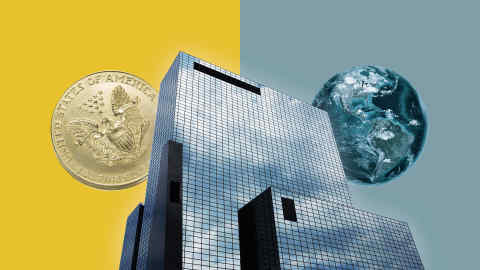 Cohen might also have given more attention to the role of government. Without tough, consistent regulation, many positive ideas will never become mainstream; and without the state taking on some social innovations developed through successful private initiative, they will struggle to achieve scale.

Finally, Cohen could usefully have given more space to his own experiences, sharing useful lessons with others. Social impact bonds seem appealing, for example, but they have not always succeeded — in part because of high transaction costs and concerns about people gaming the results.

This is not to dismiss his commitment or vision. He remains an innovator, including through now championing “impact weighted accounts”, an initiative overseen by George Serafeim at Harvard University to assess the full social and environmental impact of companies. Cohen cites calculations that he says show, for example, that Coca-Cola’s estimated “environmental cost” in 2018 was $3.7bn, twice as high as rival PepsiCo’s, even though PepsiCo sales were about double Coca-Cola’s $31.8bn.

Cohen wants to see hard numbers like these integrated into investors’ calculations, just as financial risk analysis transformed portfolio management in the last century. The world must hope that he wins the argument.