Bitcoin: too good to miss or a bubble ready to burst?

If retail investors buy, they need to accept that cryptocurrencies come with big risks

The problem with investing in bitcoin is that it instinctively feels too good to be true.

The largest cryptocurrency by volume is worth 600 per cent more today than a year ago, soaring from about $7,000 per bitcoin to $54,000 this week, along the way becoming one of the best performing financial assets of 2020. Despite including some extreme price swings, the year-long rally has so far defied fears of a repeat of bitcoin’s spectacular price crash of 2018.

Eye-popping returns are making it difficult for even hardened cryptocurrency sceptics not to consider putting money into bitcoin and many long-term doubters are crumbling. Jamie Dimon, chief of US banking giant JPMorgan, is just one prominent crypto bear who turned bullish in recent years. Recently emerged cheerleaders include Tesla chief Elon Musk and a number of billionaire hedge fund managers who are convinced that as the digital equivalent of gold, bitcoin’s exchange rate against conventional currencies has even further to soar.

So is bitcoin just a big Ponzi scheme or a genuine investment opportunity? Should retail investors give in to the temptation to pile in? FT Money has spoken to finance professionals inside and outside the cryptomarket and found that opinion remains sharply divided. The recent stellar performance has turned some bears into bulls. But hardcore naysayers warn that a bubble that has grown bigger is still a bubble.

Even ardent crypto fans are reluctant to wager their life savings on an asset associated with hair-raising levels of volatility. Even among these enthusiasts, many limit their investments to 1-2 per cent of their portfolio.

Regardless of whether cryptocurrencies turn out to be the digital equivalent of gold in the long run, today they are providing fraudsters with a rich hunting ground.

Is it really different this time?

Since the start of January, bitcoin’s value has risen by 85 per cent and in mid-April it hit the latest in a series of record highs at $65,000. Companies that operate in the digital currency sector are attracting a flood of money. In a recent (conventional) stock market flotation, investors valued Coinbase, the cryptocurrency exchange launched less than 10 years ago, at $72bn, putting it equal with BNP Paribas, a French bank with roots stretching back to 1848.

Young people are in the vanguard of investing. In the UK, millennial and Gen Z investors are more likely to buy cryptocurrencies than equities and more than half (51 per cent) of those surveyed had traded digital currencies, research from broker Charles Schwab shows.

After a year of spiralling prices, bears warn of the growing risk of a 2018-style collapse. Bitcoin bulls argue that the current rally is different from the 2018 bubble burst, when the price collapsed from above $16,000 to just $3,000. Today, they say, it is driven by demand from professional trading firms and institutional investors whose presence brings stability.

Not everyone agrees. “It’s not different this time. There are no new eras, despite what the promoters tell you,” says David Rosenberg, a Canadian economist and president of Rosenberg Research. “Asset price bubbles come, bubbles go, but none of them correct by going sideways.”

In contrast with younger investors, those aged 55 or over remain resolutely on the margins with just 8 per cent of survey respondents in this age group trading digital currencies, the Charles Schwab study found.

They may be right to do so. Investors globally have lost more than $16bn since 2012 in cryptocurrency-related scams and fraud, according to disclosure platform Xangle. The Financial Conduct Authority, the UK’s financial watchdog, warned this year that investors can lose 100 per cent of their money when punting on cryptocurrencies. It has not sought to block cryptocurrency dealings but has forbidden the sale of derivatives on crypto assets to UK retail customers.

As crypto markets are unregulated, investors have no one to turn to for help if they fall victim to fraud. Exchanges can turn out to be bogus and their founders disappear. A new coin might turn out to be a tissue of lies.

“There are a lot of scams and criminal operations that target individuals and it’s very important to recognise that in an unregulated market there is no recourse,” says Ian Taylor, the chief executive of lobby group CryptoUK.

Another concern for investors is the environmental footprint of cryptocurrencies. The carbon emissions associated with bitcoin equal that of Greece, according to research by Bank of America, because the coins are created or “mined”, in vast computing centres, which burn electricity and generate heat.

What are the ground rules?

Crypto specialists say the most important rule for investors is to be prepared to lose all their money.

On April 13, bitcoin began a sharp decline, its exchange rate shedding 23 per cent in less than two weeks. Marcus Swanepoel, chief executive of Luno, a retail-focused cryptocurrency exchange with 5m-plus customers, says that in some cases they were overstretching themselves. Luno surveyed its clients last year and found that 55 per cent had no other investments.

“Never spend more money than you can afford to lose,” he says. “It’s very risky, there is no doubt about it.”

Extreme swings in the exchange rate mean cryptocurrency exposure should be kept at a low proportion of a portfolio, say most mainstream investment analysts.

“I understand if you want to buy it because you believe the price will go up but make sure it’s a very small portion of your portfolio, maybe 1 or 2 per cent,” says Thanos Papasavvas, founder of research group ABP Invest, who has a 20-year background in asset management.

Borrowing money to pump up trades with leverage amplifies gains but inflates losses. As there are no official rules, trading platforms allow investors to wager multiples of the money they deposit, inflating the amount at stake by as much as a 100 times.

“Leverage on a crazy asset class is a recipe for disaster,” says Abhishek Sachdev, a derivatives expert and head of Vedanta Hedging.

Choosing the right coin is also important. There are hundreds of cryptocurrencies; most are worthless and some are plain scams. Bitcoin is the oldest, most liquid, coin and it is the one that enjoys support due to institutions investing due to its limited supply.

According to its original computer-based design, only 21m bitcoins will ever exist and 99 per cent of these coins will be mined by 2030. Other cryptocurrencies are not limited in this way and the hundreds of available digital coins all have different characteristics.

It is also the most expensive per unit but since it can be bought in small increments, there is no requirement to splash out $50,000 or so for a full coin.

Ethereum is the second most traded cryptocurrency and has benefited from the tailwind of bitcoin’s rally. The technology behind ethereum is also used in a nascent market dubbed decentralised finance, making the coin a relatively safe choice. dogecoin and the likes occupy the riskiest and most illiquid end of the spectrum.

How do I buy cryptocurrencies and what are the risks?

In the UK the easiest way to access cryptocurrencies is to buy a portion of bitcoin on an established exchange such as Coinbase. Given that exchanges have suffered outages, been hacked or collapsed, this is the safest approach, though it is more expensive than other exchanges.

Coinbase typically charges a spread of about 0.50 per cent plus a fee depending on the size of purchase and payment method.

Fintech companies such as Revolut also offer a way in for bitcoin buyers, but there is no way to transfer bitcoins from the app elsewhere or into other types of coin. Since they may only sell it back within Revolut, investors only nominally own bitcoin via the app.

In the US, investors are able to buy shares in diversified cryptocurrency funds such as Grayscale, which can then be bought and sold like other mutual holdings. Institutional investors can also buy into exchange traded products but these are inaccessible for retail investors in the UK. It is possible to buy into products that offer exposure to companies active around blockchain — the public, digital ledger than underlies bitcoin — such as Invesco Elwood Global Blockchain UCITS ETF. These are a bet on technology, however, rather than the cryptocurrency.

Selling cryptocurrencies also has tax implications. Digital assets count as property for accounting purposes and profits may be subject to capital gains tax.

Scammers are a growing problem. Some ask investors to send their private keys to their crypto holdings, promising to return with a profit. But once done, there is no way to undo a transfer.

Lihan Lee, co-founder of Xangle, advises potential investors to check the past records of any crypto investment schemes, while CryptoUK’s Taylor warns of posting about cryptocurrency investment on social media or cold callers promising guaranteed returns.

“If a stranger walks up to you on the street and says they’ll give you £150 if they can borrow £100, you probably wouldn’t give them the money,” he says. “It’s the same with crypto.”

Why are institutions getting involved?

“If it’s on the side of a bus it’s time to buy,” screams an advertisement from Luno in London.

Many seasoned investors say the ad should say the opposite. If everyone is talking about the same thing, it’s a sure-fire sign that prices have reached unsustainable heights and are about to collapse — as they did in 2018.

But in the past 12 months companies and institutional investors have cautiously dipped their toes into digital assets. Since central banks around the world responded to the coronavirus pandemic with easy money policies, large asset managers and hedge funds have been looking for ways to protect themselves from a return of inflation and the erosion in value of of some currencies, including the dollar.

“We’ve seen a step change in institutional interest last year,” says James Butterfill, an investment analyst at digital asset specialist Coinshares. He notes that around $54bn of money is invested across 120 cryptocurrency funds. A year ago, the total figure was $3.5bn across 89 funds.

Central banks are even exploring the idea of issuing digital alternatives for domestic currencies. To some analysts, central bank digital currencies lend legitimacy to the crypto space, while others believe it is an attempt by central banks to wrest back control of the market.

“Central banks have always thought that they were key for payments,” says Randy Kroszner, professor of economics at the University of Chicago Booth School of Business. “And now they’ve realised they’re not.”

But that does not mean that the risks of cryptocurrencies are likely to dissipate any time soon. As the unregulated market bounces through its latest price gyrations, it is a long way off from either stability or security. 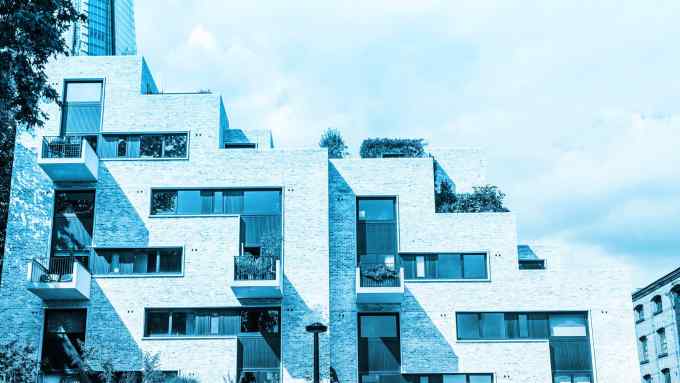