President Macron, African art and the question of restitution

The French President last year pledged to repatriate African pieces in his country’s public museums. What repercussions could this policy have?

The issue of restitution, which increasingly dogs western museums, has become an even hotter topic since President Emmanuel Macron of France pledged to repatriate African artefacts. His declaration in Burkina Faso last November that “African heritage can’t just be in European private collections and museums” reignited the debate around colonial artefacts.

Macron has since asked two independent experts, the French art historian Bénédicte Savoy and the Senegalese economist Felwine Sarr, to draw up a set of recommendations for repatriation; their report is due in November. But a question mark hangs over how the policy will be implemented.

The French culture ministry is typically hostile to any changes on matters of restitution. “In 2010, the French parliament voted to set up a scientific commission to study proposals for repatriation, but the ministry failed to act,” the journalist Vincent Noce reported earlier this year, explaining that curators at French museums fiercely defend the principle of inalienability.

Yves-Bernard Debie, a Brussels-based lawyer specialising in cultural property and trade, believes that Macron’s proposal — considered by some as a masterstroke of cultural diplomacy — is ill-founded. “By anchoring the question of sharing world cultural property in the context of ‘restitution’, President Macron has sparked a fire that he will have a great deal of trouble extinguishing,” he says.

“To restitute means to return something to its legitimate owner. As a result of this reasoning, France would be regarded as unlawfully keeping museum collections and works acquired during colonisation,” Debie continues, adding that this could lead to a flood of claims from former colonies. “No one can predict what will now happen to French museum collections.”

Macron nevertheless has some unlikely allies. Stéphane Martin, president of the ethnographic Musée du quai Branly—Jacques Chirac in Paris, has historically been hostile to the idea of restitution — but has sided cautiously with Macron. He told The Art Newspaper in January: “If together, and possibly with international co-operation with other western partners, we can build one, two or three safe museums in Africa, I would not even consider transfers of ownership as taboo.”

The Quai Branly-Jacques Chirac museum has a collection of more than 70,000 artefacts from sub-Saharan Africa. Some of the works are caught up in restitution claims. In July 2016, the Benin government called for the return of Guezo, Glele and Behanzin treasures in the collection; the disputed items were seized by the French army in 1892 from the royal palaces of Abomey located in the present-day Republic of Benin in west Africa. The claim was rejected in late 2016; the culture ministry declined to comment on the case.

Recent developments also have implications for the art trade, says Mathias Ary Jan, president of the Syndicat National des Antiquaires (the association of antique dealers in France), which oversees Paris Biennale. “Among collectors and dealers at La Biennale Paris there are very important museum donors, so the SNA is watching the [government’s position] regarding restitution,” Ary Jan says. Tribal art dealers are, for the time being, keeping schtum on the subject of cultural repatriation.

This situation, caused by history and politicians . . . needs a steady approach, not a knee-jerk reaction

Nicholas Thomas, director of the Museum of Archaeology and Anthropology at the University of Cambridge, has described the French president’s comments as “enormously encouraging”. In his current role as co-curator of the forthcoming Oceania show at London’s Royal Academy, Thomas has been verifying the provenance of almost 200 historic works from the south Pacific. All the exhibition’s historic loans are from public collections. “We have avoided including works known to have been illegitimately appropriated, with one exception: a Solomon Islands feast trough,” he says.

Thomas is also a leading voice in the Benin Dialogue Group, which comprises representatives from numerous European museums, the Royal Court of Benin and the Nigerian government. They are working towards the return of some Benin objects to Nigeria on long-term loan.

The Kingdom of Benin was a pre-colonial state in what is now southern Nigeria. In 1897, British forces raided the kingdom’s royal palace in an attempt to overthrow the Oba. Around 4,000 bronze and ivory artefacts were looted by the British army; since the 1960s, the Court of Benin and the Nigerian government have repeatedly called for their repatriation.

The Benin Dialogue Group met last year in Cambridge to formulate a plan for “the establishment of a permanent display in Benin City” in Nigeria, and is due to reconvene at Leiden’s Museum Volkenkunde in October. Their plans have been boosted by proposals put forward by the Nigerian government centred on a new museum for Benin art located in Benin City. “Plans are still ongoing to set up the museum in the royal palace of Benin . . . This would be the safest place in Edo state as it is culturally sacred,” says a Nigerian government spokesman.

The British Museum holds some 700 objects from Benin. Berlin State Museums also has an extensive collection of Benin treasures, part of which is due to go on display in the new Humboldt Forum culture complex, which opens next year in the German capital. Both institutions form part of the Benin Dialogue Group; the crucial question is whether they will lend their Benin works to the planned museum in Benin City.

At the British Museum, the wheels are turning. A governmental delegation from Nigeria attended a meeting in March with members of the museum’s Africa section and representatives of other European museums that have Benin collections. “At that meeting, a declaration was proposed that outlined an intention to work towards a permanent, but rotating, exhibition [in Nigeria] of loaned objects from the Kingdom of Benin,” a museum spokeswoman says.

In Germany the debate around repatriating non-European artefacts is heating up. The German Lost Art Foundation says it will provide funding in 2019 for research projects investigating the provenance of objects from “colonial contexts in German public institutions”. In May, the German culture minister Monika Grütters presented a code of conduct for museums handling such artefacts. Stiftung Preußischer Kulturbesitz (the Prussian Cultural Heritage Foundation), which oversees Berlin State Museums, says it supports displaying Benin objects in Benin City.

Back at Paris Biennale, the participating tribal art dealer Anthony Meyer, strikes a note of caution. “We have inherited a situation caused by history and politicians. It is a subject which needs a steady approach, and not a knee-jerk reaction to President Macron’s statement,” he says.

Meyer argues that the African works of art in Western museums have been preserved for posterity, for all cultures to study and enjoy. “There is a definite need for the original cultures to reconnect with their history and art and we can and should help — but not under duress.” 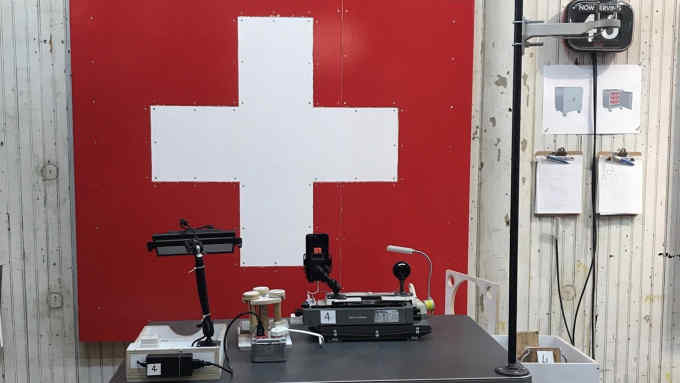