Oil company faces questions about its handling of shareholder revolt, and how it responds

If BP chief executive Bob Dudley had not previously realised how strongly shareholders felt about his 20 per cent pay rise for 2015, Adam Matthews was on hand to help.

Mr Matthews, a representative of the Church of England pensions board, took the floor at BP’s annual shareholder meeting in London on Thursday to criticise how Mr Dudley’s pay increase was granted in spite of the oil company reporting its worst ever loss last year.

“Given the context of the headline performance of BP, the question I ask is whether this level is morally right — and how much one person needs to be paid,” said Mr Matthews.

It was a question which Dame Ann Dowling, the head of BP’s remuneration committee, struggled to answer. “We aim to have a process on remuneration that attracts talented people at all levels of the company,” she said.

Following the largest shareholder revolt at BP in living memory, in which 59 per cent of the votes cast before the annual meeting were against the company’s report on directors’ pay, Dame Ann and her colleagues on the remuneration committee face several questions.

The first question is the most complex to answer.

This was largely because of a $6.5m increase in the value of his pension savings — a figure company insiders said appeared unfairly high because of the accounting rules that govern how retirement benefits are calculated.

But putting that to one side, Mr Dudley’s annual bonus increased by 40 per cent to $1.4m for 2015, even as the company lost a record $5.2bn on a cost replacement basis — an earnings measure closely watched by analysts.

The bonus was awarded to Mr Dudley because the company exceeded every one of the targets relating to the cash payment.

Operating cash flow came to $19.1bn last year, compared with a target of $17.2bn. Four major projects were delivered — exactly in line with the target. There were 208 oil and gas leaks, better than the 215 the company had predicted as the best possible outcome.

BP blamed its overall loss on things Mr Dudley could not control — namely the plunge in oil prices and a one-off charge to settle legal claims relating to the 2010 Gulf of Mexico disaster.

But analysts have noted how the company’s core performance was disappointing last year, especially the 91 per cent slide in underlying profit in the fourth quarter.

Earnings at ExxonMobil, the world’s largest listed oil group, halved to $16.2bn last year, and Rex Tillerson, saw his pay fall by 18 per cent to $27.3m. 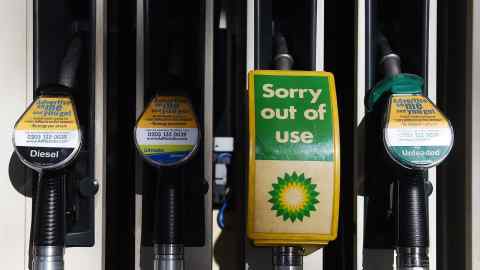 Royal Dutch Shell, BP’s closest rival, reported an 80 per cent drop in profit to $3.8bn for last year. The pay of Ben van Beurden, Shell’s chief executive, fell from €24.2m in 2014 to €5.6m last year — although the vast majority of this decline was because of pension adjustments.

With some of BP’s biggest shareholders and investor advisory firms warning before the annual meeting that there would be significant opposition to Mr Dudley’s pay rise, critics said the embarrassing vote could have been avoided.

Days before the meeting, BP insiders said they expected a sizeable shareholder rebellion, but not a defeat.

BP is not the only company fumbling over pay. Volkswagen, the German carmaker reeling from an emissions scandal that involved cheating on a significant scale, announced on Wednesday it was cutting executives’ bonuses to calm disquiet among shareholders and trade unions. 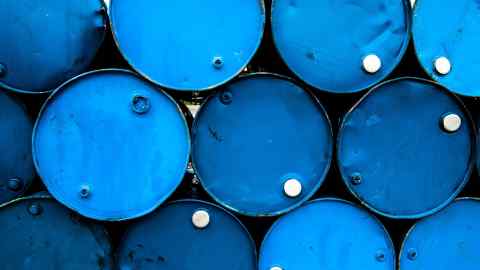 In the US, shareholders are pressing banks including JPMorgan Chase and Citigroup to toughen bonus “clawback” regimes that put executives on the hook for future losses. Citi’s latest proposal has been attacked by investor advisory firms.

BP insisted that Thursday’s vote, which was not binding, would have no immediate affect. Mr Dudley and fellow directors have been paid their remuneration for 2015, and the question of them returning bonus or salary “has not been raised”.

In line with UK regulations, BP plans to give investors a say on future executive pay policies, and will put a proposal to next year’s annual shareholder meeting. The vote will be binding.

Simon Walker, director-general of the UK Institute of Directors, said: “The shareholders have spoken, and BP cannot shrug off this significant expression of disapproval with the CEO’s pay package . . . if the will of shareholders in cases like this is ignored, it will only be a matter of time before the [UK] government introduces tougher regulations on executive pay.”