US funding for ophthalmology companies was $1.9bn in the decade from 2006 to 2015, trade body Biotechnology Innovation Organisation reports. That was 5 per cent of total US venture investment in biotech.

The figures do not paint a full picture, however, because companies developing technologies for a number of disease areas have ophthalmology products in their portfolios. Apellis, a US company specialising in complement inhibition, a form of immunotherapy, raised $47m in February. Among the uses the funds will be put to is developing a treatment for dry age-related macular degeneration, a precursor to wet AMD, a leading cause of vision loss among elderly people.

Venture capital investors cite several attractions of ophthalmology. Not least, eye disease is as much a part of growing old as memory loss and osteoarthritis. Biotech has developed very commercially successful treatments, notably antibody drugs for controlling wet AMD, which have also been approved to treat diabetes-related eye conditions.

Biotechs with the ambition to do so have a reasonable chance of commercialising their products, argues Omar Amirana, senior vice-president at Allied Minds in Boston, Massachusetts, and chief executive of SciFluor, which is developing a treatment for AMD. “Small companies with good products will get support to get to market,” he says. 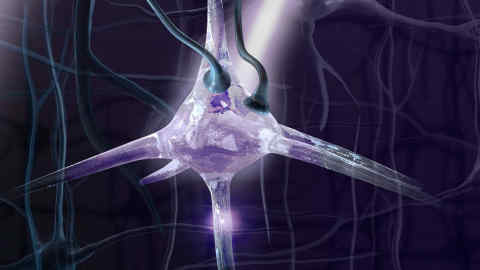 In gene therapy, companies are working to correct inherited eye disorders by administering a correct copy of a faulty gene, thus promoting the production of a beneficial protein. The cells in the retina are long-lasting and relatively few in number, making the eye a good proving ground for gene therapy.

ViewPoint Therapeutics, headquartered in San Francisco, aims to provide an alternative to surgery for treating cataracts, the leading cause of vision loss and blindness. Cataracts form as crystallins, the main structural proteins in the lens of the eye, become unstable and aggregate, causing the lens to lose its transparency. ViewPoint is developing eye drops that stabilise crystallin, preventing aggregation.

Conversely, in glaucoma the market is shifting from drugs to devices, as eye drops are replaced with surgically implanted micro stents to drain away the fluid that is the root cause of the disease. One of the pioneers is Glaukos in California, whose iStent is designed to be inserted during cataract surgery in glaucoma sufferers.

Glaucoma, the second leading cause of vision impairment, is a progressive condition in which a build-up of fluid increases pressure in the eye, damaging the optic nerve. The intention is that a single procedure could replace decades of daily use of eye drops. 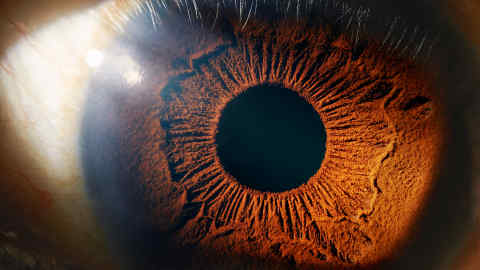 Other companies are developing extended release versions of existing glaucoma drugs. ENV515, produced by North Carolina-based Envisia Therapeutics, is a nanoparticle slow release version of travoprost, the active ingredient in glaucoma eye drops. The aim is to control pressure within the eye for six months at a time with a single injection.

“In other conditions, there is an emerging interplay of therapeutics and devices,” says Genghis Lloyd-Harris, partner at London venture capital firm Abingworth. He points to Avedro, based in Waltham, Massachusetts, which has developed a combination treatment for keratoconus, a progressive thinning of the cornea that causes blurred vision.

The treatment involves administering eye drops which, activated by exposing the eye to ultraviolet light, promote cross-linking of collagen molecules.

The process restores the cornea’s structural integrity and strength. Avedro’s combination of drug and device provides very fine control over collagen cross-linking. It is developing the technique as a non-invasive alternative to laser surgery in treating myopia, or short sightedness.