What would a UK housing crash look like today?

Four previous housing downturns have ominously familiar elements to today’s situation — so what can we learn from the past?
Neal Hudson 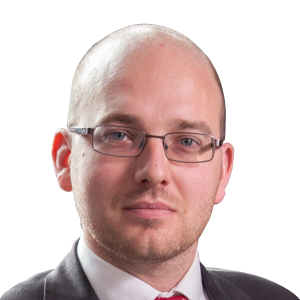 At the end of August I thought the housing market was looking scary; in recent weeks, it has looked terrifying.

A downturn isn’t guaranteed by any means and there is some hope — following the new chancellor of the exchequer Jeremy Hunt’s decision to reverse most of his predecessor’s turmoil-inducing “mini” Budget — that mortgage rates will start to come down. But, looking at previous housing crashes, it has to be said: a lot of the elements are in place.

There have been four significant housing market downturns in the UK in the past 50 years. Each one has been unique and left a mark on those who experienced them — from collapsing transactions to bailouts to repossessions. But there have been some consistent themes: changes in interest rates, rising energy costs and policy mistakes. And it is all starting to sound ominously familiar.

What lessons can we learn from the downturns of the past? Throughout the 1970s, changes in mortgage rates helped drive bubbles and busts in housing, while rising energy costs squeezed household incomes and contributed to recessions. The two downturns in this period (1973-77 and 1979-82) were unusual in that nominal house prices didn’t actually fall. However, high inflation led to large falls in real house prices — and there were certainly real-world consequences. Mortgage repayments soared and transactions slumped.

But if some homeowners managed to ride out the period of high inflation (the Retail Price Index [RPI] reported a record annual rise of 26.9 per cent in August 1975), the rapid depreciation in their mortgage value relative to rising incomes helped create the “housing ladder”, as it meant they could take out bigger loans and trade up very easily.

The early 1990s downturn was, again, caused by interest rates — they were cut following the stock market crash of 1987, then rapidly increased as inflation rose towards the end of the decade. And, as today, there were policy mistakes. In 1988, chancellor Nigel Lawson announced couples could no longer pool tax relief on their mortgage interest, but didn’t wind up the scheme for another six months. The delay allowed a rush of buyers to try to beat the deadline, causing house prices to spike — just before they plunged.

In the 1980s, the mortgage market was much riskier than today. Borrowing at very high loan-to-value (LTV) ratios was common and endowment mortgages (which were interest only) were popular. When interest rates increased, the bubble burst and the downturn was severe. Nominal house prices fell by 20 per cent with real prices hitting a low in 1995 — 37 per cent below their previous peak. Negative equity hit recent buyers, while repossessions spiked and developers rushed to exit the market, many of whom never returned.

The downturn lasted so long because of the limited government support. While interest rates were quickly lowered, and there was help in late 1991 to reduce the number of repossessions, it wasn’t until November 1992 that a “housing market package” was produced — which mostly focused on funding housing associations to buy homes from forced sales.

When the next downturn hit some 15 years later, policymakers were quicker to respond. Following the financial crisis of 2008, the Bank of England made big cuts to interest rates, from 5 per cent to 0.5 per cent, immediately easing the pressure on household finances for those on variable rates — and arguably delaying the pain until, well, right now. Repossessions still increased but lenders were more careful to avoid flooding the market.

This is not a housing bubble bursting per se, it’s an interest rate bubble that’s taking housing — and chunks of the economy — with it

So what about today? Unlike the two previous downturns, this is not a housing bubble bursting per se, it’s an interest rate bubble that’s taking housing — and large chunks of the economy — with it. That might sound strange given house prices have been at record highs relative to incomes.

But there have been none of the usual signs of strain seen in the late 1980s or mid-2000s: mortgage lending has been much more tightly regulated, finances have been stress tested and no one has been inventing their income with a self-certification mortgage — which, unbelievably, was allowed before 2009.

This all came at a cost: many people have been excluded from home ownership over the past decade by these rules. But the upshot is that recent buyers are probably the safest cohort of borrowers we’ve ever had.

Unfortunately, there is one metric that has risen sharply over the period: the loan-to-income ratio, from 2.8 in 2007 to 3.4 this year (it was 2.1 in 1994). The higher this ratio is, the more dependent borrowers are on low mortgage rates and the more exposed they are to any rises. This means even relatively small increases in interest rates can be as unaffordable — or more — than big jumps were 30 years ago.

Much depends on how high rates stay and for how long. But at current rates, affordability calculations suggest house prices could easily fall by about 20 per cent, a similar rate as the previous two crashes — but drops could be larger in areas more dependent on higher loan-to-value mortgages.

While taking the average property price back to about February 2020 might not sound a great deal, very few would be immune from its effects. Even those owning their home outright would watch their — albeit mostly notional — personal wealth drop. Those with equity release products or treating their “home as a pension” would be more directly affected, as would new first-time buyers who have stretched themselves to buy.

Some groups will need more government support than others. The plight of those in shared-ownership properties — who pay both a mortgage and rent — is particularly worrying, with rising mortgage rates and rents linked to inflation (the RPI hit 12.3 per cent in August); as it is for those who have recently signed up to the government’s Help-to-Buy equity loan scheme. Renters have already had to deal with spiralling prices in the past 18 months, and now face further increases. The need for household support could be enormous.

The challenge with all this support — beyond the state of public finances — is getting the right outcome. Those in the most need will need help immediately, but there could be an opportunity here.

Higher interest rates could help lower house prices relative to incomes — though they are unlikely to return to the levels of most of the 20th century (three times income) and, of course, increasing incomes is a better way to lower that ratio than crashing prices. But if house prices do fall, rather than just letting them reinflate, why not readjust the housing market so that it works for more people? Such as by helping first-time buyers to benefit from the lower values, rather than letting landlord investors or wealthy buyers cash in on lower prices — which is what happened after the last crash.