California rolled back most of its economic reopening measures as the coronavirus outbreak in the US sunbelt showed little signs of abating, prompting a key monetary policymaker to call for more “discipline” in following official health guidance.

Gavin Newsom, the California governor, on Monday ordered the statewide shutdown of bars, cinemas and dine-in restaurants in one of the most sweeping reimposition of lockdown measures since infections began to spike in the US south and west last month.

Mr Newsom also forced the closure of gyms, barbers and places of worship in 30 of the hardest-hit counties, covering about 80 per cent of the state’s population, citing the sharp rise in Covid-19 cases and hospitalisations.

“We were able to suppress the spread of this virus, we were able to knock down the growth of this in the beginning,” Mr Newsom said. “We’re going to do that again.”

The reversal of lockdown easing plans in the US’s most populous state follows less extensive U-turns in Texas and Arizona, and the reimposition of restrictions by local authorities in south Florida — risking the rebound in some of the country’s most vibrant economic centres.

Mr Newsom’s decision, which he likened to turning down the state economy’s “dimmer switch”, helped trigger a fall in stocks across Asia following a late-day sell-off on Wall Street. The S&P 500 closed down nearly 1 per cent after trading more than 1 per cent higher most of the day. 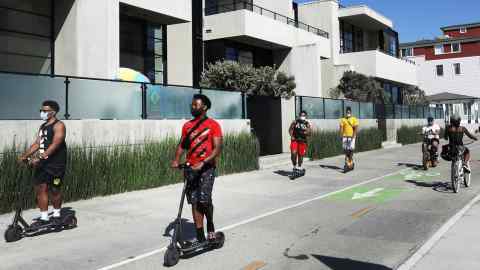 Robert Kaplan, president of the Federal Reserve’s regional bank in Texas, another state hard-hit by the new outbreak, said Americans’ willingness to follow strict health guidelines was more important to the country’s economic fate than fiscal or monetary policy.

“[T]here’s no question, based on conversations I’ve had extensively with epidemiologists and infectious disease experts throughout the US, that if all of us wore a mask, we would likely substantially mute the transmission of this disease,” Mr Kaplan said in a webcast to the National Press Club. “We would have higher GDP from here, and we would have a lower unemployment rate.”

In addition to the statewide bans in California, school districts in Los Angeles and San Diego announced they would not reopen their buildings for students in the autumn.

Mr Newsom said 8,358 people in the state tested positive for coronavirus over the past 24 hours, which brings California’s seven-day average to 8,211 new cases a day.

Florida on Monday posted one of the highest one-day increases since the outbreak began, with 12,624 infections over the previous 24 hours. That is second only to the 15,300 Florida reported on Sunday, the largest increase of any state since the start of the pandemic.

Nationwide, the number of new infections rose by 58,357, below Friday’s record high but still about 10,000 cases more than one-day increases of just a week ago. Figures on Mondays tend to be lower due to delays in weekend reporting.

Florida also reported that 8,088 people had been hospitalised with Covid-19, up from 6,974 on Friday when the state first began reporting the figures. Miami-Dade county accounted for 1,807 of those hospitalisations, with another 1,209 in neighbouring Broward county.

Mr Kaplan, a former Goldman Sachs banker, said that if Americans successfully tamed the virus — including through better testing and contact tracing — consumers would be more comfortable going out to restaurants, and engaging in other leisure activities, including travel.

Instead, the resurgence of the virus, including higher hospitalisation rates, was having a “chilling effect” on the economy. Mr Kaplan said that even though individual freedoms were important in the US, he compared following the guidance of US health officials to wearing seat belts and not texting while driving — essential safety precautions that saved lives.

The number of people hospitalised in Florida now exceeds that of California, which on Monday saw its tally edge up by 41 over the past 24 hours to 7,895. Hospitalisations in California rose for 21 days in a row to hit a record 7,904 on July 11.

The latest daily increase in Florida takes the state’s seven-day average of new cases to 10,855 a day, the first time any state has averaged more than 10,000. There were 35 additional deaths in the state attributed to the virus, the lowest daily toll since July 5.

Texas reported its first decline in hospitalisations in more than two weeks, with the number falling from 10,410 on Sunday to 10,405. Still, there are more coronavirus patients currently hospitalised in Texas than any other state in the US.

A further 5,655 people tested positive for Covid-19 in Texas, down from an increase of 8,196 on Sunday and from Saturday’s record of 10,351. This was the smallest one-day increase since July 6. A further 43 people in Texas died, down from 80 yesterday and recent levels around 100.

The toll on federal government finances was also highlighted by data from the Treasury department showing the monthly budget deficit soaring to a record $864bn in June, as government stimulus funds were pumped into the economy.

Video: Coronavirus: How strong is the US economic recovery? | Charts that Count

Explore the series
READ MORECoronavirus: free to read
Anthony Fauci: ‘We are living in the perfect storm’ 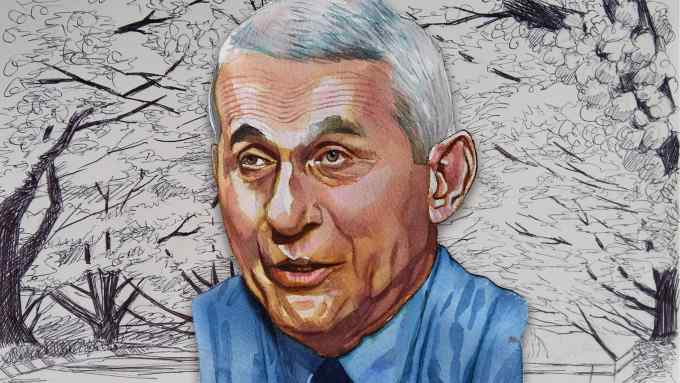