Snowflake, Unity and Asana the latest to accelerate plans to list

A trio of lossmaking Silicon Valley companies accelerated plans to list on the US stock market on Monday, following a surge in initial public offerings as shares climbed to new highs this year.

The three — Snowflake, a data warehousing group; Unity, a video game technology platform; and Asana, which offers productivity tools — all took the wraps off investor prospectuses they filed earlier in the year, setting the stage for a flurry of listings in September.

The rush to list follows a bumper run for tech stocks, which have powered the S&P 500 to a record high. The rally has been particularly strong for software companies whose technology forms the backbone of online services.

California-based Snowflake is expected to be one of the year’s biggest. Bankers on the deal have said to the company that it could reach a valuation of as much as $20bn when it lists, people briefed on the discussions told the Financial Times in June. However, its dash for growth, which prompted revenue to soar 132 per cent in the first half of this year to $242m, has left it nursing huge losses. With sales and marketing eating up 78 per cent of revenue, it reported an operating loss of $172m so far this year, a slight improvement from the year before.

Snowflake allows users to analyse data across multiple platforms, including those from Amazon, Microsoft and Google — the groups that dominate cloud computing. That has made it a hot technology at a time when many companies are looking to bridge cloud providers, rather than get locked into any one of them. It was valued at $12.4bn in its most recent fundraising earlier this year.

Unity is a rival to Epic Games, the privately held company behind the popular Fortnite game. It offers a platform for developers to build video games and has recently tried to sell its technology for other purposes. The company was founded in 2004 and was valued at $6.1bn in a funding round in May last year.

Unity increased revenues 42 per cent last year to $542m but had a net loss of $162m, according to its filing on Monday. It helps video game makers “monetise their content” by offering “advertising and in-app purchases”, the filing said.

Asana, which was started by Facebook co-founder Dustin Moskovitz in 2008, sells collaboration software to businesses. Its net loss more than doubled in its 2020 fiscal year to $118.6m on revenues of $142.6m, the company disclosed on Monday.

The San Francisco-based company has raised $214m since its founding, according to data from PitchBook, and was most recently valued at $1.5bn two years ago. Its supporters include Peter Thiel, the billionaire investor who has backed Facebook and Palantir, another Silicon Valley data business primed for a listing.

Asana will float on the New York Stock Exchange in a direct listing, which raises no money for the company but allows shareholders to sell stock on the open market. Direct listings have gained attention after Spotify, the music streaming service, completed one in 2018 followed a year later by Slack, the work messaging app. 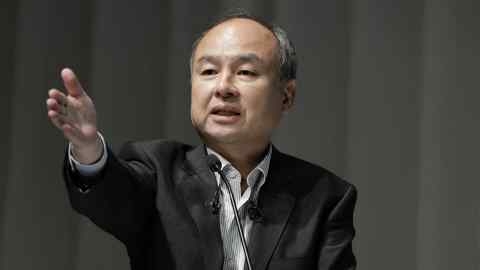 Both Asana and Snowflake are selling a class of shares to new investors with lesser voting rights, leaving insiders with control after their listings. Mr Moskovitz — once an ally of Facebook founder Mark Zuckerberg, who has locked in his personal control over that company for the long term — will have 39 per cent of the voting rights in Asana.

The year’s biggest IPOs so far include Royalty Pharma, Warner Music and ZoomInfo, a marketing software group that trades three-quarters above the price of its June flotation.