The logic behind China’s treatment of Liu Xiaobo

For the regime, it was safer to turn him into a martyr than allow his ideas to spread
Jamil Anderlini

His death last week was a farcical spectacle of cruelty. His liver cancer was not discovered or acknowledged by his captors until he had just weeks to live, his medical treatment was little more than a fig leaf and his dying wish to leave China was rejected.

The government arranged a hasty burial at sea so that his grave could never serve as a shrine to the country’s most famous dissident, and his brother was paraded before the media to thank the Communist party and the government for his mistreatment.

The rationale is this: people like Liu, with their non-violent idealism, calls for individual freedom and willingness to die for their beliefs, pose a potent threat to one-party rule

Given its roots as a revolutionary movement, the party understands very well the power of charismatic martyrs like Liu, which is why it takes him and his message so seriously.

Already pervasive levels of state censorship have reached new heights in the past week and the government has lashed out angrily at western media for their coverage of Liu and his untimely death.

Beijing’s public argument boils down to this: Liu was convicted in a Chinese court so he is a common criminal, awarding him a Nobel Prize was a “blasphemy” and none of this is the business of anyone outside China.

The real rationale, expressed by some officials in private, is this: China has managed to lift 800m people out of poverty over the past four decades with its mix of economic reforms and political repression, and people like Liu, with their non-violent idealism, calls for individual freedom and willingness to die for their beliefs, pose a potent threat to one-party rule.

The current Chinese leadership have all read Alexis de Tocqueville’s The Ancien Regime and the French Revolution and also closely studied the periods leading up to the 1917 Russian Revolution, the 1911 Chinese revolution and the fall of the Soviet Union.

Their conclusion is that authoritarian systems are at their most vulnerable when they attempt to liberalise. The Chinese Communist party must therefore avoid this at all costs.

Since gradual political reform is off the agenda, individuals like Liu must be ruthlessly suppressed lest their spark sets off the prairie fire that could threaten the stability and wellbeing of Chinese society as a whole.

The fact that Liu earned his stripes as a dissident during the 1989 Tiananmen Square demonstrations and subsequent massacre makes his case so much more significant.

China’s leadership argues, and many ordinary people believe, that the country’s economic success since then would not have been possible had the party not unleashed the People’s Liberation Army on unarmed demonstrators.

Just as in any society, government officials and Communist party cadres are not uniformly heartless. I know several who think the treatment of Liu was disgraceful. But most also think it was a necessary evil. They truly believe that the political chaos or even civil war that could result from a fresh popular push for democracy would result in untold misery for hundreds of millions. Compared with that, they ask, what is the suffering of one stubborn individual?

To understand the ruthless authoritarian logic behind Beijing’s treatment of Liu is not to excuse or condone it. But it is important for people outside China to understand it, especially as China becomes more prominent and active on the world stage.

This is how Liu himself put it in 2006: “Although the regime of the post-Mao era is still a dictatorship, it is no longer fanatical but rather a rational dictatorship that has become increasingly adept at calculating its interests.”

In calculating those interests, the regime has decided that it was safer to turn Liu into a martyr than to allow his ideas to spread unchallenged. This conclusion is probably correct in the short term.

Thanks to the party’s efforts, the vast majority of Chinese people have never heard of Liu and most of those who have heard of him think he was a hopeless troublemaker. His death will not spark a revolution.

But I wonder if the party’s calculation will prove correct over the longer term. By explicitly rejecting gradual top-down democratisation, it is increasing the likelihood of an eventual bottom-up rejection of authoritarian rule.

If and when that day comes, the demonstrators will no doubt carry banners featuring Liu’s smiling face and emblazoned with the words he wrote but was forbidden to read at his trial on Christmas Day in 2009: “There is no force that can put an end to the human quest for freedom, and China will in the end become a nation ruled by law, where human rights reign supreme.” 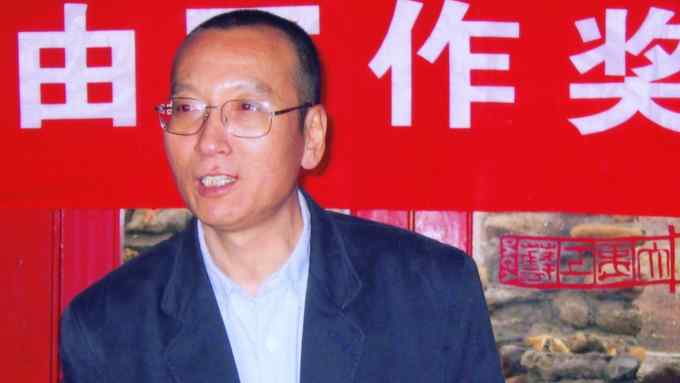 A geopolitical vision, the treatment of dissident Liu Xiaobo and surprising economic data that indicate policy failure all put Beijing in the spotlight this week. Here’s the best of our comment and analysis