Get the newsletter now
Coronavirus: free to read
See all 100 stories
Coronavirus pandemic

Guy Chazan in Berlin and Anna Gross in London

Public health officials are sounding the alarm over a resurgence of coronavirus cases in Europe as countries ease lockdowns and international travel ramps up with some experts warning citizens have become too complacent.

The increase is marked in countries such as Spain, while eastern Europe and the Balkans, which were largely spared the worst of the early pandemic, are seeing a steep increase in recorded cases.

Boris Johnson, Britain’s prime minister, warned of a looming “second wave” of Covid-19 across Europe on Tuesday, while the head of Germany’s public health authority said: “We’ve let our guard down”.

Some governments are already taking measures to slow the spread. The UK has imposed quarantine on people returning from Spain, while Germany and France have ordered mandatory testing for travellers from high-risk areas.

Berlin is making the move as Germany, which thought it had successfully beaten back Covid-19, is experiencing a troubling rise in infections. There have been close to 4,000 new cases recorded in the past week.

Lothar Wieler, head of the Robert Koch Institute (RKI), the country’s public health authority, said he was very concerned. “We don’t know if it’s the start of a second wave — but of course it could be.”

Officials said the gradual lifting of restrictions on public life across the continent over the past couple of months had lulled people into a false sense of security: many were no longer observing strict hygiene rules, wearing masks in public and maintaining social distancing.

The rising infection rates could be “quite strongly linked to the relaxation of lockdowns”, said Anders Tegnell, Sweden's state epidemiologist. But the speed of the uptick in parts of Europe has taken some experts by surprise.

“I thought we would see a lull during the summer,” said Arnold S. Monto, a physician and epidemiologist at the University of Michigan School of Public Health. “I thought it would behave more like the flu than it has and I didn’t think we would see these upsurges.”

Spain is one of the worst-affected countries. It recorded nearly 14,000 new cases in the week to July 26 with regional hotspots in Aragón, Catalonia and Navarra.

France, which reported 6,325 cases in the past week, is another country where the public is becoming less cautious. “What is striking is that in the past few weeks the French have lost the notion of social distancing and caution,” Jean-François Delfraissy, the French government’s top scientific adviser, said last week.

Appealing to people’s sense of civic duty, he said: “[Our actions] will determine whether we have an epidemic that is manageable or if there are too many clusters that escape control.”

Tourists are a particular worry. Officials are concerned they are picking up the virus in crowded bars and nightclubs at resorts in countries such as Spain and spreading it among family and friends at home.

Markus Söder, prime minister of the German state of Bavaria, warned of “lots of mini-Ischgls” — a reference to the Austrian ski resort that was an early superspreader in the pandemic. “Corona is creeping back, and with a vengeance,” he told newspaper Bild Zeitung.

New restrictions are being brought in to deal with the upsurge in cases. Belgium moved on Monday to toughen social distancing and urge teleworking after a spike around the city of Antwerp, where a curfew has been imposed.

The UK late last week unexpectedly announced that all travellers returning from Spain would have to self-isolate for up to 14 days. The German foreign ministry advised on Tuesday against all non-essential travel to three Spanish regions “due to high infection numbers”.

Germany and France have also introduced mandatory testing at airports for people returning from areas designated as “high risk”, such as the US, west Balkans and Turkey.

“What I find alarming is that we’re increasingly seeing outbreaks within families, among groups of friends, and that seems to be connected to people returning from high-risk areas,” Jens Spahn, Germany’s health minister, said on Monday.

Some experts see troubling parallels with the situation in February and March, when Covid-19 began to spread exponentially across Europe. “All of a sudden the numbers have got bigger, but in fact they’ve been growing slowly over the past month or two,” said Graham Medley, professor of infectious diseases modelling at the London School of Hygiene & Tropical Medicine.

“There isn’t a particular trigger — it’s just part of that process of exponential growth.”

Rafael Bengoa, a former health minister for Spain’s Basque country, blamed the new spike on outbreaks among seasonal farm workers, who live in crowded conditions and are often reluctant to be tracked.

Another factor was “the behaviour of young people . . . in discotheques and bars”, not only in Spain but also in the UK and France. “That’s creating a very negative situation,” he said. “They are assuming they won't get infected.”

Germany had been praised for its success in containing the pandemic so far but its crown has begun to slip. The number of new daily Covid-19 cases rose from about 500 in mid-July to 815 last Friday.

Previous surges were confined to specific locations such as meat factories or old people’s homes. But the latest are spread across the whole country. “We’re seeing a rise in cases in many different communities,” said Ute Rexroth, head of epidemiological surveillance at RKI. “It can be anywhere.”

Public health authorities have also expressed alarm at the big increase in infections in countries that weathered the early months of the pandemic relatively unscathed. Serbia has seen a big uptick, with more than 400 new cases a day. It imposed a draconian lockdown at the start of the pandemic but relaxed it before national elections last month.

Romania is averaging about 1,000 new infections a day and recently overtook Poland to become the country with the highest number of confirmed cases in central and eastern Europe.

German experts are seeing a worrying shift in the demographic of new cases. Many of the first coronavirus infections in February and March were among young people returning from holiday in Austria and northern Italy. Later that changed, as the elderly and people with pre-existing conditions became infected and outbreaks spread in care homes and hospitals.

But it is switching back. “The proportion of younger people has increased again,” said Ms Rexroth. That is alarming, because they can spread the virus to older family members.

“There are now quite a lot of outbreaks connected with families and family celebrations — and in those cases, older people and those with pre-existing conditions can fall ill and die.” 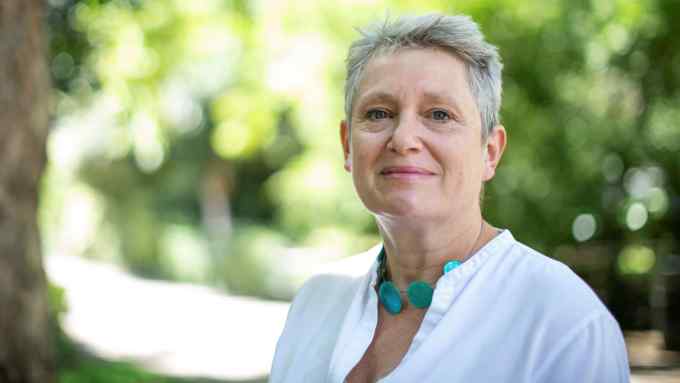