A shift in US investor flows away from mutual funds towards exchange traded funds is being driven primarily by a tax loophole, rather than any inherent advantage of the ETF structure, a team of academics has concluded.

In the past decade, US investors have pulled $1tn from actively managed US mutual funds, with a similar amount flowing into ETFs.

Although the mutual fund sector is still far larger, the majority of US mutual fund ranges have seen net outflows every year since 2014, according to the Investment Company Institute, even as about three-quarters of ETFs have seen inflows.

The dramatic shift is leading some large asset managers, such as Dimensional Fund Advisors, Fidelity and T Rowe Price, to either convert some of their existing mutual funds into ETFs or launch ETF clones of their existing funds.

However, research by Rabih Moussawi, Ke Shen and Raisa Velthuis of Villanova University, the Wharton School at the University of Pennsylvania and Lehigh University, suggests the migration into ETFs is being driven primarily by tax considerations, rather than other factors such as ETFs’ typically lower costs and greater liquidity.

“ETFs’ tax advantage is the main catalyst behind the massive flow migration from active mutual funds to ETFs over the last two decades,” they wrote.

“This was kind of a surprise to us,” said Moussawi. “Everybody speaks of how important fees and underperformance are in driving these outflows [from mutual funds].”

The greater tax efficiency of ETFs, at least in the US, stems from a quirk in the system for capital gains tax.

When mutual fund investors want to redeem their units, the fund sells a slice of its underlying holdings in a “cash” transaction.

If these holdings have appreciated since the fund purchased them, a capital gains tax liability is triggered for the fund and all of its investors, even those who are not redeeming. This liability can also be triggered whenever the fund manager makes changes to the underlying portfolio.

From a policy point of view I think [the different tax treatment of ETFs and mutual funds] should be addressed head on. It’s not fair and it’s not a level playing field

In contrast, when faced with redemption requests, ETFs do not usually need to sell their underlying securities. Instead, they can deliver baskets of securities “in-kind” to their authorised participants, the large banks that create and redeem shares in ETFs.

As a result, the trading activity, and any resultant capital gain, occurs outside the fund so there is no pass-through to the end-investor.

This can make a significant difference. Last year some mutual funds managed by the likes of Columbia Threadneedle, Invesco, JPMorgan and T Rowe Price made capital gains tax distributions equivalent to double-digit percentages of their net assets, with some as high as 30 per cent, according to Morningstar.

Previous research has estimated that a group of about 400 ETFs investing in US equities deferred taxes on more than $211bn of gains in 2018 alone.

By avoiding the distribution of realised capital gains, the average ETF has had a tax burden 0.92 percentage points lower than that of the typical mutual fund over the past five years, Moussawi et al found.

Their research looked at individual mutual funds with relatively high tax burdens and found that they saw more outflows from tax-sensitive investors at the same time as ETFs with similar investment styles enjoyed strong inflows.

Moreover, the paper found that take-up of ETFs is most pronounced among registered investment advisers with wealthy clients, who are most likely to be liable for capital gains tax. In 2017, ETFs accounted for 21 per cent of the overall portfolio of such advisers, compared to 5 per cent for RIAs with clients of lesser means.

This divergence widened sharply after 2012, when President Barack Obama raised capital gains tax rates to 43.4 per cent for short-term gains and 23.8 per cent for longer-term ones (rates subsequently cut by President Donald Trump), the research found.

“The tax change accelerated substitution. People wanted to get out of mutual funds. Tax management is a big benefit of RIAs for wealthy investors,” Moussawi said.

Todd Rosenbluth, head of ETF and mutual fund research at CFRA Research, said he was “surprised” by the finding that greater tax efficiency was the primary driver of flows to ETFs given that “investors that are doing so are paying less and their focus is on relative performance”.

Although the tax liability is, in theory, only deferred, not avoided, it does allow investors to convert short-term capital gains to long-term gains, slashing the tax rate. Even without this benefit, Jack Bogle, the father of index investing, described deferral as an interest-free government loan that is reinvested in the ETF.

Furthermore, Moussawi said some wealthy investors were passing on their portfolios to their heirs “so increasingly we are seeing that these investors are not paying any CGT on their ETF investments”.

The findings come at a time when calls to end the disparate tax treatment of mutual funds and ETFs are starting to gain some political traction.

ETFs’ favourable tax treatment “leads to externalities on other investors and taxpayers,” the paper said. “Policymakers may want to further study who bears the costs of ETF tax efficiency, especially since it presents an unequitable treatment of different investors.”

While “scrapping the exemption would be difficult . . . from a policy point of view I think it should be addressed head on. It’s not fair and it’s not a level playing field,” said Moussawi.

If nothing changes, “we will have [tax exempt] retirement accounts and then all taxable investments going to ETFs. From a tax policy point of view, is this something they want to happen?” he said.

Ben Johnson, director of global ETF research at Morningstar, said many people had raised this issue, which “to some comes across as unfair tax treatment between mutual funds and ETFs, and that the ETF treatment is a loophole that needs closing.”

However, Johnson said: “what Morningstar has long argued is that, if anything, the playing field should be levelled by taxing mutual funds in the same way as ETFs are effectively taxed, and in the same way mutual fund investors are taxed in our other tax regimes.” 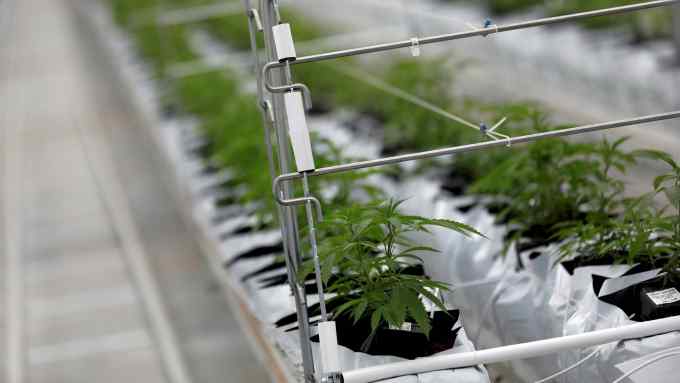