BlackRock and Vanguard, the twin powerhouses of the passive investment industry, look set to grab the lion’s share of assets in the small, but faster growing world of actively managed exchange traded funds.

The finding is likely to disappoint active fund managers, which have been squeezed by the rapid growth of passive ETFs in recent years and might have viewed the rollout of active ETFs as a way for them to fight back and grab a share of the lucrative pie.

BlackRock and Vanguard, which control a combined $3.8tn of the $7tn global ETF market, are currently only the fifth and 13th-largest managers in the active space, which is led by First Trust, Pimco and JPMorgan Asset Management, according to ETFGI.

However, a survey of 320 institutional investors with combined assets of $12.9tn, found BlackRock and Vanguard were the two houses they would prefer to manage their active ETF investments. The juggernauts were in particular tipped to deliver both the strongest performance and the best value for money.

Jed Laskowitz, global head of asset management solutions at JPMorgan AM, which conducted the global study, said that “no doubt familiarity with the top two ETF providers” was a factor in their favour.

However he argued that other managers would still be able to muscle their way in to the nascent market.

“The story is yet to be written on active,” Mr Laskowitz said. “Nine of the top 10 active funds globally are fixed income strategies and as more investment managers get more comfortable with some of the non-transparent strategies and enter the format with active equity ETFs I think there is a tremendous opportunity for many active managers. Active is growing faster, albeit from a much lower base.”

Active ETFs have seen their assets almost quadruple to $194bn since the end of 2016, according to data from ETFGI, as regulatory changes, particularly in the US, have opened the door to active managers unwilling to embrace full transparency of their holdings.

Deborah Fuhr, founder of ETFGI, also said there was hope for specialist active managers, arguing that it was “going to be challenging” for some of the passive behemoths to own the active ETF space “if they haven’t been able to deliver alpha”, or outperformance.

Ms Fuhr said that while not many active houses had yet embraced ETFs, this was changing as more investors came to appreciate their benefits compared to mutual funds, which include lower costs and, in the US in particular, greater tax efficiency.

Yet the specialists will face stiff competition, with BlackRock in June filing to launch its first non-transparent active ETFs, a structure approved by the Securities and Exchange Commission last year that allows managers to keep their precise holdings hidden.

The JPMorgan AM study also found that fear of liquidity problems during a major bear market continued to be institutional investors’ biggest concern about investing in ETFs, but that the proportion citing this as a risk had fallen to 58 per cent, from 67 per cent last year.

Mr Laskowitz attributed this to the industry surviving the chaotic market sell-off in March and April with relatively few problems. 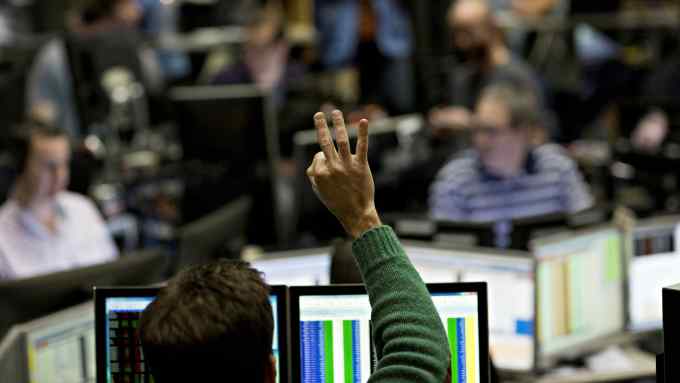